What to Know About CBD and Sustainability 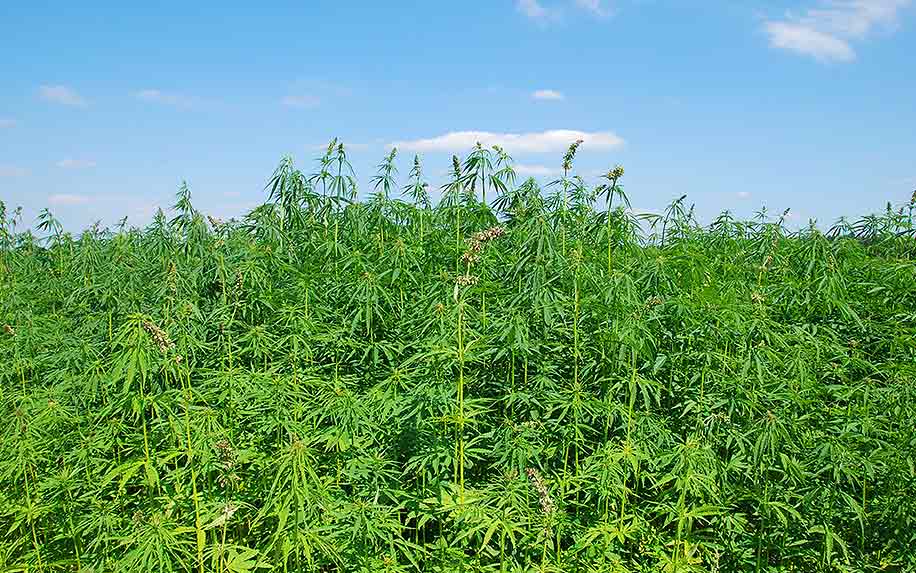 The most environmentally sustainable CBD comes from plants that have been grown outdoors. Image Credit: By David Maska on shutterstock.

Is CBD good for the planet? On the surface, it certainly seems that way. Many brands offer products that are vegan and/or cruelty-free, and cheerful pastoral imagery is commonplace throughout the industry, often accompanied by terms like “natural solutions” and “whole-plant medicine.”

Some brands, like Foria Wellness, are explicit in their commitment to sustainability — and they want everyone to know how green their business is. As their website states, “Here at Foria, we believe that treading lightly upon the earth — with sustainable practices & dedicated environmental stewardship — is a crucial responsibility.” It’s a heartening declaration, but the fact that the brand feels the need to make it at all is an indication of the growing concern over CBD’s environmental impact.

Like their counterparts in the cannabis industry at large, CBD businesses have drawn heat for generating a huge amount of unnecessary garbage — according to a recent article in Green Entrepreneur, the industry “is generating more than a billion units of plastic waste each year.” However, since CBD isn’t subject to the same types of state regulations as cannabis itself, these brands can’t blame their overuse of plastic and other materials on onerous packaging laws. Rather, the desire to differentiate in the eyes of consumers — and provide the convenience they’ve been conditioned to expect — is driving the excessive use of packaging materials by CBD brands, which is even less excusable.

Another issue arises from the way these brands are growing or sourcing their hemp, from which most CBD is derived. Hemp is often touted as a miraculously versatile and beneficial plant, but when grown under the same market pressures as other staples like corn or rice, its environmental impact can be equally negative.

The first way this manifests is in the rise of monocultures — huge areas of land that are dedicated to growing only one crop. One of the reasons CBD is so expensive is because huge amounts of hemp are needed to extract it — compared to marijuana, hemp plants produce much less resin, which contains cannabinoids like CBD. Farmers seeking to take advantage of the CBD gold rush have responded by seeking to grow as much hemp as possible, as fast as possible, regardless of the long-term consequences.

Others are taking a (literally) more balanced approach. “Throughout modern U.S. history, we have seen farmers falling victim to the monoculture cash crop mentality,” as cannabis farmer Casey O’Neill told Project CBD. His own outdoor spread includes 47 varieties of vegetables, which he says both improves the quality of each cannabis crop and ensures that the soil remains rich and nutritive for years to come.

The fact that O’Neill’s hemp is grown outdoors may seem so obvious that it doesn’t warrant mentioning, but it’s also essential for the long-term sustainability of CBD. A number of innovative hemp farmers have started growing their own crops indoors, where they can be safe from the risks of inclement weather and cross-pollination that have ruined many hemp crops in the past. However, while this technique does reduce the amount of variables that can affect a batch of plants, it also requires a huge amount of energy in the form of artificial light and irrigation. Outdoor grow operations have more unpredictability — especially in the face of the world’s rapidly-changing climate — but they also place less stress on the earth’s dwindling resources.

However, they’re not without their issues — the biggest of which is the use of pesticides. Aside from potentially contaminating your CBD product, pesticides also “have serious health implications to man and his environment,” according to a 2009 study in the journal Interdisciplinary Toxicology, contributing to groundwater contamination, decreases in soil fertility, air pollution, non-target organism extinctions, and other issues. Considering that most of the world’s hemp is grown in China — which uses 30 percent of the world’s pesticides on just 9 percent of its crop land, according to a 2018 study published in the Proceedings of the National Academies of Sciences of the United States of America — there’s a strong argument to be made that, currently, CBD is more a part of the problem than the solution.

How CBD Companies Are Trying to Be More Eco-Friendly

With that in mind, a number of CBD companies are trying to take concrete steps toward making their industry more sustainable.

One notable example comes from Veritas Farms, which grows its own hemp to process into a line of products that includes tinctures, topicals, and edibles. Aside from developing their own fertilizer to “balance out the local ecosystem,” as the brand says on its website, it also utilizes “drip irrigation” — which involves slowly delivering small quantities of water directly to the plant’s roots — to minimize the amount of water needed to grow each plant.

Other farms, like the ones used by Foria Wellness to source their hemp, also use sustainable farming methods. These can range from pledging to avoid the use of pesticides to using “no-till/low-till farming,” which allows the soil to replenish its nutrients more easily and also increases its retention of groundwater, reducing the need for extra irrigation.

Meanwhile, some CBD brands are taking a more high-tech approach to farming more efficiently. Integrated CBD — one of the largest industrial hemp growers in America — recently announced that it had installed a sophisticated system of plant sensors at its 10,000 square-foot farm in Yuma County, Arizona. The brand claims these censors will “[streamline] irrigation efficiencies at scale, [optimize] crop productivity and quality, [minimize] expenses and [reduce] overall environmental impact,” according to a press release.

A number of brands are also seeking to make CBD product packaging less of an environmental burden. While single-use “K-cups” (both infused and otherwise) have long been criticized for their lack of ecofriendliness, some brands like Subduction Coffee+Hemp are beginning to offer varieties that are claimed to be completely compostable and recyclable. Other brands, like Hempure, offer their balms, oils, and other products in glass bottles to avoid the excessive use of plastic. And some, like skin care brand emerginC, are turning to paper packaging instead, using nontoxic inks and natural dyes to minimize their ecological footprint.

Hemp-based plastics, which are more biodegradable than petroleum-based varieties, have also been frequently touted as an ideal — and poetic — solution to the CBD industry’s pollution problem. While this doesn’t appear to be economically viable just yet, it does show that, for CBD businesses, the old line about “crisis” and “opportunity” could be unusually apt.