The Most Outrageous (Not True) Claims About CBD 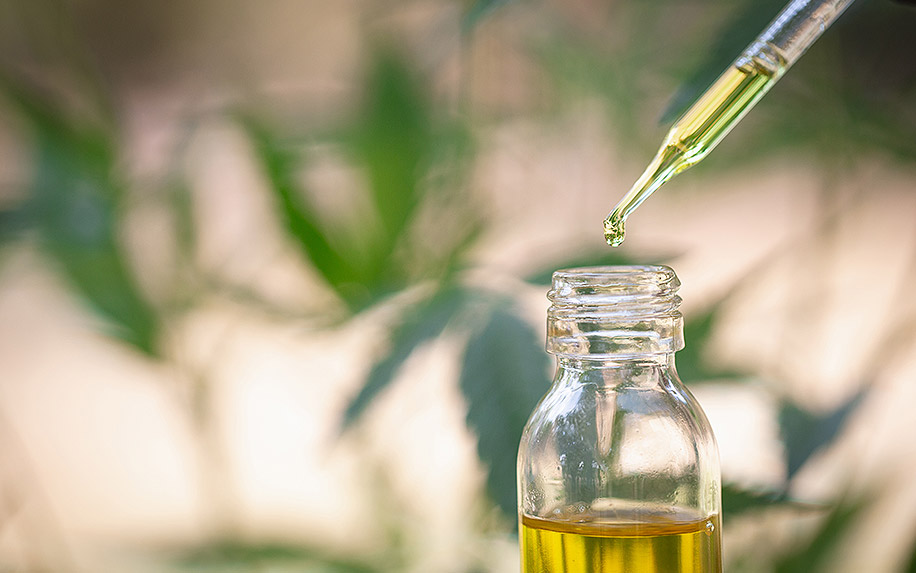 Many of the claims about CBD are vastly inflated — sometimes dangerously so. Image Credit: By Tinnakorn jorruang on shutterstock.

If you believed every breathless headline or marketing claim about CBD, you’d be forgiven for thinking it was a miracle cure-all. But while the non-intoxicating cannabis derivative has been shown to have a number of potential health benefits, many of the claims currently floating around about it are vastly inflated — sometimes dangerously so.

This is different from saying that the compound itself is dangerous. According to the World Health Organization (WHO), CBD has “no potential for abuse and no potential to produce dependence,” and while some experts have voiced fears that long term use at high dosages could cause issues like liver damage, others have noted that the same holds true for substances like Vitamins A and B.

Still, between contaminated products and over-inflated promises of miraculous healing, there’s a lot to be skeptical of in the world of CBD — though now that the Food and Drug Administration (FDA) is finally getting serious about regulation, it could be about to get much harder for brands to push extravagant claims with impunity. The agency just cracked down on Curaleaf, one of the world’s biggest CBD brands, for portraying its products in an overly-rosy light, and the company lost a major distribution deal with drugstore giant CVS as a result.

But while marketing copywriters for CBD brands will likely be more cautious going forward, that doesn’t mean the internet will suddenly be rid of all its CBD-infused misinformation. Here are some of the more egregious examples and why they’re wrong, both scientifically and ethically.

A Brief History of “Alternative Facts” About CBD

The idea that cannabis can be useful for cancer patients is not entirely without merit. Its tetrahydrocannabinol (THC) content makes it effective against the pain and nausea that often accompany chemotherapy, and it can also stimulate patients’ appetite to help them keep their strength up. However, it’s often portrayed as being much more effective against all aspects of the disease than it should be, based on the available scientific evidence.

A prime example of this can be found in Onco’Zine, a healthcare professional-oriented outlet that bills itself as “The International Oncology Network.” In an article titled “How Cannabis Oil Works to Kill Cancer,” it touted the of CBD to induce the death of cancer cells. However, while the study that it cited did find that “cannabinoids show antitumor activity in cell lines and animal modes of cancer,” the authors also clearly stated that “we still do not have data concerning their efficacy and safety from well-prepared clinical trials.” What’s more, they said, those antitumor effects could potentially be outweighed by the tendency of cannabinoids to suppress the immune system, which could actually increase the growth of tumors.

CBD’s ability to treat neurological conditions like Alzheimer’s has also attracted attention in recent years, and there’s again some evidence to back this up — a 2018 review in Surgical Neurology International of existing scientific literature found that “CBD is of particular interest due to its wide ranging abilities and and lack of side effects in a variety of neurological conditions and diseases.” However, it’s an enormous leap to go from that statement to suggesting CBD could be the key to ending dementia, which an unfortunately large number of outlets have done.

A particularly bad lowlight comes from the caregiver-focused platform Dementia Care Central, which is funded in part by a grant from the federal government’s National Institute on Aging. The site features an entire page dedicated to “Using CBD (Cannabinol to Treat the Symptoms of Alzheimer’s and Other Dementias.” The range of hyperbolic and irresponsible claims is staggering, with one of the most notable being a citation of a 2017 study from the Salk Institute that claimed it found “cannabinoids such as CBD could remove dementia from brain cells” (the study actually found that THC reduced the accumulation of a certain protein associated with the disease).

As the Fresh Toast has pointed out, the trend of CBD-related hyperbole is even found among mainstream news sources like CNN, which recently ran a headline that read, “Study finds CBD effective in treating heroin addiction” (you can read here about all the reasons why that’s not quite accurate). This is perhaps the most troubling manifestation of the trend, since it’s the one that reaches the largest audience and is most likely to be remembered. Regardless of where the message comes from, though, anyone who writes a story, blurb, or tagline that could potentially lead a sick person or their family to shun conventional treatment in favor of an unproven “remedy” should seriously reconsider what they’re doing.

Consumers can protect themselves to an extent by seeking out information on CBD from primary, reputable sources — think third party lab tests, certificates of analysis, and scientific papers on PubMed. But realistically, most people don’t have the time to spend four hours a night poring over the finer points of a gas spectronomy analysis. The onus should be on the media — and the marketers — to finally start telling the truth about CBD.