The Benefits and Risks of Using CBD 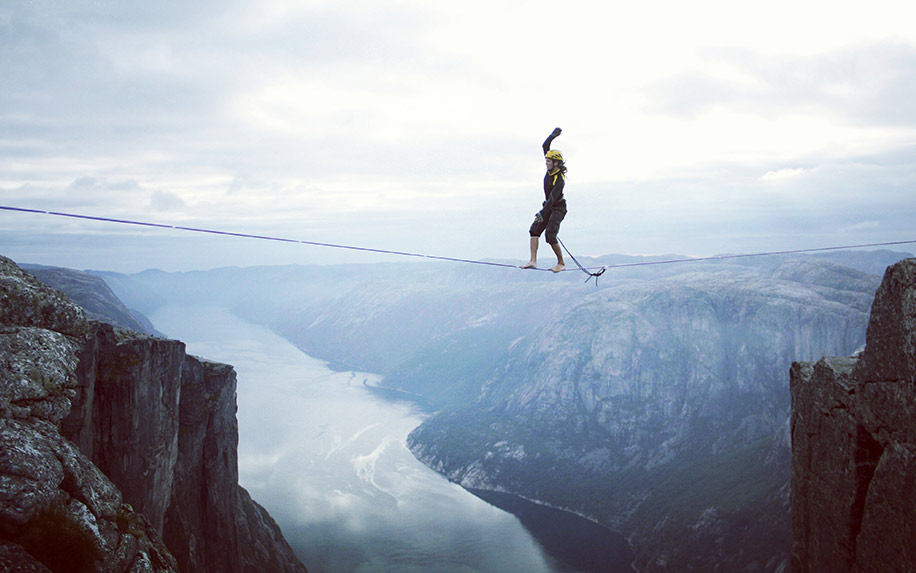 As we know Cannabis and its many variances have been used for hundreds of years and today nothing has changed. Many people smoke it as a glaucoma treatment, use the CBD oil extracts for pain relief (and for other disorders) and use THC infused CBD oil for serious medical illnesses such as Parkinson’s Disease and Multiple Sclerosis.

This means there is plenty of anecdotal evidence for people to base their opinion on with an increasing number of medical experts and scientific studies providing findings too. However even with all this evidence, questions still remain such as “what are the risks associated with using cannabis based medications (Cannabidiol – CBD)?”

Like any medication, those wishing to use CBD should do proper research or seek professional medical advice before using it. Also, similar to modern medications, people can experience side effects from some of its properties and it could also interfere with other medications they are taking.

Due to many conflicting reports from sides for and against the use of medical cannabis and CBD based on various motivations it can be hard for people to make a well informed decision. This article aims to dispel the misconceptions and provide accurate information on CBD and its potential risks and benefits.

What is CBD? CBD stands for cannabidiol. It is extracted from certain varieties of cannabis including hemp. Hemp has been at the for front of CBD production in recent time due to the obvious legal restrictions regarding cannabis. As a natural substance, CBD is one of over a hundred chemical compounds known as cannabinoids.

Cannabinoids have been found and in some cases proven (in closer studies) to provide medical benefits for a range of illnesses and disorders. One of the more restricted cannabinoids you should know about is THC. THC is a cannabinoid found in the cannabis plant which has huge neurological potential i.e. treating Parkinson’s Disease, Multiple Sclerosis and ADHD to name a few.

However because it is widely known to give you a “high” it has a restricted use in most parts of the world and in certain states within the United states. This means if you are worried taking CBD oil will get you high then you need not worry any longer.

All you have to do is steer clear of any CBD based products with influential amounts of THC within it. CBD is the second most abundant cannabinoid of the cannabis plant. What makes cannabinoids so important is that many of them mimic the function of endocannabinoids.

Endocannabinoids are just like the cannabinoids from the hemp and cannabis plants but because we generate them ourselves they are called endocannabinoids. Endo means endogenous i.e. created from within. These endocannabinoids influence and regulate our brains, our immune and nervous system to ensure they remain in balance.

For example, CBD interacts with the CB1 receptors which are found in the brain but mostly in the immune system. Therefore it could be theorized that CBD can be used to help with issues that stem from the immune system and in some cases it has been proven.

Sadly there is no simple answer to this question. CBD is safe, however because it is classified as a controlled substance, states in the US have to individually vote to legalize it for both recreational and medical use. We have compiled a list of the states CBD is legal in which you can use to check out before you consider purchasing it.

The legal confusion lies around the extracts of THC (gets you high) found in CBD oil produced from the cannabis plant. It would be better to source treatments made from hemp which have no traces of THC in case you are worried about the legal side of things.

The Proven Benefits of CBD

CBD has become widely accepted as a natural remedy to relieve anxiety and inflammation. Moreover, new benefits are being discovered on an annual basis. We examine the most prominent benefits of CBD below:

Anti-Inflammatory Properties
CBD has been proven to have natural anti-inflammatory properties. This means it can be an effective supplement for people suffering from a number of inflammatory diseases, such as arthritis, tuberculosis, asthma and even Crohn’s disease to name a but a few.

Inflammation is responsible for a wide range of everyday health problems as well, including stomachaches and headaches. It’s basically the reaction of our bodies to some harmful stimulus (virus/bacteria). It naturally happens when our bodies fight off infections, but if the immune system goes wrong, it may target healthy cells as well!

Conventional over-the-counter anti-inflammatory drugs include NSAIDs (Non-Steroidal Anti-Inflammatory Drugs) such as Advil. NSAIDs, though powerful, should not be used for more than 10 days straight. They also come with a range of side-effects, which CBD lacks.

Even though research is still in its early stages, CBD has been shown to be an effective alternative to anti-inflammatory drugs.

Chronic Pain Relief
Chronic pain is pain that lasts for more than 12 weeks. Symptoms of chronic pain include:

According to the US Department of Health, 11.2 percent of American adults (25.3 million people) suffer from chronic pain. Most rely on expensive and powerful drugs to manage it. While CBD does not promise to eliminate the cause of pain, it has been found to help alleviate pain symptoms and make people feel better.

As mentioned before CBD has been shown to be effective for treating the cause of arthritis but in this case it could be used to treat both the cause of the arthritis and the pain symptoms which come with it. There are two types of arthritis: rheumatoid arthritis and osteoarthritis which affect millions of Americans each year but before CBD is used as the main treatment for it, further study and medical testing (for health and safety and dosage creation) is needed.

Anxiolytic (or Anti-Anxiety) Properties
CBD has also been proven to have strong anxiolytic properties. It helps relieve anxiety without giving people a “high.” Unlike THC, CBD does not cause the type of intoxication typically associated with marijuana. CBD works with your brain and immune system CB (Cannabinoid) receptors CB1 and CB2. Scientists believe CBD alters serotonin signals to reduce anxiety while also regulating any chemical imbalances which could be making you feel nervous etc.

Antibacterial Properties
CBD has also been proven to inhibit the growth of MRSA (Methicillin-Resistant Staphylococcus Aureus), a strain of Staphylococcus that is resistant to conventional antibiotics. CBD’s effects on the growth of the MRSA bacterium show promise for the use of CBD in treating a range of infections.

Relaxing Properties
In a similar way to treating arthritis and anxiety, CBD can help with relaxation issues with zero psychotropic side effects. It’s all about regulating your bodies chemical balance. This is also useful when you consider the need to relax after physical therapy for chronic pain. Obviously since CBD can help you relax this makes it a great aid in helping people sleep as well which is great news for those who suffer from insomnia.

Additional Antioxidant Properties
Through both anecdotal and scientific study it is said that CBD can provide better antioxidants than others. This was recorded through a process called cyclic voltammetry details the characteristics of antioxidants. This would mean that CBD has the potential to starve harmful bacteria and viruses of oxygen they need to strive and harm our bodies.

Anecdotal evidence also reports success in using CBD to treat everything from epilepsy, schizophrenia, convulsion/spasms, cancer as well as the side effects of many overpowering harmful treatments such as chemotherapy. It is important to note here that the effectiveness of CBD against these conditions has not been 100% scientifically proven yet, and CBD is not approved by FDA to treat these conditions.

What else should you know about potential risks of CBD?

Allergic Reaction: Though extremely rare, cases of CBD allergy have been documented, but it should be noted that it can also relief allergy symptoms as well.

Pregnancy and Lactation: CBD is safe for adults, but it must not be consumed by pregnant or lactating women. Like most consumables (alcohol, nicotine etc) traces of it might pass through the placenta or into the milk.

Traces of THC: Another CBD risk is the presence of THC in most CBD products in trace amounts. The processes that isolate CBD from the rest of the cannabinoids is never 100% thorough, which means tiny amounts of other cannabinoids are in your CBD supplement.

This is no issue unless consumers have an intolerance to some other cannabinoid or a specific reason to avoid THC altogether. When sourcing CBD oils or treatments make sure you ask for goods with low THC levels to the point that they will not influence you. This will ensure you consume as little THC as possible.

Legal Issues: CBD is legal in most countries, but many CBD-related products that also contain THC are not. The legal status of cannabis products is complex. A real CBD risk lies in confusing products and getting to purchase something that is illegal in your state or country. Make sure you fully understand which country and states CBD is legal in before you buy.

FDA Approval: It is also important to note that the US Food & Drug Administration (FDA) does not currently approve CBD as a medical treatment for any of the conditions listed above. This does not mean CBD is useless, but that science has yet to decide on the full extent of its applications. As with any alternative treatment, it is important to consult with your doctor before trying CBD supplements.

Staying Up to Date

CBD has already helped countless people deal with a range of problems, ranging from anxiety and inflammation to more difficult to treat issues such as chronic pain and even Parkinson’s Disease. With countless CBD supplements and alternative therapies becoming available, it’s hard to tell the good facts from the bad.

That is why it is important to consult with reputable authority sites when making health and wellness decisions. However it is most important that you seek professional medical advice before considering any form of medical treatment regardless of potential benefits. A doctor can always advise you better than any website.