An Overview of Just a Few Medical Cannabidiol (CBD) Benefits 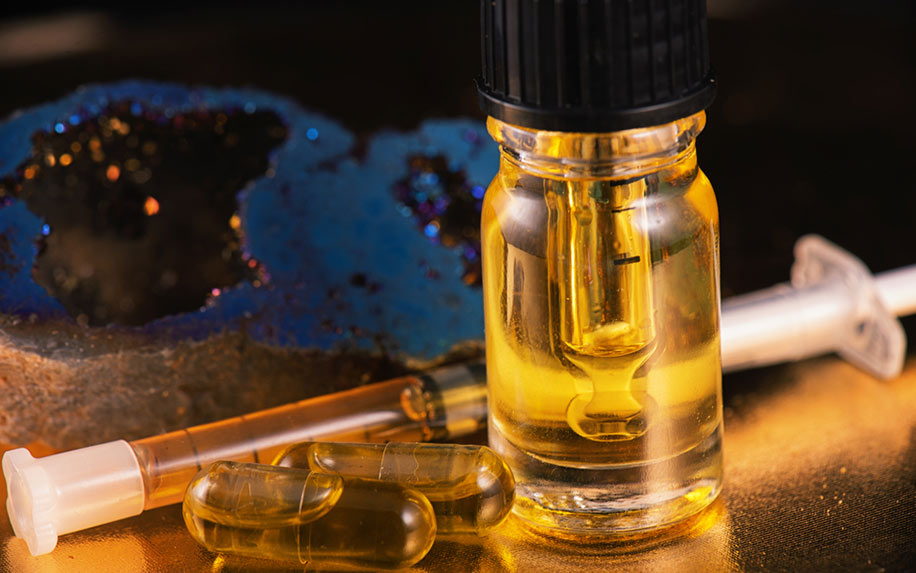 The active psychoactive ingredient in cannabis sativa is tetrahydrocannabinol (THC). It is what produces the high of smoking or ingesting marijuana. Because of this, growers of recreational marijuana have increased its concentration in their crops such that marijuana is much stronger nowadays than it was even a few years ago. But while THC is the only known psychoactive component of the plant, pharmacological and medical researchers have also been busy studying another substance in cannabis that shows remarkable potential for treating a wide array of illnesses. This substance is called cannabidiol (CBD for short).

While CBD in absence of THC does not get you high, research into its medical uses is showing encouraging promise for a wide range of illnesses. For a number of reasons, CBD has not been subjected to as much study as the so-far encouraging results would seem to warrant. These reasons include legal and regulatory complications, the relative novelty of experimental CBD treatments, and misunderstanding among the wider population. Therefore, in pretty much every case, the treatments mentioned below have not been studied widely or even subjected to proper scientific peer-review. However, interest among enthusiasts, scientific researchers, and medical professionals is growing. Because of this, supporters of cannabis-derived medicine largely have reason to be optimistic about the future of the industry.

Case Study of a Successful CBD- and THC-derived Treatment – Nabiximols

Nabiximols (Sativex) is a plant-derived drug developed by GW pharmaceuticals whose purpose is to treat multiple sclerosis (MS) epilepsy symptoms such as spasticity, neuropathic pain and an overactive bladder. In the UK and 24 other countries, doctors are able to prescribe Nabiximols for epilepsy and other disorders. In some cases, because of the unfortunately murky legal aspect of cannabis-derived medicine, doctors resort to prescribing it in an unlicensed way. The drug, which comes in an oral spray form, contains a 1-to-1 ratio of CBD and THC and is taken by thousands of patients.

In a study of people living with MS epilepsy, 74% of subjects reported at least a 30% reduction in spasticity, and 82% of their carers reported an improvement in their daily living. In a 2007 meta-analysis of a number of studies of Nabiximols, researchers concluded that the spray is an effective treatment of seizures.

Other CBD Treatments and Benefits

It doesn’t stop at multiple sclerosis pain. Researchers are studying CBD’s limited interaction with CB1 receptors. This research demonstrates a neuroprotective effect that may counteracthe t effects of glaucoma, MS, Alzheimer’s, and Parkinson’s.

CBD is an anticonvulsant that has been shown in anecdotal cases to be more effective than the cocktail of prescription drugs often administered to children and others who experience epileptic seizures. Since the early 1970s, animal studies of have shown clear evidence of CBD’s anticonvulsive properties. In a 2013 survey conducted online, parents of children living with treatment-resistant epilepsy reported an 84% seizure reduction rate.

One of the areas in which some of the results have been very clear is inflammation. CBD blocks cannabinoid receptors in the ECS that would otherwise cause painful, irritating, itchy, or unpleasant inflammation in acute lung injury, eczema, acne, and intestinal disorders like irritable bowel syndrome.

In rats, CBD has been shown to reduce infarct size (swellinga of heart during a heart attack) and stop arrhythmia (irregularity of heartbeat), which could greatly help people who have cardiovascular disease.

CBD has even been shown to fight cancer by interfering with the growth of malignant cells and regenerating healthy tissue. This web page published by the National Cancer Institute gives an exhaustive overview and history of the range of medical marijuana treatments for cancers.

It is an analgesic, or painkiller, making it possible for people who suffer from pain to take lower doses of opioids. In the midst of the disastrous opioid epidemic the United States is currently in, people concerned with public health would do well to consider CBD’s potential as a replacement for oxycodone, fentanyl, and other dangerous though widely prescribed (and widely abused) opioids.

The Endocannabinoid System – a Vial System

In the past half century, various studies have revealed the existence and wide scale of what is called the endocannabinoid system (abbreviated as the ECS) present in humans and other mammals. The ECS is a system of protein receptors in the body’s cells that interact with compounds known collectively as cannabinoids. The parts of the ECS that interact with them are called cannabinoid receptors. There are two main kinds of these cannabinoid receptors: CB1, which are found mostly in the central nervous system and CB2, which are found on what’s known as the periphery, meaning the nervous system exterior to the central nervous system.

How it works is that CBD is an antagonist to CB2 receptors, meaning it blocks the receptors from interacting with endocannabinoids. The research so far shows that this blocking of interaction can alleviate symptoms like inflammation, pain, itching, and irritation. For example, CBD oil has been shown to be an effective treatment for eczema, acne, and other skin disorders, leading researchers to theorize that CBD oil brings a proper balance to skin lipid levels and alleviates inflammation in the affected area. Researchers are discovering the links between the ECS and inflammation. Since there are cannabinoid receptors throughout the nervous system and in other body cells (like the skin), it is reasonable to predict that the more we understand the ECS, the more we will understand the human body.

CBD, Legality, and Regulation: Utter Confusion at Every Turn

Despite these facts, the federal government has been no great friend to medical cannabis. In a number of cases, the Food and Drug Administration (FDA) has filed cease-and-desist orders against distributors of medical CBD on grounds that might be described as Kafkaesque: on one hand the FDA tested their products for CBD and found it was not present, or was not present in the quantities the companies claimed in advertising. On the other hand, the companies made health claims about CBD the FDA regarded as unsubstantiated. This presents something of a logical dilemma: if CBD isn’t a medicine worthy of approval, it shouldn’t matter to the FDA what quantities are present. If, on the other hand, CBD is a medicine worthy of approval, the FDA should at the very least leave CBD companies alone and focus its resources somewhere else.

While it is true that the FDA is obligated to enforce the laws and policies handed down by Congress and the president, the reality of a government body acting in such a schizoid way—implying that CBD oil is an effective medicine on one hand, and insisting that it’s not—reveals something about us as a society: At worst, we’re of two irreconcilable minds and will never be able to move forward on medical cannabis. At best, we are in a difficult transition period during which people are gradually coming to their senses about the relative harmlessness and potential benefits of cannabis both medical and recreational.

ndustrial hemp contains only trace amounts of THC. Unfortunately for those who want to produce or obtain medical CBD, hemp also usually contains a lower concentration of CBD and other cannabinoids. The barrier to obtain approval for medical research in cannabis is restrictive. Scientists who wish to conduct trials of medical cannabis must receive permission from three governmental bodies: the FDA, by filing an investigational new drug (IND) form, the Drug Enforcement Agency (DEA) by obtaining a Schedule I license, and the National Institute on Drug Abuse.

In this author’s opinion, these draconian barriers prolong the suffering of people who might benefit from new cannabis-derived treatments. Until the government makes it easier for scientists, researchers, and medical professionals to study every part of the cannabis sativa plant and all its derivatives are fully legalized for medical use, cannabis’s full healthcare potential may never be known.