Is Your CBD Contaminated? What Labs Find in Popular CBD Brands 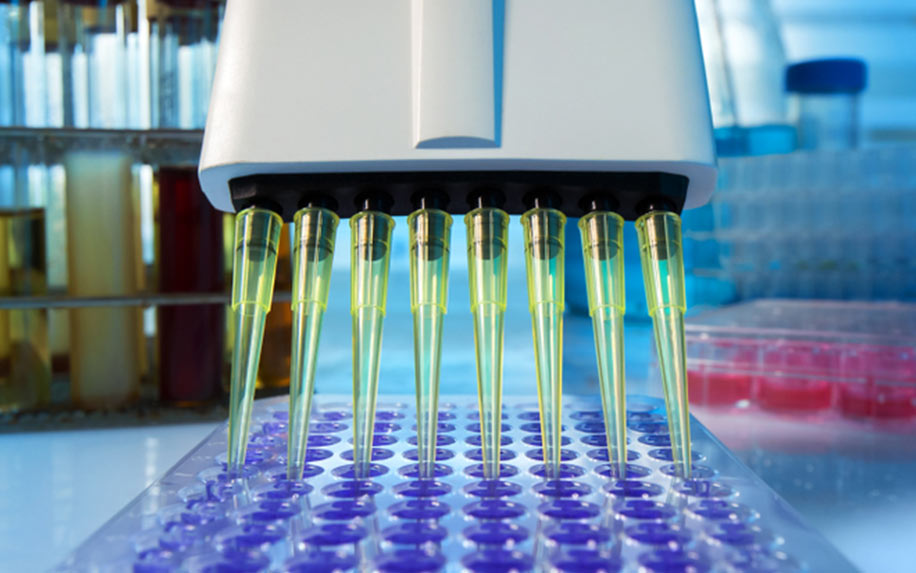 It’s no secret that many CBD products are of dubious quality, to put it mildly. Sometimes, the warning signs are obvious: The price is too low, the health claims are too hyperbolic, the product is sold on Amazon (which expressly forbids the sale of CBD). In other cases, though, you need a microscope — or, more likely, a mass spectrometer — to see what’s wrong with that tincture, topical, or edible you just bought.

The plague of low-quality CBD products has caught the attention of the Food and Drug Administration (FDA), and many brands (at least the more reputable ones) have responded by loudly advertising the fact that their products are tested by independent third-party laboratories — a move intended to both boost consumer confidence and avoid potential legal problems with federal authorities.

However, the results of many of these lab tests have yielded some troubling findings. Vape oils, in particular, are notorious for containing a wide range of dangerous chemicals, while the contents of other products often bear little resemblance to what’s on their labels.

As Conor Jenkins, lab manager at California- and Maryland-based Think20 Labs, told cannabisMD in an exclusive interview, “We have found products that do not contain the advertised amount of cannabinoids in them, along with e. coli failures, unknown compounds, and some oils that contained no cannabinoids at all.”

While no CBD user is likely to be excited about the presence of contaminants (or the absence of cannabinoids) in their expensive new product, this poses particular risks for vulnerable populations. According to Jenkins, contaminated CBD “can be dangerous to people, especially children, the elderly, and immunocompromised individuals. Also, contamination can have a negative effect on pregnant women and their unborn children.”

But what exactly do we mean when we talk about “contaminated CBD products?” Are some contaminants more dangerous than others? What kinds of consequences can they have?

Let’s take a closer look at what scientists are finding in your CBD.

The Most Common Contaminants Labs Are Finding in CBD

Due to the lack of FDA regulation on CBD products, there are no universally-required tests that all labs must run. However, most (reputable) labs test for a similar set of contaminants that the scientific community recognizes as potentially harmful to human health.

As Jenkins says, “The most common product contaminants that we test for are pesticide/mycotoxin exposure, heavy metal exposure, residual solvents, and microorganism contaminants such as e. coli, salmonella, mold, yeast, and other aerobic contaminants.”

Obviously, none of these sound particularly enticing as an ingredient in your CBD oil. But as Jenkins explains, the mere presence of Substance X isn’t always a sign that a given product is dangerous. “There are chemical contaminants that we come into contact in our everyday [lives], whether [they are] in our drinking water, the food we eat, the air we breath, or the manufactured items we have lying around our homes,” he says. To get a clearer picture of a product’s quality, Jenkins believes, “The important thing to look at is the exposure limits.”

Again, since CBD isn’t federally regulated, there’s no universally-accepted standard for permissible exposure limits — nor any standard at all, for that matter. Labs are largely left to their own devices to determine what levels of contamination are safe or not, though some follow state-specific cannabis regulations (Jenkins says California’s are the most stringent). You’ll need to take a close look at your product’s lab report — ideally, you’d then compare it against those of similar products, though realistically few people will have the time or inclination for this — to know what levels of contaminants are “acceptable.”

Speaking of lab reports, here are the key categories of contaminants you should look for:

According to Jenkins, when it comes to pesticides, “Currently I am concerned about the use of glyphosates [in] products, especially with all of the press that is revolving around the Roundup issue. If the impact is as large as it is being reported, much more scientific testing should begin on the negative impacts on human health and regulations should change accordingly.”

Glyphosate is widely regarded as a dangerous carcinogen. Bayer AG, the maker of Roundup, has been the subject of a flurry of lawsuits in recent years, with many users alleging that using the popular pesticide caused them to develop non-Hodgkin lymphoma. Recently, a California couple was awarded $2 billion in damages after a judge ruled that the pesticide was responsible for giving them bone and brain cancer.

The use of pesticides like glyphosate on hemp crops, from which most CBD is derived, is troubling because the plant is a bioaccumulator — meaning that it absorbs whatever materials are present in the soil in which it’s grown.

The dangers of heavy metals are well-known — “Everyone’s heard of lead poisoning, right?,” says Jenkins — but many states have taken a curiously hands-off approach to regulating them. According to Jenkins, “There are states like Oregon that do not even require [heavy] metal testing of cannabis.” Since many labs rely on these same standards for testing CBD, this is a worrisome state of affairs — especially considering the health risks that heavy metals can pose.

Lead poisoning has become a national issue due to the ongoing tragedy in Flint, Michigan, where 100,000 people were exposed to elevated levels of lead after the city switched its water supply. Researchers found that “[fertility] rates dropped by 12 percent while fetal deaths rose by 58 percent,” as reported by PBS.

Other heavy metals can be equally harmful —as Jenkins explains, arsenic is a common ingredient in rat poison, while mercury is rapidly absorbed into the skin and lungs, where it wreaks havoc on the bloodstream.

To extract and process CBD from hemp or marijuana plants, many companies use industrial chemicals to help separate the cannabinoid from the plant material. Some of the most common ones include butane, propane, and ethanol — which all sound like things that belong in your grill or gas tank, not your CBD oil.

However, Jenkins believes that the fears over these particular solvents may be somewhat overblown. In the case of butane or propane, the solvent evaporates so rapidly that it tends to have disappeared by the time a product reaches its user. And while neither Jenkins — nor any medical expert — would recommend guzzling a gallon of ethanol, at the end of the day it’s still just alcohol, and a tiny amount of it is unlikely to cause serious problems.

That’s not the case for another solvent, though: Benzene. According to Jenkins, this is the most dangerous solvent found in CBD oil, because it can cause rapid cellular death. The Environmental Protection Agency (EPA) has found significant levels of the substance at 1,000 of the nation’s 1,684 most contaminated hazardous waste sites, and the World Health Organization (WHO) states that, “Human exposure to benzene has been associated with a range of acute and long-term adverse health effects and diseases, including cancer and aplastic anaemia.”

While many CBD products boast about having organic or all-natural ingredients, uninvited organisms like e. coli, salmonella, mold, or yeast aren’t any better for your health than the inorganic contaminants above. As Jenkins says, “All these microorganisms can be dangerous to people, especially children, the elderly, and immunocompromised individuals.”

To make matters worse, they have no shortage of opportunities to get into your CBD product. “Contamination,” says Jenkins, “can come from the farms themselves, the processing plants, the raw materials, the packaging process, and several other places.” Many people have joked about the incongruence of selling health-boosting CBD at dingy gas stations and bodegas, but in reality contaminants are more likely to get into your product several steps earlier in the supply chain.

As Jenkins explains, “E. coli and salmonella are typically results of unclean growing/processing practices,” while “mold and yeast can come from moist [or] damp environments wherever the plant [or] other raw materials are stored.”

Short of growing your own hemp plants, extracting your own cannabinoids, and manufacturing your own products, there’s no way to be 100 percent certain that your CBD is completely free of contaminants (and even then, your odds aren’t great). However, by knowing what to look out for — and how to tell if a lab is trustworthy or not — you’ll have a much better chance of picking a winner.