How to Go from Industrial Hemp to CBD Oil 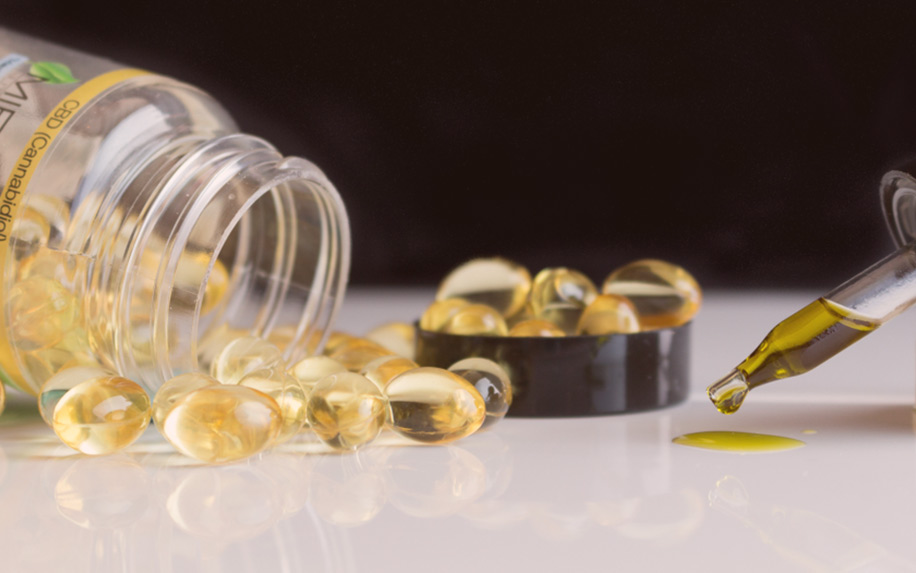 Hemp is an amazing product. You can do so many things with it. Keep reading to learn about making CBD oil from industrial hemp, and why its a good step forward.

As we continue to discover new medicinal qualities of CBD oil, more states have begun to change their laws to allow treatment for debilitating conditions. This life-changing oil made from industrial hemp is starting to become more accessible than ever.

But even for those unlucky few whose states have not yet changed their cannabis laws, relief can still be found in hemp-derived CBD oil products. This is because hemp has very little potential to produce a crop with high THC content when it is pollinated.

That means that in states where cannabis remains illegal, CBD oil can often be found. So how do these growers create this specialized crop? How does a field of plants become a life-changing liquid? Keep reading to find out.

What is Industrial Hemp?

When laws were first put in place regarding industrial hemp, they focused on resin content as the chief contributing factor for distinguishing between cannabis and hemp. Today, this calculation has changed.

Federal law now takes into consideration just the THC content of industrial hemp when characterizing it. Any plant matter with less than 0.3% THC can legally be considered industrial hemp. This is a measure of the total percentage of its weight in THC when dried.

This 0.3% figure may seem a random choice, but it wasn’t. When the DEA was investigating hemp food products like hempseed oil, they originally tried to ban them across the board.

But this attack on hemp food commerce was not to last. Through litigation by the Hemp Industries Association, they were able to find a way to make hemp products legal in all fifty states.

After the Hemp Industries Association won their battle in court, there was still no law on the books making 0.3% the standard amount of THC allowable in industrial hemp.

It wasn’t until 2014 that the federal government passed a new agricultural act making the figure official. It defined industrial hemp for the very first time in US history and stated clearly what differentiated it from cannabis.

These laws changing made it so that products made from hemp did not have to be imported anymore. Instead of buying hemp grown abroad, for the first time American farmers could grow their own crop legally.

Industrial hemp has fueled the US nation since the establishment of the country. In fact, George Washington and Thomas Jefferson were both growers of hemp.

In their time, refusing to grow hemp in America was against the law in Virginia. Their crops were used for everything from making schoolbooks to paying taxes. Hemp was in the majority of cloth and linen before the introduction of Eli Whitney’s cotton gin.

In addition, for many years most ship’s sails and ropes were made of hemp. In fact, the word ‘canvas’ derives from the same Middle English word as cannabis.

Some of the most famous objects made from hemp include the first bibles, Betsy Ross’s flag, the Declaration of Independence, and the US Constitution.

Hemp was used in so many things that it was the first crop grown in many states. Its roots can be traced all the way back 5000 years to China and ancient Egypt.

Cannabidiol, also known as CBD, is one of the three main chemicals that are found in the trichomes of a cannabis plant. It has been gaining attention in recent years with many studies showing a wide potential of applications for the chemical.

CBD can be found in every cannabis plant but there are some plants that contain higher concentrations than others. Specific strains of cannabis are bred to be able to have the highest CBD content with the lowest content of THC.

The plants that have the lowest concentration of THC are industrial hemp plants. But these plants are still loaded with CBD. There are a number of different ways to extract this valuable chemical from its plant matter.

The methods involved are relatively simple and use very little equipment. The most popular extraction technique is to use some kind of solvent. One of the most popular choices for solvents is CO2 because of its availability and ease of access.

Using a Liquid Solvent for Extraction

By using a liquid solvent, plant material like flowers and trimmings can be transformed into CBD oil. In this method, the plant matter is put in a container and mixed with a liquid such as butane, isopropyl alcohol, ethanol, or hexane.

These liquids strip the plant matter of cannabinoids and the flavors that accompany them and deposits them into the form of an oil.

This extraction method is very beneficial. It is the most simple and inexpensive way to successfully extract CBD. But there are some downsides.

One of the biggest downsides is that using a solvent can leave traces of it in your finished CBD oil if you are not meticulous about your process. That means that you need to take precautions to prevent product corruption.

Also, some of the solvents that are used to extract CBD from industrial hemp simultaneously remove chlorophyll from the plant matter. This can cause your finished product to have a green tinge and a more bitter flavor.

However, both of these issues can be accounted for and managed with a thorough procedure in place. It remains the most common method used to extract CBD from industrial hemp.

Carbon dioxide is one of the most popular solvents used to extract CBD from industrial hemp. This is because CO2 is such a unique molecule. It can exist in any state of matter – liquid, solid, or gas.

The state of CO2 depends largely on the pressure applied to it and the temperature that someone decides to store it at. The warmer the temperature in the room, the more likely the CO2 is to transform into a gas state.

The calculations involved in keeping CO2 in the right state are very specific. Because of this, CO2 extractions generally take place in a closed-loop extractor. This is a machine with three chambers used to separate plant matter from its chemical makeup.

The first chamber of a closed CO2 extraction system holds solid CO2 that is then pumped into the second chamber that is full of plant material. Then, in the third chamber, the final product separates itself.

The second chamber is the most important part of the process. It must be kept at a specific temperature and pressure to cause the CO2 to act in a liquid-like state known as a supercritical state.

In this state, CO2 is suspended between the states of liquid and gas. Attaining this state is the best way to ensure a good batch of CBD oil.

In the last chamber, temperature and pressure are still important, though in a different way. This chamber is kept at a lower pressure and a higher temperature than the second one.

The reason for the difference is that the CO2 gas needs to rise to the top of the chamber so that the oil can collect at the bottom for consumption.

This process is a very beneficial way to manufacture CBD oil. That is because it doesn’t require any long evaporation processes and you have a minimal risk of contamination in your finished product.

If you do not have the industrial equipment, you can still manufacture your own CBD oil. Home-producers have found a very simple way to make CBD products.

First, you must decarboxylate your hemp. This means that you mix it with an oil, often olive oil is recommended, and heat it to a specific temperature around 100 degrees Celsius for a period of one to two hours.

Unfortunately, if you choose to use this method, you will not be able to evaporate away your olive oil after the process. That means that you will have to consume more of the oil than the more highly concentrated products that come from CO2 extraction.

In addition, the oil that is made by this process is very perishable. It is best that you use it quickly and store it in a cold, dark place in the meantime.

Although this method isn’t good for industrial hemp producers, it is a safe and inexpensive option for enthusiasts to attempt.

The two most popular methods for collecting CBD from industrial hemp are CO2 extractions and oil extractions. But the technology in this field is always evolving. In the coming years, we can expect to see new processes develop and expand.

Depending on your specific circumstances, choosing the right extraction process is paramount. That way you can get the strength and flavor you desire consistently.

For More Information on Cannabis and Hemp

As new laws expand the rights of cannabis growers, new discoveries are being made every day. From revolutionary uses for products to more efficient production processes, it is only a matter of time before hemp-based products gain their place in the average American household.