Emerging Science and Effects of CBD 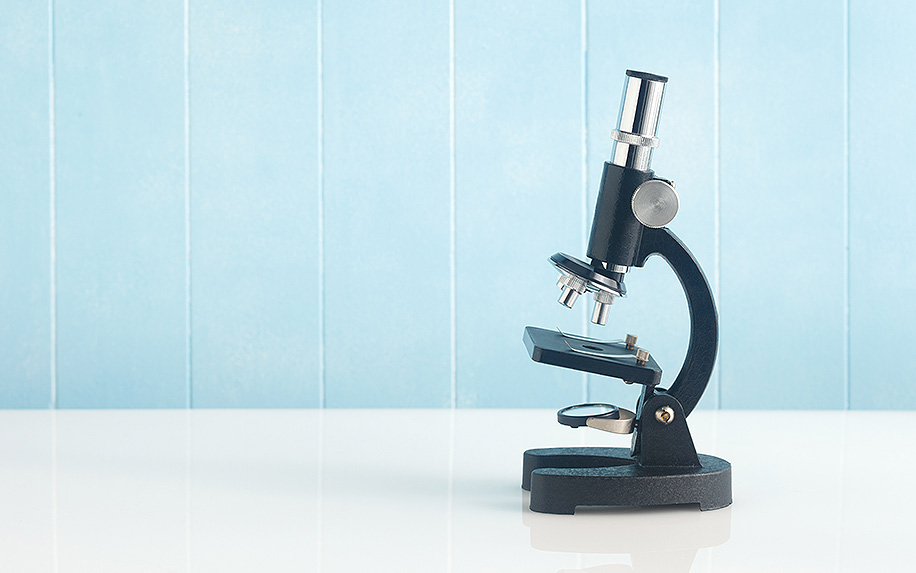 New advances in science, and the use of CBD oil is allowing the body to rejuvenate. People have searched for the fountain of youth for thousands of years, anti aging might be right below our noses. But even more than healing skin, there is substantial amount of science justifying the medicinal use of CBD oil in many other applications.

Cannabis sativa, and the marijuana plant–which is often cultivated with industrial hemp–and collectively are called cannabis, contain 85 cannabinoid compounds that can be used for medicinal benefits. The two major cannabinoid compounds are THC and CBD. THC, or tetrahydrocannabinol-9, is the psychoactive component of cannabis. A psychoactive drug is one that has the potential to alter human consciousness, and therefore, recreational use of psychoactive substances are deemed “illegal,” but medicinal use of THC is legal in many states across America (currently 26 states). The industrial hemp plant contains less than 0.3% THC.

CBD, or cannabidiol, is not considered a “psychoactive substance.” CBD oil, which is naturally derived from the hemp and cannabis plants, does indeed have many potential medicinal benefits. It has been widely studied since the 40’s where the findings showed it was useful in treating pain, anxiety, help with sleep and inflammation based conditions. In one study, CBD was used to decrease the addictive use of marijuana. And emerging studies in laboratory mice now suggest CBD has an amazing potential for the rapid treatment of depression.

For example, the human body naturally produces anandamide. Anandamide is termed the “bliss molecule,” and chemically it looks nearly identical to THC. It is understandable then, that THC has a preponderance for overuse, or abuse. The endocannabinoid receptors are found mainly in the central nervous system, but are also found in many organs in the body, including the reproductive organs, and the immune tissues and cells. Cannabinoids–THC and CBD–affect the activation of inhibition of certain neurotransmitters. Anandamide is a neurotransmitter with several functions, including regulating the perception of pain.

The human brain has the ability to uptake CBD through the various receptor pathways of the endocannabinoid system. These receptors modulate the brain’s neurotransmitters which are responsible for, among other things, enhancing mood, increasing immunity, and decreasing pain. The effects of CBD proves it is efficacious in enhancing the safe and non-habit forming delivery of these essential neurotransmitters. Numerous studies show CBD has an excellent history of safety, and that it is well tolerated by test subjects with little or no known side effects, whether administered orally, intravenously, or inhaled..

Since the brain uses several pathways to uptake cannabidiol, it has many therapeutic uses. This means that CBD is polypharmacological. One therapeutic use is in treating the overactive brain associated with certain anxiety disorders. The neurotransmitter gamma-Aminobutyric acid or GABA has been shown to be deficient in sufferers of anxiety, seizures, movement disorders, irritability, and some forms of depression. GABA puts the “breaks” on overactivity in the central nervous system, and without sufficient GABA in the brain, the central nervous system is running on “overdrive”.

Common anxiety disorders range from generalized anxiety disorder, OCD, social anxiety disorder, and post-traumatic stress disorder. These conditions can be very debilitating and often have lifelong consequences that chronically impair what might be considered normal social and cognitive function. Panic attacks–terrifying, and often unexpected bouts of anxiety, can cause symptoms such as heart palpitations, profuse sweating, trembling, and even the feeling of being choked–and are often associated with certain anxiety disorders. People who suffer from anxiety disorders lack normal functioning of specific neurotransmitters.

People who have social anxiety disorder (SAD), for instance have physiological symptoms including sweating, palpitations, and panic attacks, which sufferers usually experience before an anticipated social event. In The Journal of Psychopharmacology, a study showed neural imaging can detect areas of overactivity and underactivity in the brains of SAD sufferers, which can make SAD difficult to treat pharmacologically. In this study, SAD sufferers were given a task of speaking publicly. A central feature of people who suffer from SAD is anxiety or panic attacks when asked to speak in public. The anticipation of this common social occurrence creates almost instant physiological symptoms.

This study shows CBD works simultaneously on both the limbic and paralimbic brain systems, a feat that other anxiolytic (anti-anxiety) medications–such as benzodiazepines–cannot claim. The implication of CBD in the treatment for a realm of anxiety disorders, without the negative side effects of other anti-anxiety drugs, must be emphasized. Via the utilization of technologies such as SPECT and fMRI imaging, these studies show the calming effects of CBD on the brains of people who suffer with SAD. These findings are groundbreaking.

People who have used THC recreationally sometimes report an increase in anxiety, and some of these studies suggest that although it is still unclear how CBD binds to certain receptors in the brain, CBD used in conjunction with THC can lessen its anxiety-inducing effects.

CBD has been shown to improve the chronic symptoms associated with painful and debilitating neuropathic conditions such as diabetic polyneuropathy, spinal cord injury, and Multiple Sclerosis (MS). Neuropathic pain (NP) is centered in the brain, and causes “phantom” pain responses such as, “burning,” “pins and needles,” and “shooting pain” throughout the body, via the nerve endings.

Multiple Sclerosis is a dysfunction of the central nervous system. It is the most prevalent neuropathic pain disorder and affects approximately 2.3 million worldwide. MS is a chronic and progressive condition and is the one of the most common causes of disability among young people, and the number of MS sufferers is on the rise. MS patients often develop cognitive dysfunction and psychological disorders such as as the condition progresses.

Some studies suggest that early interventions can slow the progression of this neurological disorder and CBD has been implicated in not only pain reduction, but improvement of sleep quality, and overall increased feelings of improvement from various complicated symptoms, including depression which is commonly found in MS patients.

Neuropathic pain is very difficult to treat, and CBD–especially in conjunction with THC–works on a myriad of uptake receptors in the brain, and has been shown to quell the various pain receptors of NP sufferers in statistically significant ways, delivers fast-acting relief, and offers a gap in the limited pharmacotherapies currently available to NP sufferers. A 1:1 ratio of CBD to THC, termed the “entourage effect,” or “whole-plant effect,” has been shown to help MS sufferers with these complex symptoms more effectively than CBD alone.

CBD and Other Effects

There are numerous studies on the benefits of THC and its abilities to enhance the immune system via the CB1 and CB2 uptake pathways in the brain. Studies continue to show that the mechanisms by which CBD is metabolized, and the ways it increases antibody production are not yet fully understood, but the results are also positive. With a 1:1 ratio of THC to CBD, these two cannabinoid compounds–working in conjunction with one another–have shown to boost immunity in laboratory animals by increasing antibody production. and reducing inflammation, via the “entourage effect,” as stated earlier in the article.

Cannabinoid compounds have been shown in certain studies to also alleviate the symptoms of spastic diarrhea in cases where patients have contracted violent cases of cholera. Cannabinoids have also been shown to ease the discomfort of glaucoma patients and the “nervous ticks” of those who have symptoms of Tourette’s syndrome.

Cannabinoids: Further Exploration Needed and a Look at Over-Legislation

It is clear that in the last four decades, researchers in the fields of immunopharmacology, neuropharmacology, naturopathy, and others, all have vested interests to further the exploration of the medicinal uses of cannabinoids. Researchers need funding. Funding requires understanding. Those who fund research must understand that stigmatizing cannabinoids as dangerous psychoactive compounds is an ignorant impediment to future research, and an impediment to discovering new cures for complex health issues. In the effort against the “war on drugs,” we may have inadvertently stigmatized cannabinoids that–for millennia, and in many cultures–have been used anecdotally for its therapeutic benefits.

As early as 2600 b.c., the Chinese Emperor Huang Ti declared that Cannabis cured cramps, rheumatoid and menstrual pain. THC is widely abused, and has been generally illicit since its widespread use in the 1960s, during a time of various Civil Rights movements and protests against the Vietnam War. The word “drug” itself has an interesting origin, and as we know, drugs can be abused. However, when the word drug is replaced with the word medicine, a shift occurs in the public discourse. This might suggest that Cannabis was prematurely demonized, consequently causing funding for researching its therapeutic benefits to slacken. Current technology such as SPECT imaging of test subjects which shows its therapeutic uses will hopefully show empirically its numerous benefits.

In fact–except inside the laboratory–CBD had historically been difficult to source before 2013, when the widely publicized CNN story broke of a little girl named Paige Figi, whose parents researched its use in order to relieve her of severe epileptic seizures. Now CBD is available at most dispensaries in those states where medical cannabis is deemed legal. Although CBD is not considered psychoactive, in states where dispensing medicinal use of cannabis is illegal, CBD is also considered illegal, except–generally speaking–in the case of “intractable epilepsy (2).”

In 2014 under the newly amended Farm Bill, federal regulations seemed to be slackening strict legislation that would, under certain pilot programs, legalize the cultivation of industrial hemp in certain states where the medical use of cannabis is still illegal. However, the Federal Drug Enforcement Administration maintains certain legislation that seems to contradict the Farm Bill. Interestingly, it is difficult to find any information on CBD, or CBD oil on the DEA’s official website.

If the public discourse can begin to change around CBD, it could more radically and swiftly shift public policy. According to professional and cultural opinions surrounding medicines, their “legitimization and delegitimization” has shifted, and not necessarily as a result of a change in the substance itself.

If the industrial hemp plant contains such a small amount of THC–the compound which has been found to contain the psychoactive component of cannabinoids– it seems likely that its very cultivation would be deemed solely medicinal by legislators and “the powers that be.” However, this is not the case. With all the evidence, it is clear that CBD deserves to be investigated further and until the superstitions surrounding its cultivation are alleviated, the doors to healing will be kept shut to the wider population.