Don’t Use CBD for Glaucoma, and Other Top Cannabidiol “Don’ts” 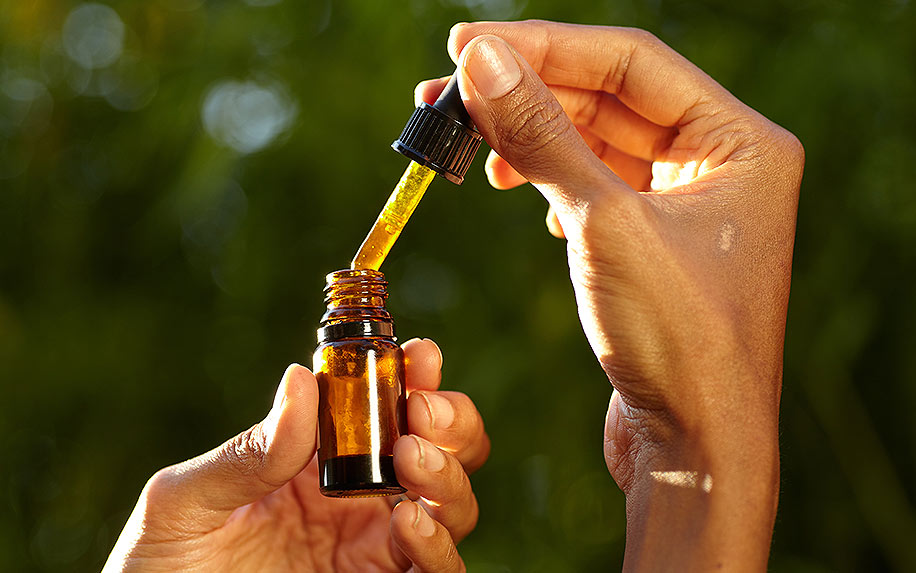 CBD can interfere with prescription medications or exacerbate health conditions in unexpected ways. Image Credit: By Matevz Kosterov on shutterstock.

For most people, there are few potential downsides to using cannabidiol (CBD). Although scientists have yet to confirm many of the sensational claims made about it, there’s a general consensus that the non-psychoactive cannabis derivative is “mostly harmless,” to borrow a phrase from Douglas Adams. According to the Mayo Clinic, it’s “often well-tolerated,” while the World Health Organization (WHO) found it “does not have significant ill-effects.”

However, while CBD itself poses little risk to an average healthy person, products that contain it have been known to cause issues for people with certain pre-existing conditions. For example, coconut oil is a popular carrier oil used in many CBD tinctures, where it’s prized for its high content of healthy fats — but it can also cause allergic reactions in people with coconut allergies, leading to nausea, diarrhea, or contact dermatitis (a painful skin condition that usually involves rashes or blisters).

CBD can also interfere with prescription medications or exacerbate health conditions in unexpected ways. Since it’s still unregulated by the Food and Drug Administration (FDA), there are few official guidelines to help people make informed decisions.

While this list isn’t a replacement for government oversight, it can help you avoid some of the most common complications from using CBD.

1.Don’t Use CBD Eyedrops If You Have Glaucoma

Cannabis has been discussed as a treatment for glaucoma for years. It’s even attracted a number of high-profile patients, such as baseball Hall of Famer Kirby Puckett. Since glaucoma is caused in part by a buildup of intraocular pressure around the eye (which pinches the optic nerve, leading to a loss of vision), cannabis’ ability to reduce that pressure seems to make it ideal for the job.

There’s just one problem — it’s THC, not CBD, that reduces intraocular pressure. According to a study published in Investigative Ophthalmology and Visual Science, CBD actually has the opposite effect. Researchers found that CBD eyedrops increased pressure within the eye by 18 percent for a period of at least four hours. THC eyedrops, on the other hand, decreased eye pressure by up to 30 percent within 8 hours.

Many people use blood thinners such as Eliquis and Pradaxa. If you’re one of them, your doctor may have warned you to avoid grapefruit juice, as it can cause those drugs to work “too well” by allowing them to enter the bloodstream in greater quantities and remain there for longer periods of time.

According to the Harvard Health Blog, CBD can work in much the same way. In some people, it can elevate the levels of coumadin (which prevents blood clots from forming) to dangerously high levels.

CBD oil has become increasingly popular as a method for managing mood disorders, and although there’s little concrete proof of its effectiveness against depression or similar conditions, early research suggests that CBD has the ability to decrease “psychotic-, anxiety-, and depressive-like behaviors,” according to a study in Pharmacological Research, a prominent biomedical journal.

As a result, many people use CBD oil together with antidepressants, antipsychotics, and mood-stabilizing drugs. In many cases, the combination has been a successful one, but in others, CBD has increased the “clearance level” of its pharmaceutical counterpart — in other words, it makes the drug stay in the body longer at higher levels, making the person more susceptible to potential side effects.

Last but not least, this is one of the most common mistakes made by CBD novices. Although the two substances may look similar, they can’t be used in the same way. E-liquids are designed for use in e-cigarettes, vape pens (both disposable and reusable ones), and other vape devices, while CBD oil is intended to be taken sublingually (i.e. under the tongue in droplet form) or added to foods, drinks, or topical products.

How can you tell the difference between the two? Since CBD is still unregulated, there are no hard and fast rules. However, to determine how to use a given product, look for specific words like “e-liquid” or “vape juice.” If you see them, you’ll know the product is meant to be vaporized (and not ingested). If you don’t see them, the opposite is true — and if you’re still having doubts, it’s best to avoid the product altogether.