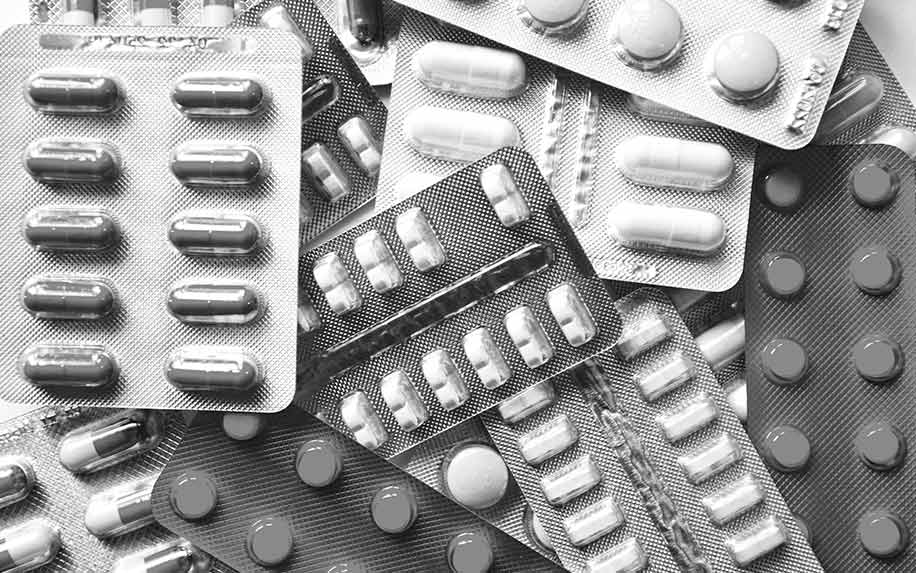 In 2018, the first two entries on Vogue’s list of “The 8 Biggest Wellness Trends” were cannabidiol (CBD) and probiotics. It was only a matter of time, then, that cannabis entrepreneurs would seek to combine the two trends in a single item. Today, those efforts have borne fruit, and CBD probiotics are now among us.

If you’ve turned on the TV, opened a newspaper, or scanned the Facebook feed of a health-focused relative lately, you might already be aware that CBD is a non-intoxicating compound found in hemp and marijuana plants — one that is being widely used by Americans of all backgrounds to treat a range of health conditions including pain, insomnia, and anxiety. You might be less familiar with probiotics, though, so here’s a quick explanation.

Probiotics are living microorganisms, like bacteria or yeast, that are consumed to “rebalance” the body’s gastrointestinal tract. Many fermented foods, like Korean kimchi, are naturally rich in these microorganisms, though today it’s common to find probiotics in the form of supplements. According to Harvard Health Publishing, probiotics are commonly used to manage conditions like diarrhea, irritable bowel syndrome, and Crohn’s disease.

A number of brands are now offering CBD probiotic supplements. One of the most recent examples comes from NewLeaf Brands, an international “CBD lifestyle” company. Their soon-to-be-released line of CBD probiotics, called Fresh Wave, will offer three (supposedly) water-soluble powders designed to be used at different times of day: In the morning, a blood orange-flavored supplement enhanced with caffeine; in the afternoon, a berry-flavored item with an extra boost of vitamins; and at night, a passion fruit-flavored mix with melatonin. Since the products have yet to launch, no pricing or product details are yet available. NewLeaf’s CBD probiotics are expected to be sold through Fresh Wave’s website (which is still under construction) and other online retailers.

If you simply can’t wait to get your hands on CBD probiotics, there are other options available — and they’re surprisingly affordable in the high-priced world of CBD. GreenGardenGold, for example, offers a CBD-infused product made with seven probiotic strains. A month’s supply of 30 capsules costs $39.99, and can be purchased on the Texas-based brand’s website.

CBD probiotics could — could — help support your gut health.
Given the recent crackdown on CBD marketing claims by the Food and Drug Administration (FDA), most of the brands making CBD probiotics are cautious about touting the CBD-specific benefits of their products — GreenGardenGold takes a particularly interesting approach by claiming the addition of CBD to its products “delivers all the health and wellness benefits that [it] can provide,” without actually elaborating on what those benefits are.

It’s important to note, however, that the results of most of these reviews have been mixed — i.e. they’ve also found many cases in which probiotics are not effective — and that the FDA doesn’t regulate probiotics, which means their health claims aren’t officially verified.

The CBD content of these products can vary widely.
CBD probiotics contain different types of CBD oil (and in different amounts). GreenGardenGold, for example, uses 2 mg of CBD isolate — also known as “pure” CBD, since it has had all other compounds removed during the extraction process — in its capsules.

On the other end of the spectrum (literally), you’ll find products like those from SCD Probiotics and CBD American Shaman, who sell capsules containing 5 mg or 10 mg of full spectrum CBD oil. Full spectrum oils, which contain the full range of cannabinoids, terpenes, and flavonoids found in the cannabis plant, are regarded by most experts as being more effective than isolates.

CBD probiotics also contain a range of other gut-friendly ingredients.
Most CBD products tout their secondary ingredients, and infused probiotics are no different — except unlike tinctures or topicals, they brag about the different bacteria strains they contain. The CBD Probiotic+ from GreenGardenGold, for example, has seven different types of bacteria, including Lactobacillus plantarum and Bifidobacterium longum.

SCD Probiotics and CBD American Shaman compare their probiotics to kombucha — another favorite of wellness aficionados that has gotten the CBD treatment — citing its ten different strains of bacteria which are, in theory, chosen for their ability to resist degradation from stomach acid and thus deliver better results.

Scientists still aren’t sure exactly how CBD affects the gut.
CBD’s ability to impact gastrointestinal health is linked to its ability to affect the endocannabinoid system (ECS), a network of receptors throughout the body that controls many important functions. While research into these effects is scant, scientists have made some interesting progress in the last decade.

In 2010, researchers writing in the journal Pharmacology & Therapeutics found that CB1 and CB2 receptors in the gut could impact a wide array of activities — including motility, regulating food intake, and nausea and vomiting — and that manipulating them could yield useful treatments for conditions like irritable bowel syndrome and other gastrointestinal disorders.

In 2016, a paper in the journal Cannabis and Cannabinoid Research revealed that endocannabinoids — chemicals naturally produced by the body that closely resemble the cannabinoids found in cannabis — could be important for supporting healthy “gut biomes,” or the range of helpful bacteria found in the gastrointestinal tract.

However, in both cases, the researchers were quick to point out that a great deal of additional research is needed before we can draw firm conclusions about CBD’s ability to support gut health.

The potential side effects of both CBD and probiotics are relatively mild (with some exceptions).
CBD is generally regarded as a safe substance, and there’s little risk of using too much — no studies have ever found serious risks from using CBD, and the most commonly reported side effects are relatively mild, including a slight dip in blood pressure, changes in appetite, and drowsiness.

Likewise, the downsides of probiotics are usually minimal. These include digestive issues, like diarrhea or cramps, as well as headaches. In some cases, taking a probiotic may increase histamine levels, causing allergy symptoms. Typically, these side effects can be eliminated by discontinuing use of the product.

However, individuals who are at an increased risk of infection — like a person recovering from a surgery, or someone with a compromised immune system — shouldn’t take probiotics without consulting with their doctors. Exposure to the bacteria and yeasts present in these products could further increase the risk of infection.