CBD Vitamins: What You Need to Know 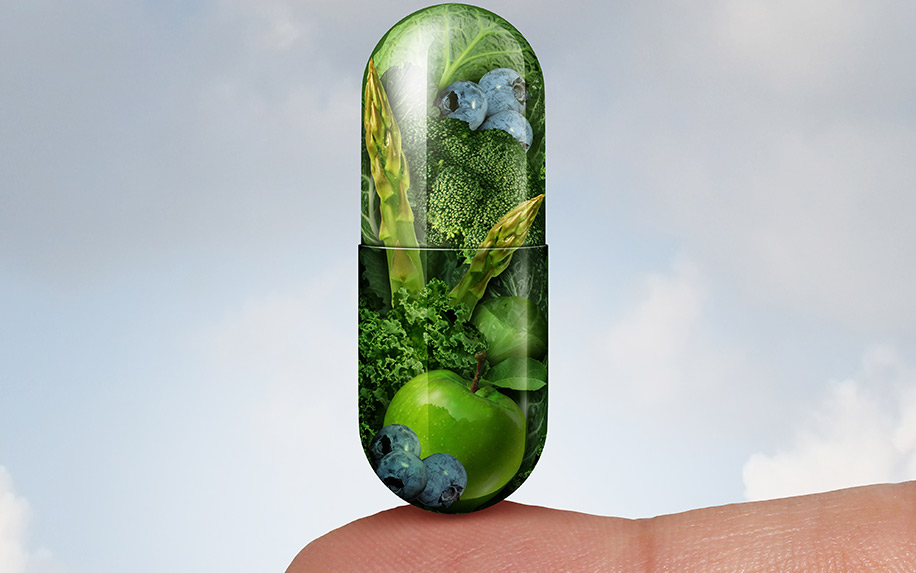 Under the Food, Drug, and Cosmetics Act, it’s illegal in the U.S. to add CBD to dietary supplements like vitamins. Image Credit: By Lightspring on shutterstock.

CBD and vitamin supplements have a lot in common. They’re both aimed at consumers with a fondness for natural health products, they’re both wildly popular (the Brightfield Group estimates the CBD market could be worth $22 billion by 2022, while Research and Markets predicts the market for vitamins to reach $7.35 billion by 2023), and they’re both barely regulated by the Food and Drug Administration (FDA).

They’re also not supposed to be mixed together — under the Food, Drug, and Cosmetics Act (FD & C Act), it’s illegal to add CBD to dietary supplements like vitamins. But that hasn’t stopped a number of brands from releasing CBD vitamins anyway.

As the name suggests, these are multivitamins that have been infused with CBD, generally in tablet form. Though they often bear a superficial similarity to CBD capsules (which generally contain just CBD and coconut oil or other “carriers”), the difference is in their vitamin content. According to the brands that make them, CBD vitamins offer synergistic benefits that maximize the therapeutic potential of each ingredient.

That was the pitch made by one of the most recent CBD vitamins to hit the market, which was the product of an unusual collaboration between the rapper Flo Rida and a company called JustCBD. Their new CBD vitamin gummy, called Jet Setter, claims to “strengthen users immune system [sic] and boost their energy and wellness with a generous punch of daily vitamins including Vitamins A, B, C, and D and of course, hemp-derived CBD.” Available in only one flavor (Orange Berry Blast), each $50 bottle contains 60 gummies, each of which comes with 5 mg of CBD — though the company doesn’t say what kind. So far, they’re only available through JustCBD’s website, though the company says they ship to all 50 states and even internationally.

For a cheaper (and more widely available option), Irwins Naturals offers a product called CBD + Daily Multi, which can be found both online and at The Vitamin Shoppe. For $27, customers can get a bottle of 60 softgels that contain 10 mg of full spectrum CBD, along with the usual mix of vitamins and minerals found in such products (iron, interestingly enough, is not on the list).

But with conventional vitamins available in much greater quantities for much less money (Amazon’s top seller, for example, costs just over $13 for a bottle of 360 capsules), are CBD vitamins worth it?

Here are the two biggest questions facing CBD vitamins: Are they safe, and do they work?

On the first count, the answer is a tentative “probably.” While there’s been some concern about CBD’s potential to cause liver damage by interacting with other medications, many scientists believe these fears have been exaggerated, and the World Health Organization (WHO) has previously stated that CBD has no potential to induce significant side effects. So far, there’s no scientific evidence that CBD and vitamins are a dangerous mix.

The second question is much harder to answer, because many of the effects of CBD and various vitamins have a lot of overlap. And while some people have reported positive results from using CBD vitamins, it’s hard to tell what’s actually responsible for their success: CBD, the vitamins, or old-fashioned positive thinking.

“I’m not trying to be a killjoy, but, especially in mental health, the size of the placebo effect is enormous,” as Philip McGuire, a professor of psychiatry and cognitive neuroscience at King’s College London who studies CBD supplements’ effects on mental health, told The Guardian.

While it’s certainly possible that CBD and vitamins combine for a “1+1=3” effect, an equally (if not more) likely possibility is that they’re largely redundant. Here, it’s helpful to examine just a few of the main vitamins in these products, and compare their effects with those of CBD:

Unless future research shows that mixing CBD and vitamins together results in some kind of super-supplement, it’s probably best to steer clear of them for the time being.