CBD Relief Wraps: What They Are and What They (Claim to) Do 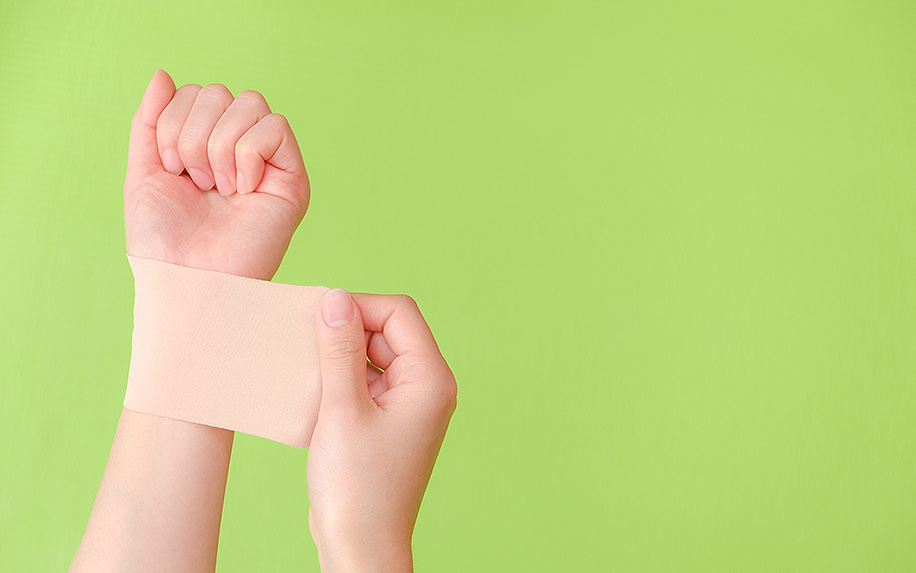 CBD relief wraps are pitched as a way to deliver the pain-relieving benefits of the cannabinoid using advanced Korean technology. Image Credit: By Rammy_Rammy on shutterstock.

Before the rise of CBD, Korean skin care had a claim to be the biggest beauty trend in the world. As part of the “hallyu” wave — a term referring to the growing popularity of Korean pop culture around the world — it helped popularize the idea of “cosmoceuticals,” or cosmetic products that served quasi-medical purposes as well. Among American audiences, some of the most popular items were sheet masks — and now, the same techniques used to make them are being put to new and inventive purposes.

Known as CBD relief wraps, these products are made by soaking a thin, porous fabric in a CBD-infused serum (more on this later). They’re sometimes pitched as a way to deliver the pain-relieving benefits of the cannabinoid using advanced Korean technology — and few examples illustrate this better than CoSo Health and Beauty, which claims to “blend the best of two cultures — the innovative [skin care] technology of South Korea and the healing power of hemp from Colorado.” In addition to their line of face masks, the company also offers a CBD Applied Relief Wrap made with 50 mg of full spectrum CBD oil (curiously, the company also makes the contradictory claim that the product contains no THC).

They’re not the only ones trying to take advantage of the CBD/K-beauty crossover, though. Folium Biosciences offers a Korean-made CBD Infused Relief Wrap of its own, which also comes with 50 mg of CBD (though theirs is broad spectrum). A product with the exact same name is also offered by a brand called Prana Principle (it also has the exact same CBD content, which makes one wonder if it’s simply a white label version of Folium’s wrap).

While many CBD products are remarkably expensive, CBD relief wraps seem to be an outlier — CoSo’s two-pack of four wraps costs just $15, while Prana Principle’s are a slightly-spendier-but-still-reasonable $25, though you’ll only get two wraps for that price.

Everything You Need to Know About CBD Relief Wraps

Generally speaking, CBD relief wraps are intended to provide topical relief to specific areas of the body that are experiencing pain or inflammation. Here, there’s some evidence that CBD could be useful: a number of studies have shown it to be an effective anti-inflammatory, while others indicate it can be a potent pain reliever.

But CBD isn’t the only ingredient that (might) help soothe your stiff shoulders or aching back. Most relief wraps also contain a number of others that have medicinal benefits of their own. For example, CoSo’s wrap is made with menthol (whose cooling properties are well-known to most people), rosemary oil (a common pain reliever in folk medicine that was also shown to improve circulation in a 2002 study from Canadian researchers), and black licorice root (which a 2017 study from Chinese researchers found to have significant anti-inflammatory effects).

However, ingredients aren’t the only thing to consider when choosing a CBD relief wrap — there’s also the fabric of the wrap itself. Though some companies create their own proprietary fabrics, which are often billed as having uniquely powerful properties, in general they’re made from the following materials:

Each of these come with their own advantages and disadvantages (for example, non-woven fibers are inexpensive but may not adhere well, while hydrogels do adhere well but may contain artificial chemicals that irritate the skin). Since no studies have been conducted to determine “the best” fabric for relief wraps, it’s largely a matter of personal preference.

Regardless of the fabric, the big question is: do they work?

Here, it’s hard to say. Most wraps contain 50 mg of CBD, which could be either much more – or much less — than your body needs to get relief. There’s no simple answer for determining the optimal CBD dosage for you, and the only way to know for sure is through trial and error. If you’re dealing with aches and pains all over, as opposed to a specific area, there better options available (like CBD capsules).

Relief wraps also aren’t a great option if you’re looking for fast relief. Most brands recommended keeping their products on for 30-60 minutes, which might be fine if you’re unwinding at home after a long day, but it’s considerably less convenient (and slower) than using a vape pen or sublingual strip, for example. While they’re quite easy to use — just open the package, apply, and wait — other methods are equally straightforward, and their effects can be felt in a matter of minutes or even seconds.

And, in a familiar refrain, no scientific studies have examined whether CBD relief wraps are more or less effective than other CBD delivery methods (or pain relievers in general). They certainly have a number of points in their favor, but it’s still too soon to tell if they’re Actually Good.