CBD for Cells: Your Body on Cannabis 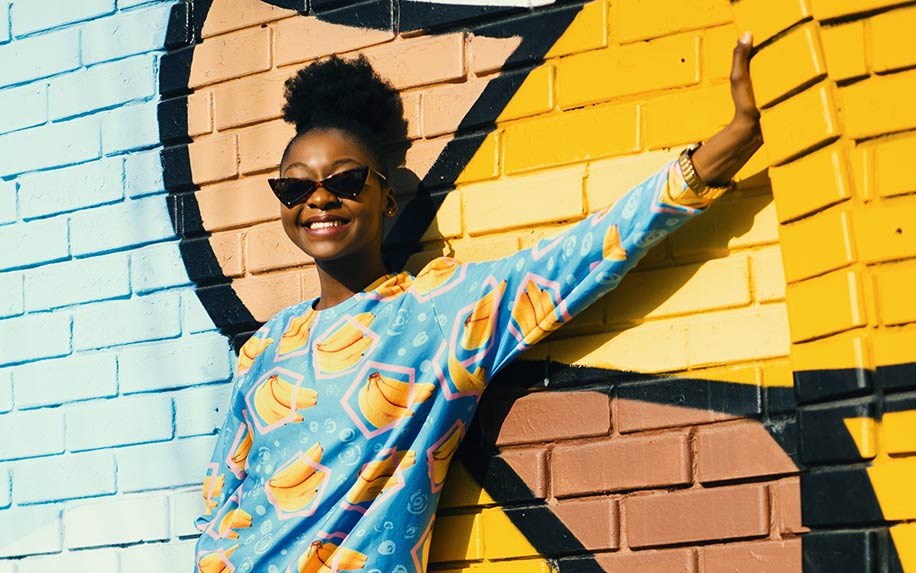 In the past few decades, great strides have been made in understanding the human endocannabinoid system (ECS), a complex network of enzyme receptors which work together to regulate various systems throughout the body. There are receptors belonging to the ECS in many kinds of cells, for example in the central nervous system and in the skin (the largest organ of the body). The two main kinds of cannabinoid receptors, CB1 and CB2, serve various functions and interact with both endocannabinoids (substances found natively in the human body) and phytocannabinoids (substances derived from the Cannabis sativa plant and the man-made replicas of these substances). In many cases, the interaction between cannabinoids and the endocannabinoid system is beneficial. An example of this is the “runner’s high” effect of physical exercise, in which anandamide, an endocannabinoid, is released alongside other brain chemicals to create a feeling of euphoria. In various in vivo and in vitro trials, cannabinoids have been shown to have anti-tumoral, anti-cancer, anti-inflammatory, anti-aging, and tissue-preservative properties. Potentially useful substances include CBD (cannabidiol—a prominent non-psychotropic phytocannabinoid), THC (delta-tetrahydrocannabinol—the psychoactive component of marijuana), and other parts of the Cannabis sativa plant (see the entourage effect) The body of evidence for the therapeutic potential of cannabinoids is growing and can no longer be ignored.

Cancer and the Mitochondria

One recalls from middle school and high school biology that the mitochondrion is the powerhouse of the cell. Mitochondria are organelles within most kinds of plant and animal cells (excluding red blood cells) that regulate the intake and use of energy. Mitochondria are responsible for transforming externally obtained biological energy like glucose into ATP, the kind of energy that the cells can use for their functions. It is generally accepted that millions of years ago, the organelles that are now mitochondria were themselves a simple bacteria-like species. Researchers have discovered that the mitochondria of various cells in the human body contain cannabinoid receptors. This is significant because of what scientists have discovered regarding cancer treatment: the uncontrolled replication of malignant cells is what characterizes many forms of cancer. In healthy tissue, a process called apoptosis (also known as controlled cell death) kills degraded cells that are no longer useful to the body and replaces them with fresh, healthy, normal cells.

Cannabinoids can aid in apoptosis, for example in brain tumors, which are notoriously difficult to treat. One team of researchers recommends “experimentation in novel strategies” as being “essential to improve the prognosis.” In experiments on rodents, THC applied to brain cancer successfully “induced a considerable regression of malignant gliomas,” which means it reduced the size and harmful effect of the dangerous brain tumors. Treatment with THC also did not create any side effects that were neurotoxic (harmful to neural cells). The researchers found the results to be encouraging, writing that “[t]hese results may provide the basis for a new therapeutic approach for the treatment of malignant gliomas.”

In fact, countless papers recommending the approval and research of medical cannabis and cannabis-like substances have appeared in U.S.-government-approved resources. A search for medical cannabis in PubMed (the U.S. National Library of Medicine/National Institutes of Health database) returns 5123 results, most of which are favorable towards medical cannabis. Moreover, Cancer.gov, which is organized under the auspices of the U.S. National Institute of Health, has devoted a substantial section of its website to giving unbiased information on Cannabis’s potential in treating cancer, cancer symptoms, and side effects of cancer treatment. One page of the site lists the following promising strides in treatment:

Many cell systems of the human body require a kind of balance to function. This balance is called homeostasis. For example, the skin requires a certain amount of lipid levels. If these cell lipid levels go too high, the skin produces excessive sebum and develops acne. If they go too low, the skin dries out and develops eczema, psoriasis, and rosacea. This form of homeostasis is tied to the endocannabinoid system in skin: according to a peer-reviewed paper published by Trends in Pharmacology, the cutaneous (skin) ECS requires a balance of cannabinoids, and inflammation can be fought by the dermal application of CBD oil which restores homeostasis to the skin at both extremes—when it is both too dry and too oily. The ECS is implicated in other illnesses that are caused by homeostasis imbalance including the following:

Diabetes, for example, is a homeostatic disorder in that blood sugar levels, which are normally regulated by the pancreas, are out of line and require intravenous administration of insulin. Cannabis has been shown to help control blood sugar and prevent Type 2 diabetes. Related to this is a growing body of evidence that the ECS plays a “critical role” in metabolic balance and energy use, with researchers concluding that the ECS may offer several targets for obesity treatment.

Age-related cognitive impairment caused by Alzheimer’s and other forms of dementia are also showing potential for cannabinoid treatment. THC interacts with CB1 receptors in the central nervous system and has been shown to slow and prevent the buildup of inflamed neural plaque in the brain and treat Alzheimer’s. It was shown in 2011 to be able to treat the brain tissue inflammation portion of the disease. In the hippocampus, a part of the brain that is highly affected by plaque buildup, cannabinoids have even been shown to restore healthy cells where cells were lost before. A group of researchers exploring the link between marijuana and Alzheimer’s even wrote that “Compared to currently approved drugs prescribed for the treatment of Alzheimer’s disease, THC is a considerably superior inhibitor of plaque buildup.”

Cannabis has come a long way in the United States. It was first banned in the 1930s. It was designated a Schedule I controlled substance in the Controlled Substances Act of the 1970s (and is still designated as Schedule I at the federal level). Now it is recommended by government-supported scientists as a treatment for brain cancer and other diseases. If one may be allowed to editorialize, it is truly astounding to see the U.S. government support such rational, sane, and compassionate research while at the same time administering a criminal justice system that in 2010 incarcerated over 7 million people for possessing mostly small amounts of marijuana. Perhaps this disconnect illustrates modern American society’s schizoid nature. For more information on the ongoing campaign to legalize medical marijuana, visit NORML.org. For more information on medical marijuana, see herb.co’s health topics page. Do not attempt anything without your medical practitioner’s approval.