All CBD Oils Have Cannabidiol, But They’re Not All the Same (or Legal) 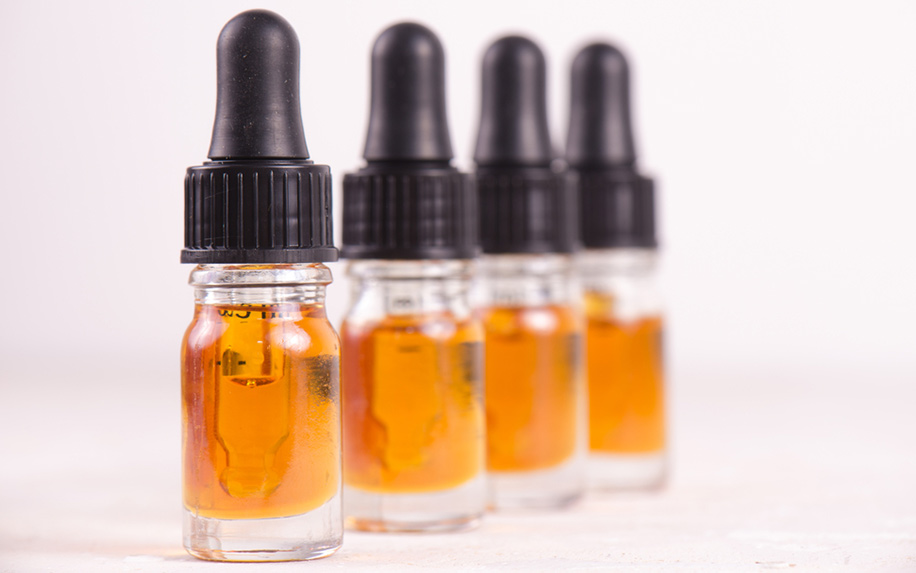 The topic of conversation surrounding CBD and where it's legal is a tricky subject! Here's a breakdown. Image Credit: By Roxana Gonzalez on Shutterstock

In 32 American states, you can now get a prescription for medical cannabis. In ten of those states, you can legally buy cannabis in a dispensary for recreational purposes, too. And in each and every one of the fifty, nifty United States, you’ll find cannabis-derived CBD oil on the shelves of pharmacies, gas stations, and grocery stores.

If you thought something seemed a little off about those numbers, you’re not alone.

How can CBD oil be legal in a state where cannabis itself is not? And why can you buy Brand X from the clerk at the bodega while Brand Y requires a trip to the doctor? Is there really that big of a difference?

Yes, as it turns out.

The first thing to know is that CBD oil can be derived from either hemp or marijuana. Both of these plants have the scientific name “Cannabis sativa” — the key difference is that marijuana has higher levels of THC, which is the cannabinoid (more on that in a second) that creates the feeling of being high. The THC content of hemp, on the other hand, is extremely low.

The second important thing to know about CBD oil is that different varieties contain different amounts of various cannabinoids, the molecules that give cannabis its physical and psychological effects. The ability of a certain CBD oil to treat a certain ailment depends in large part on the cannabinoids it contains.

We’ll save the hemp-derived CBD vs. marijuana-derived CBD debate for another day — for now, here’s a quick guide to the three main types of CBD oil and their respective cannabinoids.

The 3 Main Types of CBD Oil

While THC and CBD get most of the attention, the other cannabinoids in full spectrum oils are also important for treating ailments like anxiety, insomnia, and inflammation. For example, CBG helps you sleep and CBC helps relieve pain. With such similar names, it can be tough to remember which cannabinoid has which effect, but the main takeaway is that they work together in many beneficial ways. This is called the “entourage effect,” and it’s a big reason why full spectrum CBD oils are so promising for such a wide variety of ailments.

However, some states have decided that the mere presence of THC (at any point in the production process) makes CBD oil off-limits for the general public.

If the legal dilemma facing CBD oil is caused by the presence of a tiny bit of THC, what would happen if you just took it out but kept all the other nice, non-psychoactive cannabinoids?

In many ways, this seems like an elegant solution — again, however, there’s a catch. Research shows that the entourage effect loses much of its power without THC’s interaction with other cannabinoids. Sometimes small subtractions make big differences.

This is exactly what it sounds like: an oil containing nothing but good old-fashioned cannabidiol. Pure CBD, in other words (at least 99 percent pure, anyway). This type of oil is generally extracted from hemp, which was just legalized for industrial cultivation across the nation, a development that has many CBD companies quite excited.

Pure, hemp-derived oils can seem like an attractive option for people who are curious about the benefits of CBD but cautious about the potential side effects and/or legal issues. In addition to its stamp of approval from the U.S. federal government, pure CBD has also received glowing reviews from the World Health Organization, which states that it, “exhibits no effects indicative of any abuse or dependence potential” and “there is no evidence of public health problems associated with the use of pure CBD.”

Is there any catch? Good guess, dear reader! It appears that pure CBD, by itself, has a limited ability to treat conditions such as inflammation. A widely cited study from the Lautenberg Center for General and Tumor Immunology found that purified CBD has limited clinical use without the presence of other cannabinoids.

So Which Kind of CBD Oil Is “the Best?”

It depends on your personal preference. Full spectrum CBD oils seem to offer the greatest range of therapeutic benefits, while partial spectrum oils might provide more peace of mind if you’re highly concerned about avoiding the slightest hint of psychoactive effects. And if you’re a firm believer in “better safe than sorry,” there’s an argument to be made for pure CBD oil as well.

But don’t take our word for it — ask your doctor if CBD is safe to use with your other medications, and if you’re considering buying any CBD product, do ten minutes of light Googling before you whip out your wallet.

The content on cannabisMD is not intended to be a substitute for professional medical advice, diagnosis, or treatment. Always seek the advice of your physician or other qualified health provider with any questions you may have regarding a medical condition.