10 CBD Effects on the Brain 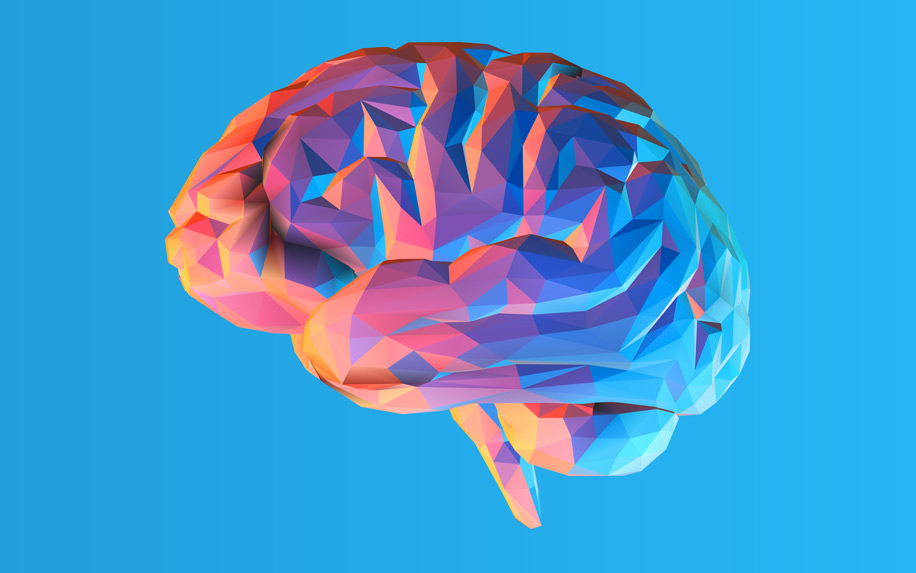 Image Credit: By Jolygon on shutterstock.

Recently, an abundance of research has provided the medicinal benefits of marijuana. CBD, a phytocannabinoid, works alongside our immune system and our brain. We are now closer to understanding the incredible powers of cannabis.

Did you know that CBD can help with brain function and provide therapeutic effects? Here are 10 CBD effects on the brain that may surprise you.

One of the CBD effects is relieving depression. Depression forms when your brain lacks integral pleasure components in the brain which includes dopamine. Activating the dopamine neurotransmitter results in feeling pleasure, which can alleviate symptoms of depression.

CBD doesn’t increase dopamine directly. Rather, CBD acts upon the 5-HT1A receptor. This receptor is prevalent in many areas of the brain, especially the pleasure pathways where dopamine activity occurs.

Many prescription antidepressants effect dopamine, but CBD offers the same benefits. CBD is safer and non-habit forming, which is why CBD is becoming the preferred depression medication method.

Like dopamine, CB receptors help increase the neurotransmitter; serotonin. A lack of serotonin contributes to multiple mental ailments, including depression and anxiety disorders.

When your brain produces a healthy amount of serotonin, you generally feel healthy. This is because it helps regulate sleep, improve your mood, makes you more social, increases your appetite, improves your memory, and increases sexual desire.

Like dopamine, serotonin increases through our 5-HT1A receptors. This receptor is strongly linked to serotonin, boosting many health benefits. Serotonin isn’t only found in the brain; serotonin is found in our nerves, digestive system, and blood platelets.

This is why one of the CBD effects is treating multiple mental and physical symptoms, such as sleep improvement for PTSD victims and increased appetite for cancer patients.

5-HT1A receptors are found throughout the body. When serotonin increases, your body takes in its full benefits. This is why CBD relieves both physical and mental ailments.

Our brain controls more than our thoughts and actions, it also controls the way we feel pain.

Our central nervous system is connected to our brain. We first experience pain in our nerves. Nerve cells will then transmit this information to brain cells, informing our brain that we’re experiencing pain.

To relieve pain, our body transmits additional information. This information transit is done within our opioid system. This is the area that controls pain relief and improves our mood.

Our opioid system consists of three peptides: enkephalins, endorphins, and dynorphins. These peptides improve pain and our mental state. Opioids are commonly controlled by opiates, which includes morphine and other painkillers.

But CBD has the same benefits of opium, without the addiction risk and dangerous side effects. CB2 receptors help stimulate the peptides in the opioid system, providing the patient with pain relief and mood-boosting properties.

Influences Neuron Activity in the Hippocampus

As we age, we lose brain cells and neurons.

Other factors, such as alcohol consumption, contribute to neuron activity loss. Some people experience lack of neuron activity more intensely than others. When too many neurons die, this can cause severe diseases such as Alzheimer’s.

One of the CBD effects is influencing activity in our hippocampus. Our hippocampus is an important part of our brain, which controls both short-term and long-term memory.

When Alzheimer’s takes over, the hippocampus is the first neural region to sustain damage. This is why Alzheimer’s patients first experience memory loss.

Targets Receptors in the Amygdala

The region of the brain that controls emotions is called the amygdala. There are a plethora of emotions that derive from the amygdala, but these emotions include negative ones such as anxiety.

When CB2 receptors affect emotional processing, this results in relaxation. The reason why the psychoactive marijuana properties cause some users anxiety is that of this same process, only with CB1 receptors.

Another fact that links to the CBD effects on anti-anxiety properties are the decrease of blood flow to the brain.

While increased blood flow’s anxiety effects are not fully understood, the results from this Brazilian study shows all patients in a cannabis study had decreased blood flow after taking CBD. All of their anxiety symptoms reported dissipating.

These patients have generalized anxiety disorder. After they took CBD, the patients underwent a brain scan. All of the patients had decreased blood flow to the brain, which causes an anti-anxiety effect.

One of the CBD effects is treating multiple stages of inflammation. CBD’s anti-inflammatory properties start in the immune system.

When your immune system recognizes a disruption in your health, immune cells communicate with brain cells. They tell brain cells a problem is occurring, and inflammation is the brain’s reaction.

CB2 receptors are prevalent in our immune system. When CBD attaches to CB2 receptors, they control the information transmission of immune cells and brain cells. This reduces inflammation while CBD helps treat the cause of the inflammation.

Reduces Oxidation Damage in the Brain

One of the many reasons why health ailments occur is because of cell oxidation. As we breathe, our cells take that oxygen and use it as energy. Since our atmosphere contains an abundance of pollution, free radicals end up in our system.

These free radicals damage and kill off healthy cells. Because of this, our system is unable to fight these bad cells. This results in severe diseases, such as cancer and Parkinson’s disease.

To reverse the process, our bodies rely on antioxidants. These compounds fight free radicals and kill them off, preventing free radicals from living inside of our body.

One of the CBD effects is acting as a potent antioxidant and is said to be more potent than certain antioxidants such as vitamin C.

CB2 receptors also fight oxidation within the brain. This restores brain function back to normal levels.

Excitotoxicity is an issue within brain cell functioning. This causes brain cells to rapidly form, degrading our brain cells. When this occurs, we experience severe side effects such as seizures.

The FDA approved the CBD effects as an epilepsy treatment. This is because CBD prevents excitotoxicity.

In CBD, the receptor 5T1A has the neuroprotective benefits. When excitotoxicity occurs, the neurotransmitter glutamate increases radically. HT1A binds to glutamate, decreasing its effects on the brain.

One of the CBD effects is fighting schizophrenic symptoms.

One of the most common side effects of schizophrenia is psychosis. Psychosis is caused by the neurotransmitter anandamide, which is responsible for several aspects of brain activity. This activity results in positive mental and physical effects.

In patients such as those with schizophrenia, the enzyme fatty acid amide hydrolase (FAAH) degrades anandamide. CBD reduces the functions of FAAH, resulting is healthy anandamide production.

Now You Know the CBD Effects on the Brain

Multiple conditions benefit from CBD. While CB2 receptors are found throughout our body, they’re extremely prevalent in the brain. CBD helps prevent major diseases within the brain while fighting mental health ailments.

As more research is conducted, we continue finding out why CBD is such an effective form of medication. For those with brain disorders, CBD treats and protects our brain.

For more information about CBD’s neuroprotectant qualities, visit our resources.