Why This Doctor Thinks Cannabis Should Taste Bad 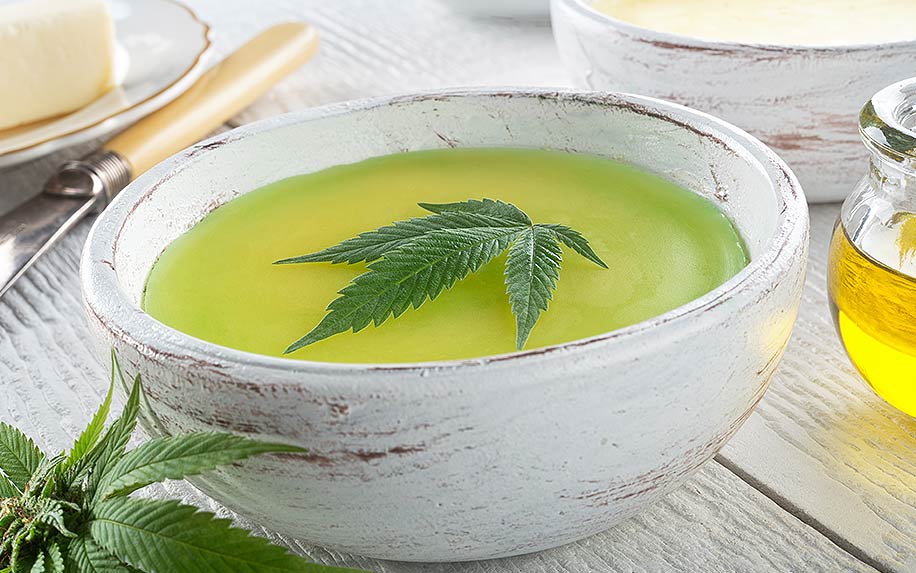 When cannabis tastes good, over consumption — or consumption by children or pets — becomes much more likely. Image Credit: By Foodio on shutterstock.

More Americans are using cannabis than ever, and with this increased interest has come a demand for cannabis that doesn’t taste like … well, cannabis. From THC gummies to cakes and chocolates, there’s an ever-growing range of appetizing options available on dispensary shelves. But while this might be good news for connoisseurs of cannabis edibles, it’s also raising concern among medical professionals.

For doctors like Peter Grinspoon, a primary care physician and contributing editor at the Harvard Health blog, tastebud-friendly cannabis products are something to view with skepticism rather than enthusiasm. This has not been a particularly popular view among cannabis advocates — to illustrate, Grinspoon received a backlash of social media criticism for suggesting that gummy bears in particular were a bad idea.

Still, his argument is a simple and persuasive one: marijuana used for medicinal purposes should look like medicine. When it looks like candy or treats, overconsumption — or consumption by children or pets — becomes much more likely. But is there enough evidence to back up his argument, or is this simply another example of cannabis-related fear mongering?

As Grinspoon argues, “If we wouldn’t put ibuprofen into a candy, why would we put a psychoactive substance like THC into a chocolate bar?” A number of notable incidents involving cannabis edibles — including one in which three people were found semi-conscious in a Martha’s Vineyard restaurant after eating a highly potent cannabis cookie — do seem to suggest that many people are under the (false) impression that pleasant-tasting cannabis products are free of risk.

And the available data, while not conclusive, does lend some credence to Grinspoon’s argument that people are more likely to encounter serious health issues when consuming cannabis that tastes good, generally in the form of edibles.

In 2019, the Annals of Internal Medicine examined nearly 10,000 visits to the emergency room involving cannabis-using patients. Of these visits, about ¼ were found to be at least partially caused by the patient’s cannabis use — meaning that, while there may have been other factors at play, marijuana consumption did contribute to their condition to some extent.

The most interesting part of this study, though, is that despite the fact that smokable marijuana accounted for a far larger percentage of cannabis consumption, edibles were disproportionately to blame for adverse health outcomes. Between 2014 and 2016 in Colorado, edibles accounted for only .32 percent of legal cannabis sales (as measured by total THC content) yet were linked to 10.7 percent of cannabis-related emergency room visits. Psychiatric symptoms, intoxication, and cardiac symptoms were more likely when edibles were a factor.

Should Cannabis Edibles Be Less Appetizing?

In light of this data, it makes sense that Grinspoon believes making edibles less appetizing could play a role in reducing misuse of cannabis — and he’s not alone, with many states banning cannabis gummy bears and other products that can easily be mistaken for non-infused treats.

Again, the argument is simple: accidental ingestion of these products is a greater risk for children when they look like sweets or candy — and even careful parents can make absentminded mistakes, like leaving edibles within reach, from time to time. And while THC is not as harmful as for pets as is sometimes stated, an increase in accidental consumption of cannabis by household animals has also sparked concerns around the country.

Again, the data suggests that these concerns are not without reason. Before legalization in Colorado, accidental exposure to marijuana accounted for 1.2 out of every 100,000 emergency room visits for children under the age of ten. In the two years following legalization, accidental exposure visits among children increased to 2.3 of 100,000 according to JAMA Pediatrics. What’s more, edibles accounted for 52 percent of these visits during the years studied.

The safety of children and pets aren’t the only arguments being made for changing the look and taste of edibles. As Grinspoon argues, edibles aren’t always a good option for inexperienced cannabis user, largely because of the way an edible high plays out. There are countless warnings and cautionary tales about the slow-acting high caused by edibles, and for good reason. It takes longer for edibles to take effect — as long as an hour — and the intoxicating effects can continue for up to six hours after consumption.

But because of the way many cannabis edibles look and taste, it’s easy for users to treat them like any other snack and overconsume before they’ve begun to experience a high. Grinspoon’s hope is that if they tasted and looked more like medication, users would practice more caution and experience fewer cases of accidental overconsumption. While only time will tell if his recommendations could lead to widespread change, raising awareness about the potential dangers of sweet-tasting cannabis treats is a good place to start.