What’s the Difference Between Hemp and Marijuana? 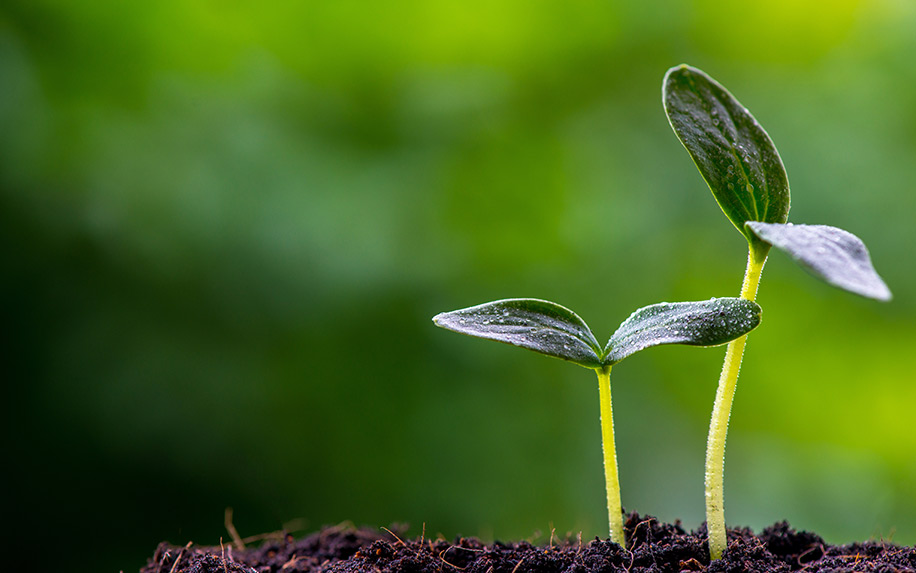 The are many medical benefits and applications for both hemp and marijuana which could make them the most useful plants in the world. Image Credit: By antpkr on shutterstock

Hemp and marijuana are often confused with one another — most famously, by Richard Nixon’s Controlled Substances Act (CSA) of 1970, which established federal drug policy in the United States. Under the CSA, all forms of the psychoactive cannabis sativa plant were deemed to be extremely dangerous and forbidden for public consumption due to their intoxicating effects.

There’s just one problem: hemp may be a member of the cannabis sativa family, but that doesn’t mean it’s psychoactive.

Nixon wasn’t the only person unable — or unwilling — to grasp the difference between hemp and marijuana. Which is a bit odd, because it doesn’t seem that hard to understand: marijuana has a high THC content, which gives it psychoactive effects, while hemp plants have much lower amounts of THC — just 0.3 percent, which makes them about as mind-altering as a glass of milk.

For most of human history, both of these plants have played important social roles. Marijuana has been used as a medical, ritual, and recreational substance for at least five millennia — hemp, which was “probably the earliest plant cultivated for textile fiber” according to MIT, has been used for twice as long as a source of clothing, building material, and nutrition.

Cannabidiol (CBD) and tetrahydrocannabinol (THC) are the two best known and most researched of the 100-plus chemical compounds, known as cannabinoids, that are present in both marijuana and hemp. CBD is non-psychoactive, and is present in significant quantities in both hemp and marijuana (though the CBD content of marijuana is greater). THC, which is famous for getting people high, is barely detectable in hemp plants (some newly-developed strains are even claimed to be 100 percent THC-free).

The medical benefits of CBD oil, such as countering inflammation, relieving pain and anxiety, and reducing seizures, have drawn the attention of scientists in recent years. The benefits of THC have also sparked a great deal of interest, which has found it to be effective in many of these same applications.

According to some scientists, the interaction of THC, CBD, and other cannabinoids creates an “entourage effect” that heightens and enhances the medicinal properties of each individual compound.

Though more research is needed into the effects of THC and CBD, the early returns have been positive enough to convince 33 US states to rule in favor of medical marijuana, while hemp-derived CBD products have been gaining nationwide legitimacy, if not quite full legality.

Marijuana isn’t the only beneficiary of the wave of cannabis reform that started in California in 1996. Hemp, which has long been used as an industrial material, was recently legalized in all 50 U.S. states by the 2018 Farm Bill.

The first traces of hemp use can be traced to China, circa 8,000 B.C.E.. Archaeological evidence shows signs that hemp seeds were used in pottery, and its oil was used in food preparation. Hemp rope was produced throughout the ancient world through the first millennium B.C.E., and by 100 B.C.E. the Chinese were using hemp to make paper.

Hemp products were popular in early American history, too. In the 1600s, American farmers in several colonies were required by law to grow hemp, and the Declaration of Independence was drafted on hemp paper. Even after the passage of the 1937 Marihuana Tax Act, which didn’t distinguish between hemp and marijuana in its prohibition, the U.S. Department of Agriculture encouraged the cultivation of hemp during World War II, which led to over 400,000 acres of industrial hemp being planted from 1942-1945.

How to Tell Them Apart

Though the two plants may appear similar to the modern untrained eye, marijuana and hemp were rarely confused for one another during the thousands of years they were cultivated before the twentieth century’s experiment with prohibition.

Marijuana is easily distinguishable by its shorter, bushier appearance, while hemp, on the other hand, is typically thinner and taller — towering up to 20 feet above the ground.

The two plants grow differently, as well. Hemp is the more weed-like of the two, growing with minimal care. It’s not uncommon to see dense thickets of hemp plants sprouting up in areas where no seeds have been intentionally planted. Marijuana, on the other hand, can only be cultivated with great delicacy and expertise.

Overall, while hemp and marijuana might share the same scientific name, they’re two vastly different plants. Luckily for contemporary society, it seems that both are beginning to be appreciated on their own merits.