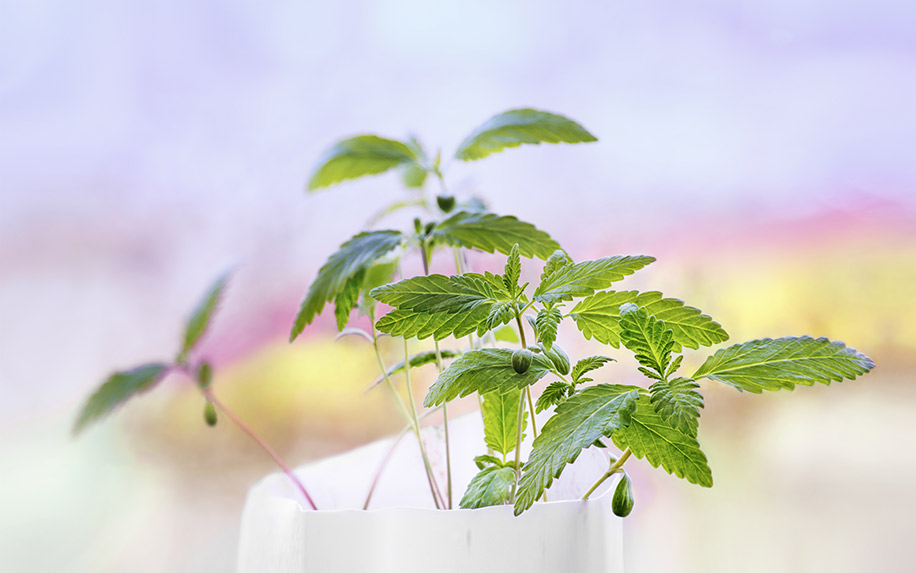 Cannabis is one of the most commonly used medical and recreational substances in the world. Image Credit: By Algirdas Gelazius on shutterstock.

Known by many nicknames, cannabis is one of the most commonly used medical and recreational substances in the world. It affects almost every organ in the body and, depending on your reaction, activates a wide range of emotions, from euphoric relaxation to anxiety and paranoia. It’s also becoming widely legalized around the worldas people move past the old stereotypes and myths about cannabis to discover the plant’s full potential.

While Canada may have been the first major Western country to legalize cannabis, the biggest driver of cannabis culture (and the shift in popular attitudes about the plant) is the United States, where more people are using it than ever before. In a 2013 National Survey on Drug Use and Health (NSDUH) of people in the country who reported using illicit drugs, 80 percent (19.8 million people) said they’d used marijuana the previous month (the survey also found 1 in 6 high school seniors say they use marijuana every day).

This trend is not expected to end any time soon. As more states consider legalization and more research is conducted into cannabis’ ability to help with numerous conditions and ailments — such as pain relief, inflammation, depression, anxiety, nausea, and sleep sleep, as well as chronic conditions including seizures and epilepsy — the number of cannabis users is expected to grow significantly.

The cannabis you buy at your local dispensary is a processed form of cannabis sativa plant (a genus which includes both hemp and marijuana, which are distinguished by their content of psychoactive THC — more on that later). It’s legal for recreational use in 10 states and Washington, D.C., while medical cannabis is legal in 33 states.

The main difference between hemp and marijuana (which we will refer to as “cannabis” going forward) is that hemp contains less than 0.3 percent of a naturally-occurring compound called tetrahydrocannabinol, commonly known as THC. Some new strains of hemp are even entirely THC-free, due to highly specialized growing processes. Cannabis, on the other hand, typically contains around 10 percent THC, which some strains have as much as 30 percent.

Why does this matter? Many reasons, but for our purposes, it’s because THC is the answer to the next question.

How Does Cannabis Get You ‘High’?

The cannabis plant contains over a hundred compounds known as cannabinoids, each with distinct properties. THC and cannabidiol (CBD) are the best known, but scientists are beginning to extensively study others as well.

Some, like THC, are psychoactive. Others, like CBD, are not. However, all cannabinoids derive their particular powers — whether they’re psychoactive, anti-inflammatory, or otherwise — by reacting with receptors in our body’s natural endocannabinoid system, a network of cells throughout the body that help control many important body functions.

By triggering these receptors, the cannabinoids in cannabis impact pleasure and pain, concentration, thinking and memory, the perception of time, and movement and coordination — basically, they change the way our brains work (for better or worse).

The Role of THC

THC is the main psychotropic compound in cannabis that acts on certain brain receptors to create the psychoactive, mind-altering buzz that affects people differently in both emotional and physical ways. It’s also useful for stimulating appetite, curbing nausea, reducing pain, promoting sleep, fighting inflammation, and many other therapeutic purposes.

While cannabis can produce desired effects, it can also cause mood changes and memory issues, lower blood pressure,  and — despite the fact is being shown to help alleviate depression — it can also cause depression and anxiety. This is because THC has biphasic properties, which means it induces different reactions at different levels. For example, if a novice consumes a small amount of THC, they might feel relaxed, while a larger dose might make them terrified.

Other Common Side Effects and Risks of Cannabis

There are a variety of known side effects of cannabis that impact different people to different extents (or not at all):

Over the long term, some studies suggest that heavy cannabis use could result in unwanted consequences like:

This is a matter of some debate. While there’s no consensus on the addictive potential of cannabis — if it exists at all — one thing is clear: excessive use has been linked with a number of undesirable outcomes, such as social isolation and depression. There’s little evidence that this is a relation of causation rather than correlation, but it’s worth keeping in mind.

Over a prolonged duration, consistent use of cannabis can lead to what’s called a “marijuana use disorder.” The National Institute on Drug Abuse (NIDA) reports that this is more likely when someone is a heavy user (smoking daily, for example) and/or has been using cannabis since a young age.