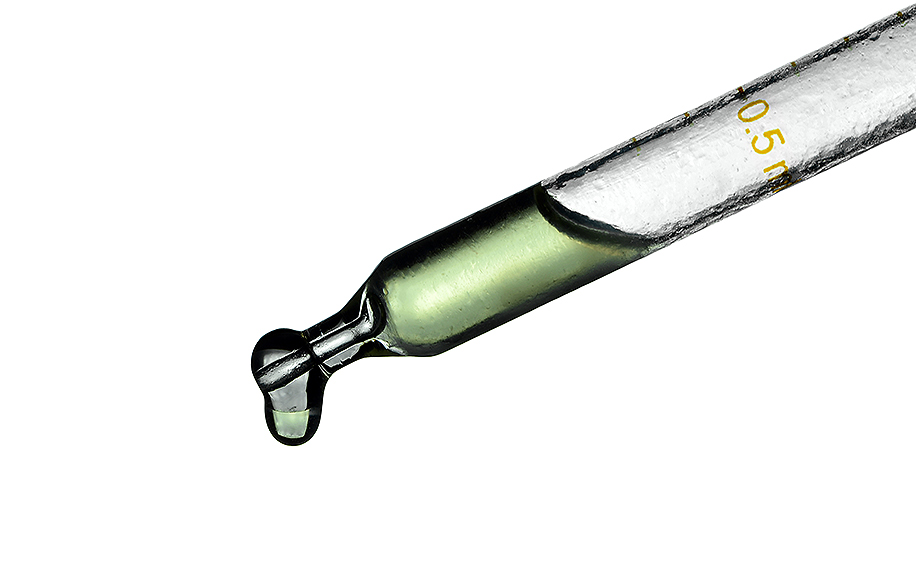 Microdosing has become a pervasive wellness trend in recent years, with advocates saying it unlocks the health benefits of everything from mushrooms to red wine to cannabis. The idea behind microdosing is to take a large enough dose of a substance to produce therapeutic effects but small enough to avoid intoxication.

It’s been called “the future of marijuana” by Business Insider and others, and while that might be somewhat hyperbolic, there’s a grain of truth to the idea. Judging by the explosive popularity of CBD (and growing awareness of the therapeutic effects of THC, even for pets), people are keenly interested in using cannabis for other reasons than getting high — and microdosing could offer an ideal way to treat conditions like stress, anxiety, or depression (at least in theory). But how did the trend get started in the first place?

The practice of microdosing was first popularized by Silicon Valley tech bros, with many using hallucinogens such as LSD or DMT to heighten their creative powers. As one executive told the New York Times, “It is the thing to reach the next level of innovation.” It soon spread across the country, aided by the efforts of proponents like Dr. James Fadiman, the author of a 1966 research paper on hallucinogens and creative thinking and widely regarded as the world’s foremost expert on microdosing.

“People do it and they’re eating better, sleeping better, they’re often returning to exercise or yoga or meditation. It’s as if messages are passing through their body more easily,” he said in an interview with VICE.

In recent years, cannabis microdosing has also become increasingly popular, and many users have reported similarly positive effects. After Cosmopolitan writer Charlotte Palermino spent a week taking tiny doses of cannabis, she wrote that “microdosing helped me gain some perspective and and drop the anxious energy that was burning me out.” And when Tracy Chabala of The Fix tried her own experiment with microdosing cannabis, she found that it gave her “a positive feeling of ease and tranquility” while still leaving her with “no craving for more [cannabis].”

Due to cannabis’s biphasic dose response, it’s a natural candidate for microdosing, as a smaller dose can provide an opposite effect to that of a larger one. One of the clearest examples of this can be found in cannabis’ effect on anxiety. A 2017 study from the University of Chicago found that low doses of THC — 7.5 mg in the experiment — reduced negative emotional response to a given task as well as follow-up appraisals of the stress felt during the task, while slightly higher doses of 12.5 mg of THC actually increased stress and negative emotions from the baseline.

This lower-doses-are-better logic doesn’t hold for all things, but it has given cannabis researchers pause when assessing appropriate dosage for cannabis. In the treatment of pain, a study out of UC Davis found another curious relationship in dosage, “with the low dose being, for all intents and purposes, as effective a pain reliever as the medium dose.” Another study found that low cannabinoid doses given to opiate-resistant patients with advanced-stage cancer relieved pain better than medium or high doses.

The efficacy of small doses of THC has been noted by the medical cannabis establishment. Dr. Allen Frankel, an internist based in Los Angeles, told Rolling Stone that he prescribes the lowest effective doses of THC in his own practice.

“A quarter of my patients are taking less than 3 mg of THC a day,” he said. “In all medicine, with all drugs, you look for the minimum effective dose. Period.”

Many people use edibles such as capsules or gummies to microdose, both for their dosage precision and long-lasting effect. Both tinctures and controlled-dose vape pens also work for the practice, although they are faster acting and may need to be taken at regular intervals throughout the day to be consistently effective.

When microdosing with edibles like gummies, the easiest way to ensure accuracy is to choose a product with 1) a total cannabinoid content of under 5 mg per piece, and 2) a clear breakdown of that cannabinoid content (i.e. the ratio of THC to CBD). Depending on the dose you need — which can be determined by a bit of experimentation, as detailed below — you can cut the edible into smaller pieces or consume the whole thing. When microdosing with edibles, it’s best to have a full stomach before beginning.

Microdosing with tinctures is similarly straightforward, though it can require a bit more math. Again, you’ll need to find a tincture with a clearly-labeled breakdown of its cannabinoid content. The next step is to figure out how much of each cannabinoid is contained in a single dropper, and adjust your dosage according. If the product you’re looking at doesn’t provide this information on its packaging, it’s best to look elsewhere.

Other delivery methods, like smoking or vaping cannabis, come with a bit more uncertainty. The exception, of course, are controlled-dose vape pens, which tend to be ideally suited to microdosing due to their low dosages (the popular pens from the brand dosist, for example, release 2.25 mg of THC per inhalation). However, conventional vape pens and traditional forms of smoking cannabis — ex. joints or pipes — offer much less precision, since their doses can depend on factors like how long you hold your breath or the temperature at which the cannabis is vaporized/combusted.

Regardless of the delivery method, it’s best to avoid alcohol or other drugs when microdosing. Mixing alcohol and cannabis can lead to an unexpectedly intense feeling of intoxication, especially in novice users. Research has found that alcohol can make the effects of THC both stronger and faster-acting, which is the last thing you want when microdosing.

The typical microdose is between 2 and 5 mg of THC, although it can range lower or higher depending on genetic disposition and individual tolerance. As with many things in the medical cannabis world, your mileage may vary.

Dr. Dustin Sulak, a Maine-based physician who’s emerged as something of an authority on cannabis microdosing, told Rolling Stone about his protocol for establishing a microdosing regimen.

“Abstain from cannabis for two days,” he said. “On day three, consume 1 mg of THC and 1 mg of CBD, preferably in a tincture or oil where they can be measured precisely. Before consuming, ask yourself three questions, and answer on a scale of 1–10: How easy is it to breathe, how comfortable and calm does your body feel and how easy is it for you to smile authentically, to feel content and grateful?”

After completing your self-appraisal, Sulak said, you should consume the first microdose, wait 45 minutes and ask the questions again. If there’s been no change, increase the dose by 1 mg.

“You repeat this process over the next few days,” he said, “increasing the dose by small increments. When you reach a point where you feel a difference after consuming, you’ve found your minimal effective dose.”

Microdosing, some say, may become the new normal as cannabis reform moves forward. The system can help provide the therapeutic effects that many users are after while cutting down on the intoxication that the world’s lawmakers — and law enforcement agencies — have been wary of.

This doesn’t mean that higher doses will go out of style, though. While microdosing might be suitable for people dealing with milder symptoms, those with serious, chronic conditions are likely to find that a few milligrams aren’t quite enough to relieve their discomfort — at least sometimes. Like Sulak said in a Leafly interview, “If I see someone with multiple sclerosis who is in the middle of a flare-up and having a really hard time, she may need a higher dose to get the symptoms under control.”

Still, there’s no one-size-fits-all dosage guide when it comes to cannabis, especially when it comes to medicinal use. The effects vary from person to person, and even a specific individual might respond better to widely different doses throughout the course of treatment (or even throughout the day). With microdosing, the hope is that people can find the right amount to get the relief they need while still being able to go about their daily lives.

As Sulak said of his hypothetical MS patient, “[As] she gets well and heals, her daily dose will go down and down and down, until the point where microdosing becomes a maintenance plan.”