The Difference Between Cannabis Essential Oil and CBD Oil 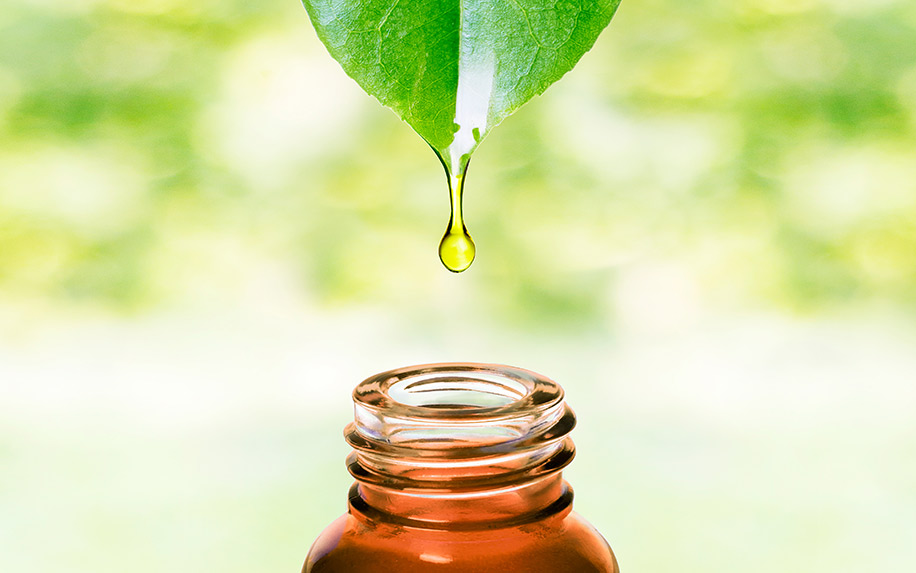 Cannabis essential oil does not hold the health benefits of CBD oil. Image Credit: By Moustache Girl on shutterstock.

For just one plant, cannabis seems to produce an astounding number of oils. The best known is CBD oil, the non-intoxicating, anxiety-reducing phenomenon that has swept the nation in recent months, while THC-rich cannabis oils are now a common sight in dispensaries around the country. Hemp seed oil, of course, has been around for years. However, there’s a lesser-known product of this versatile plant that deserves attention as well: cannabis essential oil.

Sometimes called “cannabis flower oil” or “hemp essential oil,” it’s quite different from all the varieties mentioned above (if your head hurts from trying to keep all these nearly-identical names separate, you’re not alone). For simplicity’s sake, we’ll stick to calling it cannabis essential oil — here are a few things you should know about it.

What Is Cannabis Essential Oil and What Does It Do?

Cannabis essential oil is generally made from the flowers and upper leaves of the hemp plant, and because of the way it’s extracted, it contains only the tiniest traces of cannabinoids (chemicals like THC and CBD). That means you won’t get any of their anxiety-reducing or euphoria-inducing effects — however, you might get similar effects from myrcene and the oil’s many other terpenes. There are over 140 terpenes present in cannabis essential oil, and they’re responsible for many of the oil’s benefits.

According to a study from a team of Italian researchers, inhaling cannabis essential oil has a number of effects on the brain, the most intriguing of which is its ability to reduce “stress, depression, and anxiety.” After breathing in the oil, the study’s participants described themselves as “more energetic, relaxed, and calm.”

The scientists identified two main causes for these effects: myrcene and another chemical called β-caryophyllene, which is also found in the essential oils of hops, cloves, and rosemary. These compounds seem to be the key to unlocking the therapeutic benefits of cannabis essential oil — but how do they actually work?

Much like CBD- or THC-rich extracts, cannabis essential oils derive most of their benefits from their ability to affect the activity of neurotransmitters in the brain. By triggering certain receptors in the nervous system, they’re able to increase the production of helpful chemicals like serotonin and dopamine (often considered the “happiness” chemicals, though this is a bit of an oversimplification).

Up until now, research into cannabis essential oils has been minimal. As a result, while scientists have a solid theoretical understanding of what they should be capable of doing (and the limited number of studies that have been conducted seem to confirm their theories), there’s still a lack of conclusive evidence for the practical value of cannabis essential oils.

However, that hasn’t prevented people from using them.

Why (and How) to Use Cannabis Essential Oils

As mentioned earlier, studies have shown that cannabis essential oils can significantly improve your mood and reduce your levels of stress and anxiety, and that should be enough reason for anyone to be intrigued. However, those aren’t the only benefits they bring to the table.

Cannabis essential oils can be used both externally and internally (referring to your body). When applied externally, they’ve been shown to have antiviral, antifungal, and antimicrobial properties. Applied internally (i.e. when breathed into the lungs), they can act as a sedative, an anti-inflammatory, or a muscle relaxant. As a bonus, the vapor of cannabis essential oil also repels insects.

When it comes to using them, the most popular method involves an oil diffuser. These come in a range of options from high-tech ultrasonic diffusers to the humble reeds-in-a-small-glass variety. Regardless of their design, they work in similar ways — the pure essential oil is mixed with a carrier liquid like water, which is then heated until vapor forms and begins to waft around the room.

Cannabis essential oils can also be used topically, but remember — they should never be applied directly to the skin. Instead, it’s better to find a lotion, cream, or soap infused with the oil (if you’re a DIYer with a stickler for purity, you can make your own). It’s worth keeping in mind that many cannabis-infused products are mislabeled or deceptively marketed, so if you can’t tell whether a given product contains cannabis essential oil or a different type of extract, that’s a good sign to look elsewhere.