The Debate Over Smoking Cannabis in Public 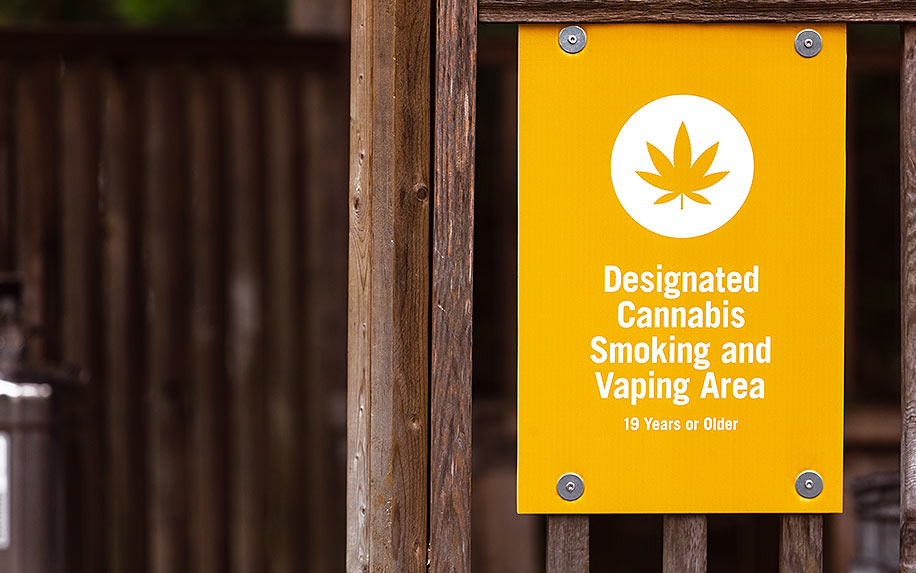 Across much of the United States and Canada, governments have decided that people should have the right to use cannabis for medical and/or recreational purposes in the privacy of their own homes. But now, they’re wrestling with a question that is proving just as thorny: should it be legal to smoke it in public?

When Canada’s federal cannabis legalization came into effect in October 2018, it carried no restrictions on public use, leaving the issue to the provinces. Since then, individual provinces have handled it in different ways, and continue to refine their approaches.

In Ontario, home of Canada’s largest city, Toronto, smoking or vaping anything is prohibited in all workplaces and enclosed public spaces, while smoking or vaping in open-air spaces is permissible. In the city of Nova Scotia in the Canadian province of Halifax, smoking is forbidden on all public municipal property, even in the open air, which is an attitude consistent with much of the legalized U.S..

As reported in the CBC, the province of Quebec recently backtracked on its opposition to smoking in public when the mayor of its largest city, Montreal, said the new restrictions would “pose significant difficulties.” In the long period preceding legalization, enforcement of cannabis crimes had been deprioritized in the city to the point that public consumption was tacitly allowed, and the restriction didn’t jibe with the overall direction of the legislation.

On the other side of the border, Washington, D.C. recently reduced charges for people found smoking cannabis in the fully legalized city. But in Los Angeles County, where smoking regulations are generally more stringent, regulations on cannabis use in public are headed in the other direction. Closing a declared “loophole” in its smoke-free policies, the county’s Board of Supervisors recently voted to include cannabis smoking and vaping in its existing smoking ban on its famous beaches and boardwalks.

The Arguments for (and Against) Smoking Cannabis in Public

A provision in Illinois’ legalization law allows for municipalities to have final say on smoking cannabis indoors in public places, the kind which have been off-limits for tobacco smoke since 2008. According to the Chicago Sun-Times, the argument behind this thought is to give communities freedom in building an infrastructure for social cannabis consumption along the lines of alcohol or hookah bars.

State Rep. Kelly Cassidy, the architect of the legalization law, said it “felt like it made the most sense for [local authorities] to be able to figure that out as it suits their communities. It’s really about licensing social consumption spaces, and that’s left very open for locals to determine what they want that to look like.”

Groups that broadly oppose smoking see this possibility as negative progress. “This is a step backwards for the health of the people of Illinois,” as Kathy Drea, head of advocacy for the American Lung Association in Illinois, told the Chicago Sun-Times.

Kevin Sabet, president of national anti-legalization group Smart Approaches to Marijuana, said, “If you told public health advocates 10 years ago that, in 10 years, we’re gonna have any exemptions” to the ban on indoor smoking in public places, “you’d get laughed out of the building. They went way too far on this bill.”

The smoke-free movement was born out of awareness for the dangers of secondhand tobacco smoke. Secondhand cannabis smoke contains many of the same carcinogens and toxic chemicals as tobacco smoke, including ammonia, mercury, lead, formaldehyde, benzene, hydrogen cyanide, and toluene. Early studies show its association with an increased rate of asthma and cardiovascular risks in nonsmokers.

But perhaps this is carryover from the stigma that cannabis has carried for decades. The medical cannabis movement has been the driving force behind cannabis reform, in a large degree because it has changed the way that cannabis use is viewed. For this movement to achieve its ultimate goal — full normalization — cannabis use may have to be brought out into the open.