The Argument Against: Cannabis Wax 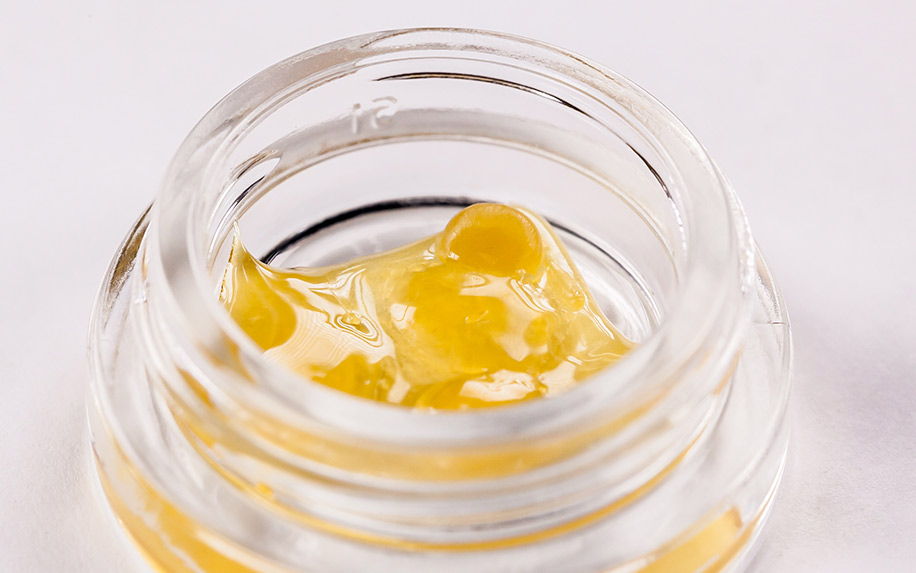 Cannabis wax is a potent glob of concentrate, generally containing between 60-90 percent THC.Image Credit: By Seventy Seven Supply on shutterstock.

Cannabis wax — aka dabs, ear wax, butane honey oil, etc. — is a highly potent form of cannabis concentrate that has risen to prominence in recent years as the cannabis marketplace gets more diversified. While some have suggested it could be a viable option for medical cannabis patients dealing with severe symptoms, others insist (with good reason) that the risks outweigh the potential benefits.

Much like cannabis shatter, wax is an extract that’s made using butane to extract THC from cannabis flower to create a very potent glob of concentrate, generally containing between 60-90 percent THC. With wax in hand, users often use specialized devices called “dab rigs” to smoke with. A smear of wax is applied with a metal wand-like tool to the hotplate, called a “nail,” a heat-resistant titanium, ceramic, or glass surface that vaporizes it. It is then inhaled through the water pipe-esque dab rig. This is as complicated as it sounds, and also as expensive (rigs on the low end of the price spectrum tend to cost at least $100).

Although it’s occasionally touted as a powerful, instantaneous way for medical cannabis patients to get relief — and in 2014, a California court of appeals ruled that its use was indeed covered under the state’s Compassionate Care Act — its main appeal is for recreational users seeking an ever-more intense experience. Yet for many, this intensity can be more than they bargained for.

The Problems With Cannabis Wax

Since cannabis wax purchased from legal dispensaries is exorbitantly expensive — generally selling for $70-$100 per gram, while cannabis flower tends to cost less than $10 for the same amount — a sizable number of people have attempted to make their own at home. This has occasionally led to severe consequences.

Take the 2014 case of the two young Minnesotans who tried to make cannabis wax in their poorly-ventilated basement, using a home kit of a butane blow torch and hot plate. After a fire broke out, the two left the house without alerting anyone. Tragically, the 85-year-old grandmother of one was home at the time, and later succumbed to smoke inhalation, as reported by the local news station WPON. While it’s important not to overstate the significance of a single incident, this is not the only time that cannabis wax has made the news for the wrong reasons.

A common risk of the do-it-yourself method is the release of butane into the air. The heavy gas accumulates on the floor, undetected by smell, waiting for a spark to ignite it. In 2013, when wax was more of an underground phenomenon, a doctor in a southern California hospital told Fox L.A. that he’d seen 20 victims of wax explosions in a matter of months, going so far as to call the problem an “epidemic.”

Proponents of cannabis wax say these fears are overblown, and that professionally-made wax is safe for both its creators and users. There’s some validity to these claims — at least in the first case. Most professional operations now use closed-loop extraction methods to help extract butane from the finished product, which is further purged by placing the wax in an oven on low temperature. This also helps eliminate the risk of excess amounts of butane remaining in the wax, which can cause damage to users’ lungs.

But butane isn’t the only potentially harmful substance contained in cannabis wax. For many users — especially novices — the amounts of THC contained in the wax are simply too great. Since THC is a biphasic compound, it induces drastically different effects at different concentrations. For example, while a small dose may relieve the symptoms of anxiety, a larger dose can aggravate them.

This has caused many users to experience severe side effects. As detailed in a 2017 paper published in the journal Cureus, cannabis wax can cause “significant adverse effects including psychosis, neurotoxicity, and cardiotoxicity.” Even in less serious cases, it’s been known to cause symptoms like paranoia, racing heartbeat, and unconsciousness.

For medical patients — and even recreational users — there are far better and safer options available.