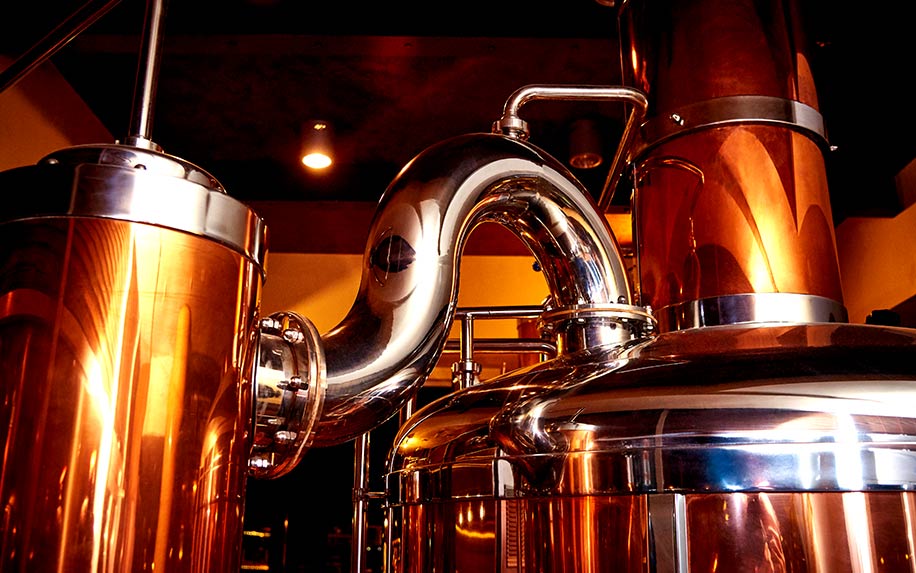 What do you imagine when you think about where your cannabis comes from? Do you picture rows of tall, leafy crops waving in the wind in an open field? Or maybe a well-lit greenhouse with webs of irrigation tubes pumping nutrients into individual pots?

How about a big bucket full of yeast?

‘Brewing’ cannabis sounds like something out of science fiction — or the kind of idea an overeager enthusiast might have after one too many cannabis cocktails — but it’s already a reality (kind of). A surprising number of companies are now developing technologies to create cannabis’ key compounds, known as cannabinoids, using microorganisms like yeast.

In Canada, Hyasynth Biologicals has been authorized by Health Canada (the country’s national health service) as a Licensed Dealer of cannabinoid products for both research and consumer use. In the United States, outfits like Intrexon and Gingko BioWorks (which bills itself as “The Organism Company”) have signed $100+ million deals with some of the biggest brands in both cannabis and wellness.

But is this just another example of tech companies providing expensive solutions to non-existent problems, or could it actually be the future of cannabis?

How (and Why) Would You ‘Brew’ Cannabis?

While it might seem like you’d need a Ph.D. in biochemistry to understand how this process works, it’s more straightforward than you’d think (though you’d still need that Ph.D. to, you know, actually do it).

Essentially, all it takes is a special strain of yeast that’s been “programmed” to produce a specific cannabinoid like THC, plus water, sugar, and air. If you’ve ever tried making your own kombucha at home, the process is much the same.

It’s a relatively quick one, too. Fermenting the yeast can take less than a week, at which point the cannabinoids it creates are ready to be placed into a wide array of products like:

This quick turnaround time explains part of the appeal of brewing cannabinoids. Under normal conditions, a cannabis plant can take anywhere from 3-6 months to reach full maturity, during which time growers must protect their plants from a number of threats, including bugs, fungal infections, and environmental stressors like heat or light. The controlled conditions of a brewing vat offer another advantage over traditional growing methods.

However, the biggest reason people are excited about yeast-derived cannabinoids is because they allow on-demand production of compounds that are scarce in nature. Take CBN, for example. This (very) mildly intoxicating cannabinoid has attracted a great deal of buzz in recent months thanks to its sleep-promoting qualities, with CBN vape pens, gummies, and other products starting to hit the market. There’s just one problem: CBN makes up only 1 percent of a typical plant’s cannabinoid content, meaning that it’s expensive and time-consuming to create products with it in any significant amount.

Brewing cannabinoids, then, could be beneficial for both consumers and brands’ bottom lines. But it could also be good for the environment.

Why ‘Brewing’ Cannabinoids Could Make the Cannabis Industry More Sustainable

Sometimes, the impact of cannabis farming on the environment is obvious. Black market grow operations have become a major problem in national parks, especially in states like California and Colorado. Illegal cannabis growers often use banned pesticides like carbofuran (which is banned in the United States), and their habit of “clearcutting” huge swathes of trees to make room for crops has put a great deal of stress on already-vulnerable ecosystems.

And illegal or not, outdoor cannabis farms use an enormous amount of water. According to a 2015 study in the journal BioScience, a single acre of cannabis requires over 460,000 gallons of water during the growing season.

Growing the plants indoors in greenhouses presents problems of its own. Here, the main problem isn’t connected to cutting down trees or poisoning rivers with pesticides, but energy consumption. The fans, grow lights, and other machinery found in greenhouses often run around the clock, which requires a huge amount of electricity. A 2016 report from the National Council of State Legislatures (NCSL) found that a 5,000 square-foot greenhouse could use nearly 42,000 kilowatt-hours per month, compared to 630 for the average family home.

Brewing cannabinoids in vats, while not exactly an energy-neutral endeavour, could allow key components of the plant to be produced at a much greater scale while also using a fraction of the resources currently necessary. Instead of growing acre upon acre of cannabis to harvest a few drops of its sweet, sweet CBC, you could get a much greater yield in a shorter amount of time — and save an enormous amount of land, water, and power in the process.

So what’s the catch? Why aren’t all our cannabinoids being made in a lab now?

The Downsides of Brewing Cannabinoids

Much like self-driving cars or VR headsets, the technology for brewing cannabinoids has made tremendous strides in the past few years. But even if you believe it’s 90 percent of the way there to going mainstream, those last few steps represent a huge hurdle.

Part of the problem lies in the production process itself. While it sounds simple enough — put cannabinoids in yeast, wait a while, profit — it turns out that the yeast itself has other ideas.

According to Trevor Peters, CEO of a Canadian cannabinoid company called Willow Biosciences, “Plants have evolved over time to fight off things like yeast, so the yeast cell tends to spit out what you’re trying to put in it.” As he told the Financial Post, this means that brewing cannabinoids at a significant scale is still a ways off. “I have seen a lot of forecasts that say companies are going to be ready by the end of 2019,” he said, “and I think that’s probably a bit aggressive.

Another issue is that, for now, the most in-demand cannabinoids can be extracted more cheaply from conventional plants. THC and CBD are still the only cannabinoids that the vast majority of people even know about — and judging by all the “Does CBD oil get you high?” articles floating around the internet, many of them still don’t know a lot — and they also happen to be the two most most common cannabis compounds.

At the moment, consumer demand for more obscure cannabinoids like CBN, CBC, or CBG isn’t quite great enough to make brewing a large-scale alternative to traditional growing methods. But as the general public’s taste for cannabis grows more refined (and scientists fine-tune their techniques), that could be changing in the near future.