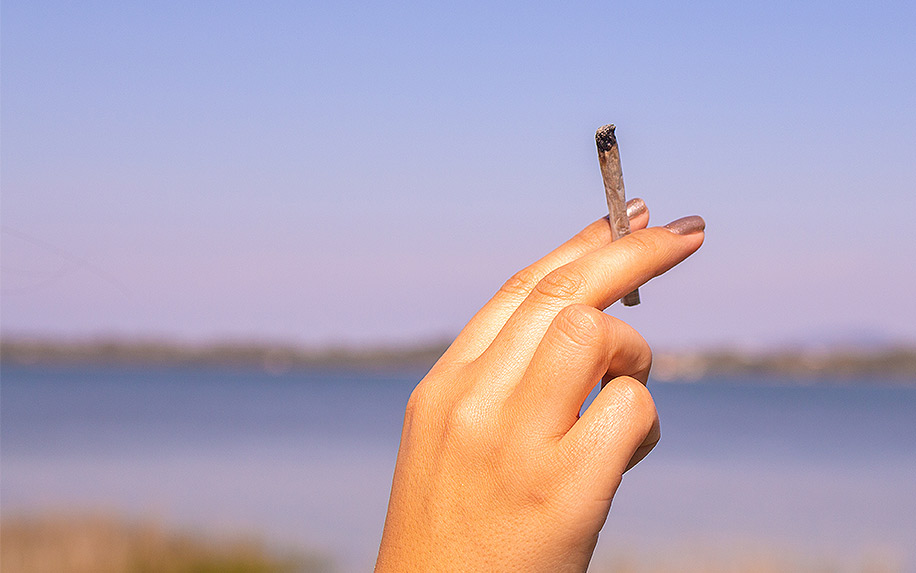 When most people think of cannabis — and the use of cannabis — they’re not thinking of today’s lotions, potions, sublingual strips, or sterile tinctures of CBD. Most Americans still associate cannabis with a stoner stereotype; mostly involving buds, plumes of marijuana smoke, and a distinct and powerful smell. Because of the stigma surrounding (and, in many states, the illegality of) cannabis and particularly the telltale scent that comes from smoking it; odorless cannabis has long-been a dream of consumers — and it’s looking more and more like this dream will become a reality.

While details remain limited, what we know so far about the production of odorless marijuana is it will work by dimming the natural terpene-rich flavor and odor of the cannabis plant (for a refresher on all things terpenes, which are becoming more and more critical to understanding cannabis, check out our guide to cannabinoids and terpenes).

Canada-based CannabCo Pharmaceutical Company and U.S.-based Float Technologies are trailblazers in the odorless cannabis space, and both believe they are working on technologies that will deliver what the pro-odorless marijuana market wants. Float also claims to have figured out a method of introducing new flavors into its denatured FreeLeaf product, to be sold when the company’s BudBerry Dispensary and Lounge opens in Los Angeles in February 2020.

Still, everyone is being super secret about techniques for removing the odor of cannabis.

Both companies have indicated that their products will use proprietary processes to remove the smells of their cannabis products. “There are no third-party gadgets, or devices on the part of the user,” CannabCo CEO and president Mark Pellicane said about his company’s PURECANN odor-reducing technology. “The end result is pure cannabis that doesn’t smell.” (How’s that for vague?)

Float’s press release says that its product will be run through “a process which keeps the potency of the flower intact while at the same time rendering it completely devoid of the cannabis odor and taste.” Float is run by cannabis chef Jeff Danzer — aka JeffThe420Chef. Yes, JeffThe420Chef.

Odorless cannabis should be the same as regular cannabis, but without the downsides.

Following CannabCo’s paper trail of press releases dating back to 2017, when the company made a splash by announcing that it had raised $24 million in venture capital and was in the process of building a cultivation facility able to produce 15,000 kilograms of cannabis per year, it seems that the original aim in creating its PURECANN technology was to reduce the harshness of cannabis smoke.

In another press release, CannabCo COO Mark Novak said, “The technology when deployed eliminates much of the harshness of smoking cannabis in its dry form, [making] the process of using cannabis far more tolerable while retaining the essential properties.” According to the latest communication, PURECANN will now also “[lessen] day-after effects.”

While CannabCo claims its odorless cannabis will be “virtually undetectable,” the word “virtually” is carrying a lot of weight. Anything that is burnt will produce an odor, even if it isn’t immediately recognizable as cannabis. And when it’s in storage, it might be too subtle to be sniffed out by a human — but dogs’ noses are 1,000 to 10,000 times more sensitive, according to VCA Animal Hospitals. While no studies have yet been conducted on whether drug-sniffing dogs can sniff out odorless cannabis, they’re known to be able to detect incredibly faint aromas that go unnoticed by humans (like the smell of adrenaline), so there’s reason to be skeptical.

Still, There Are Many Advantages of Odorless Cannabis

In its reduction of harshness and odor, CannabCo’s product seems well suited for the medical cannabis market — though Pellicane imagines even greater possibilities.

In a statement, Pellicane said, “When we saw the technology in action and the end result, we realized there were a number of potential markets associated with the use of PURECANN.” Instead of just helping patients to discreetly receive their medicine, the company thinks odorless cannabis can become a new industry trend.

“Imagine someone going outside for a break during the day, having their afternoon cannabis and coming back without any odor attached to their clothing or coat,” he added. “A woman can carry cannabis in her purse without having the odor concentrated or leaking out in her handbag. A number of users, and people that are around cannabis smokers, complain about the smell, especially in enclosed areas, condos, and apartments, and this technology addresses those concerns.”

Police officers have long used the smell of cannabis to justify conducting searches (and, eventually, making arrests). However, due to newly-liberalized hemp laws — which make “the smell test” less viable, for reasons that will be explained shortly — many law enforcement agencies have deprioritized cannabis due to the difficulty of establishing probable cause, and odorless cannabis could further accelerate this trend.

The Miami-Dade Police Department — the largest in Florida — released the following memo to the Miami New Times after the state passed a hemp legalization bill on July 1:

“Hemp and cannabis look, feel and smell the same, and both can be smoked. Currently, there is no way to distinguish between hemp and cannabis based on plain view or odor alone.”

“Accordingly, officers can no longer search a vehicle based solely on the odor of cannabis. Now you must articulate additional factors that lead you to believe that the substance is illegal cannabis, based on the totality of circumstances. You need ‘odor plus.’”

In Texas, a similar state hemp law preceded another state-wide freeze on low-level cannabis charges. Dallas County District Attorney John Creuzot told NBC News in April, “A drug dog can’t [tell the difference], nor can a presumptive test. And so we can’t distinguish something legal from illegal, and that’s across the state.”

In Canada of course, cannabis has been legalized across all provinces. And though most have laws against the use of cannabis in public, jurisdictions like Montreal are pushing back against the idea of heightened enforcement, for reasons both of fairness — some like to enjoy cannabis with their picnics, similar to how others enjoy wine — and difficulty in enforcement.

The Disadvantages of Odorless Cannabis

Despite the obvious appeal of odorless cannabis, it could also come with some significant downsides — both obvious and subtle.

While odorless cannabis isn’t known to pose any unique risks compared with traditional cannabis, it might be missing some of its therapeutic compounds. Terpenes like limonene and pinene, which the odor-damping technologies would likely affect, are now thought to be a significant source of cannabis’s health benefits. Neither company addressed how its products would deal with the presence of terpenes.

Some experts, like Harvard Medical School’s Dr. Peter Grinspoon, believe that removing these odor-causing compounds would have a negative impact on both the effectiveness and enjoyability of cannabis.

As Grinspoon told VICE’s Motherboard, “Terpenes are such an important part of the enjoyment recreationally, as well as the medicinal properties. Why would you take away the odor?”

Odorless cannabis could inadvertently reinforce negative stereotypes about cannabis use.

Lastly, there are ethical questions. In the push toward normalization, cannabis stigma is being overturned — everywhere from dispensary billboards showing non-stereotyped users to congressional debates. Many have argued that the ingrained prejudices around cannabis’ smell should also be washed away by the rising ride of social acceptance, as cannabis use in America becomes more popular than ever before.

Brendan Bures of the The Fresh Toast urged people to concentrate on both the battle and the war. “On one hand, helping patients gain access to medicine they need is something worth promoting,” he wrote. “But on the other, this almost seems like a stop gap to help marijuana users disassociate from negative stigmas around cannabis. Isn’t a more noble cause to educate society on why smoking marijuana shouldn’t be frowned upon? Avoiding the smell of weed is only necessary when laws prohibit its usage.”