Is Cannabis Really Stronger Than It Used to Be? 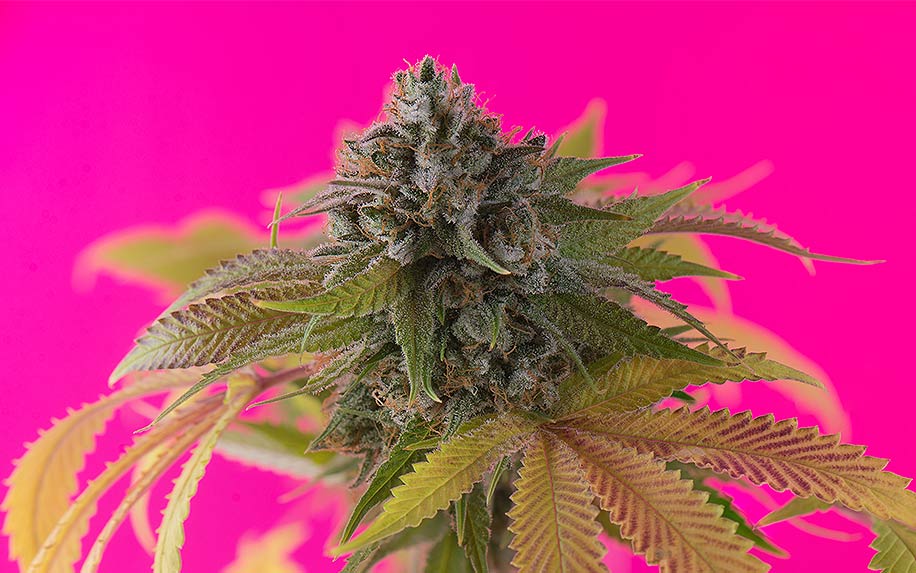 Cannabis is getting stronger — which may not be an advantage. Image Credit: By Roxana Gonzalez on shutterstock.

Opponents of cannabis legalization often cite the plant’s increasing potency as a reason to discourage its widespread use. Even those with a more cannabis-friendly stance acknowledge that it’s been getting stronger over the past decades. “I think most people are aware of the phenomenon that ‘this is not your grand daddy’s [marijuana],’” as Staci Gruber, director of the Marijuana Investigations for Neuroscientific Discovery program at McLean Hospital, told NPR.

It’s an anecdotal observation that appears to be backed up by scientific evidence, going by the average THC content present in cannabis seized by the U.S. Drug Enforcement Agency (DEA). According to a 2016 study in the journal Biological Psychiatry, in the 1970s cannabis seizures topped out at an average of 1 percent THC. By 1995, that had risen to 4 percent, and by 2014, the THC content of an average seizure was around 12 percent.

This increase in potency has accelerated in recent years. A 2019 study published in the European Archives of Psychiatry and Neuroscience found that by 2017, the average THC content of cannabis strains reached 17.1 percent. “That’s an increase of more than 300 percent from 1995 to 2017,” Gruber told NPR. “I would say that’s a significant increase.”

Some have questioned the accuracy of these studies, saying that inaccurate testing methods and inconsistent sampling (a 1984 paper found that some samples were stored for years before testing, during which time their THC content would have degraded considerably) have painted a picture that is at best incomplete, and possibly misleading.

“It’s fair to be skeptical,” as Michael Kahn, the president of a Massachusetts cannabis testing laboratory, told The Atlantic. “Back then the predominant method for quantitation was gas chromatography, which is not quite appropriate for cannabinoid quantitation. This is because [it] heats up the test material before analysis, which also alters the chemical profile — including breaking down the THC molecule.”

However, while it’s unclear if all cannabis is significantly stronger than it was years ago, it’s undeniable that high potency cannabis is more widely available than ever. This is especially true in states with legalized cannabis, where strains with 20-30 percent THC can easily be found at dispensaries. Until recently, many cannabis growers have focused above all else on breeding strains with higher THC content — for example, the most potent strain of the 2011 Cannabis Cup contained 25.49 percent THC, but just three years later that same strain’s THC levels had risen to 27.46 percent, according to Mic.

Aside from intensive breeding, cannabis growers have also fine-tuned their practices for curing and treating the plant after it’s been harvested. As cannabis science becomes more advanced, growers have learned how heat and light affect their crops’ cannabinoid content (negatively), and now take extra precautions to ensure it’s stored in dark, airtight environments as it dries.

There’s also the matter of newly-popular concentrates like cannabis shatter or vape oil, whose potency can far exceed that of flower, in some cases reaching up to 90 percent THC.

With this increased potency have come increased concerns about potential health risks — but again, it’s a matter of heated debate.

A March 2019 study published in the journal Lancet was among the first to attribute specific risks to high-THC cannabis strains, finding that individuals who use them are much more likely to experience their first episode of psychosis than a control population.

In the study, researchers compared the correlation of cases of first-time psychosis and subjects’ cannabis consumption. They looked at 901 first episodes of psychosis in both Amsterdam and London from 2010 through 2015, and contrasted their cannabis use with 1,237 healthy individuals. In Amsterdam, they found that those who had experienced first-time psychotic episodes were twice as likely to use strains with THC content greater than 10 percent than the control group; in London, the difference in use of high-potency cannabis between the psychotic episode group and the control was 30 percent higher.

The correlation between cannabis use and psychotic disorders — which extends to the abuse of alcohol and other drugs — is something that’s long been debated. “People who have an emerging schizophrenic disorder may be consuming marijuana, trying to self-medicate because they just don’t feel right,” Dr. Nora Volkow, the director of the National Institute for Drug Abuse at the National Institutes for Health, said in an NPR article.

But any suggestion that cannabis can cause people without a predisposition to become schizophrenic is hamstrung by the fact that cannabis use has risen 11-fold over the past 50 years while the incidence of schizophrenia remained steady in the US population.

Dr. Diana Martinez, a psychiatrist and addiction researcher at Columbia University, told NPR that the Lancet study does not prove causality — a point echoed by the study’s authors, who warned against drawing a cause-and-effect relationship between high-THC cannabis use and psychosis. “You can’t say that cannabis causes psychosis,” Martinez said. “It’s simply not supported by the data.”

However, there are some risks of high-THC cannabis that even proponents of legalization don’t dispute. For one, it’s harder to correctly regulate dosage — which, owing to cannabis’s biphasic dose response, means that higher doses of THC can induce negative effects that lower doses can help to ameliorate. These biphasic characteristics help account for the extreme anxiety and paranoia sometimes triggered by high-THC cannabis, which tend to have lower ratios of CBD, which has anxiolytic effects that can help to counter such adverse reactions.

Another emergent risk brought about more often with high-THC strains is cannabinoid hyperemesis syndrome, a condition marked by hard-to-treat nausea, intense abdominal pain, and cyclical vomiting. Andrew Monte, an associate professor of emergency medicine and medical toxicology at the University of Colorado’s school of medicine, published a recent study in the Annals of Internal Medicine addressing the illness, which made up 18 percent of all inhaled-cannabis cases at his ER.

“The typical patient uses [inhales] about 10 times per day … and they come in with really difficult to treat nausea and vomiting,” Monte told NPR. “Some people have died from this … syndrome, so that is concerning.”