Is Cannabis a Stimulant or a Depressant? Both, Actually. 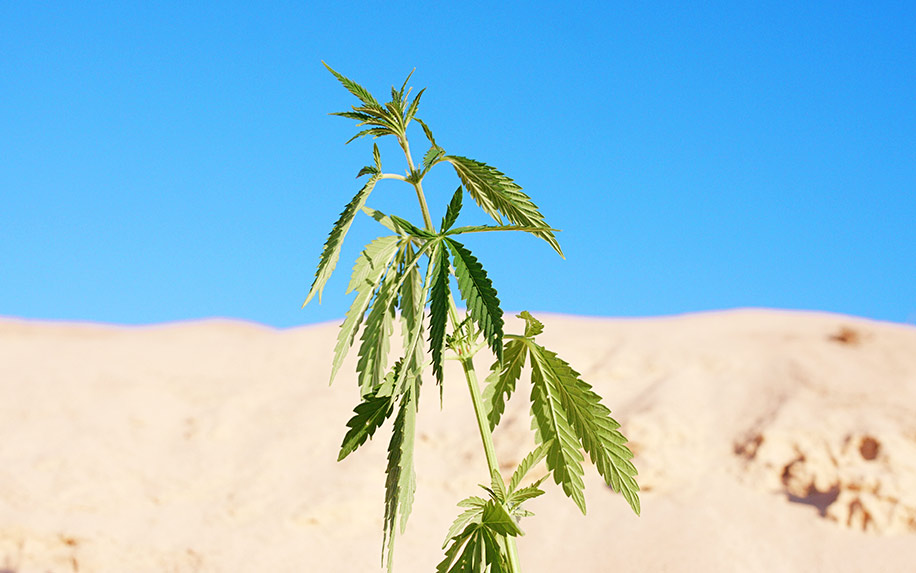 Scientists have found cannabis to be a surprisingly versatile plant. Image Credit: By PRO Stock Professional on Shutterstock

Although any scientist will tell you that cannabis is hard to classify, most people tend to view it as a hallucinogen crossed with a depressant. Few would call it a stimulant, since its effects seem vastly different from those of substances like cocaine and methamphetamine.

But according to the Center for Substance Abuse Research at the University of Maryland, in reality cannabis can fit under any of those categories, as its effects vary from person to person, especially depending on the dose and the strain of cannabis they use.

Is cannabis a stimulant? While the instinctual response may be “no,” upon closer consideration there’s quite a lot of evidence to suggest that it can be. In many users, cannabis causes the effects broadly attributed to drugs in the stimulant category, like elevated moods, an increased heart rate, anxiety, and paranoia. Although other characteristics of stimulants don’t align as well with cannabis’s reputation — unlike cocaine, for example, it’s not known for making its users feel alert and energetic — in certain users and at specific doses, cannabis completely fits the bill.

This is because cannabis is a biphasic drug, which means that it has different effects at different blood concentration levels. At a low dose, cannabis can exhibit the qualities of a stimulant, while a higher dose can reverse its effects, making it seem more like a depressant.

Its biphasic effects are due to cannabis’s chemical similarity with the natural endocannabinoids produced by the brain under conditions of pain or stress. Some levels of stress, like that induced by exercise, can produce a stimulant-like “runner’s high.” Other levels of stress and pain can cause a depressive effect on the body’s response, which helps in pain management.

Heart issues are a notable risk of many stimulants, and at this early point in cannabis research, it has also been implicated as a potential risk. A recent Canadian Journal of Cardiology case report examined the case of a 70-year-old man with a stable heart condition who suffered a heart attack after eating a cannabis-infused lollipop.

But the news may not be all bad. A more thorough study compared 3,800 cannabis users who had suffered heart attacks with a pool of over one million heart attack patients, and found that cannabis users measured a decreased risk of atrial fibrillation and in-hospital mortality.

Dr. Divya Ravi, an internist with the Wright Center for Graduate Medical Education in Scranton, Pennsylvania, led a review of 24 studies that evaluated marijuana use and its effects on heart health risk factors. “Our review found insufficient evidence to draw meaningful conclusions that marijuana use is associated with cardiovascular risk factors and outcomes,” she said. “The association between marijuana and cardiovascular health has not been adequately studied to date.”

How Cannabis Can Act Like a Depressant or Hallucinogen

On the other end of the spectrum, cannabis can depress users’ nervous system, slowing reactions to outside stimuli and calming nerves and relaxing tense muscles in the process — similar to other substances labelled as depressants, like alcohol or barbiturates. This can produce a relaxed and sleepy feeling, helping to counter anxiety, insomnia, and muscle spasms. Some of its terpenes, such as myrcene, have been shown to have significant sedative effects.

In addition to its stimulant and depressant qualities, part of cannabis’s profile fits in with hallucinogens, examples of which include LSD, psilocybin, and MDMA. Cannabis can lead to hallucinations in rare cases, but some better-known effects like an altered perception of reality and a distorted sense of time are also associated with the category.

At a recent conference on psychedelic science in London, New York-based psychiatrist Julie Holland argued for the reclassing of cannabis as a hallucinogen. Her argument is based on the plant’s ability to cause “dehabituation,” which is the process of seeing an issue from a completely new perspective. She said, “The thing that I’m interested in with cannabis is how it does this thing where everything old is new again.”

This isn’t merely an exercise in navel gazing — Holland is serving as the medical monitor for a new study launched by the Multidisciplinary Association for Psychedelic Studies (MAPS) that aims to assess whether cannabis could help reduce the symptoms of PTSD in veterans with the disorder. Dehabituation therapy is used in the treatment of PTSD to help patients see a traumatic memory from a new perspective and, should cannabis prove to be helpful in this regard, it could add another dimension to how we view the plant.