In the Know: The Five Most Common Cannabis Compounds 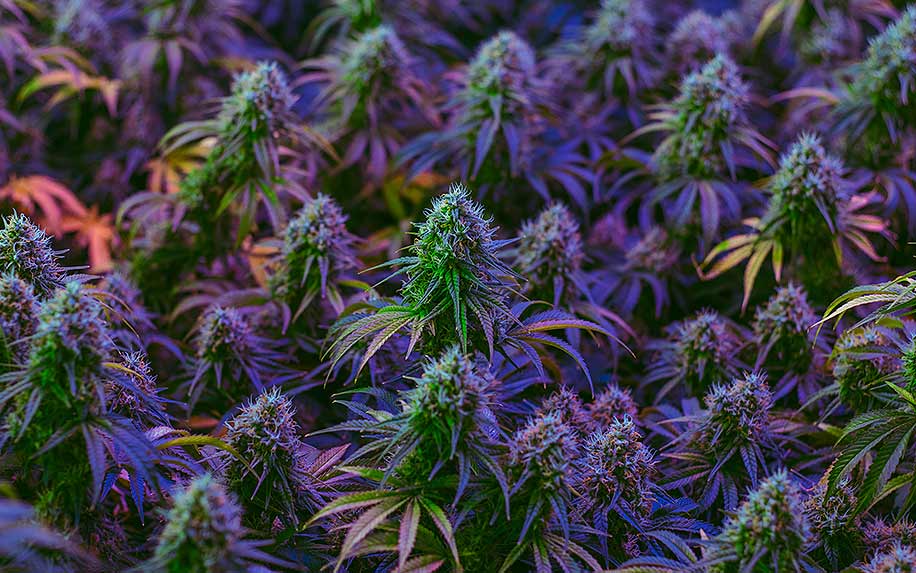 Cannabinoids are the most plentiful compounds in cannabis.Image Credit: By Ky Camacho on shutterstock.

Of the 500-some chemical compounds that the cannabis plant produces throughout its lifetime, at least 113 are endemic, or specific to the plant. These compounds are called cannabinoids, and they interact with the endocannabinoid system (ECS), which is a regulatory system that balances different functions in the body. The physiological and cognitive processes which the ECS is involved in regulating include motor learning, fertility, pregnancy, pre- and postnatal development, appetite, pain, pleasure, mood, and memory.

How Cannabinoids Affect the Body

The CB1 receptor was discovered by researchers Allyn Howlett and William Devane in 1988, who had been granted one of the rare and mostly drug abuse-centric opportunities to legally study cannabis in the U.S. Working with rats, they found that CB1 receptors were the most abundant neurotransmitters in the brain. This discovery would become the foundation of the science behind medical marijuana.

As the discoveries have mounted, more effects of cannabis’ cannabinoids have been conclusively mapped, ranging from the better-known short-term effects on anxiety, pain, and inflammation to the less well-known positive sides of long-term “side effects” like memory loss and depersonalization, which can be useful in PTSD therapy. And as the understanding of the medicinal capacities of cannabinoids has grown, the stigma around cannabis has started to fade.

Even the negative effects thought to have been proven are being revisited. A landmark 2012 study conducted by the University of California’s San Francisco branch and the University of Alabama at Birmingham found that cannabis smoke is less harmful to users’ lungs than tobacco smoke, even though the two substances contain many of the same components. Working with 20 years’ worth of data taken from more than 5,000 adults, researchers found that while tobacco use predictably increases the risk of lung cancer, THC decreased the incidence of cancer in cannabis users. This helps to explain the results of a study a 2009 study from NORML, which found that health care costs for tobacco smokers were 40 times higher than those of cannabis-only smokers.

What Are the 5 Most Common Cannabinoids in Cannabis?

As of now we have a solid body of research on cannabis’s main constituents — here are the top five.

As the cannabinoid which produces cannabis’s most notable psychoactive effects, THC has historically gotten the most attention of all. It was first isolated in 1964 by Raphael Mechoulam and Yechiel Gaoni at the Weizmann Institute of Science in Israel. Mechoulam, known as ‘the Father of Marijuana Research,’ would go on to discover the first naturally-occurring endocannabinoid in the human body, anandamide, whose function is mirrored by that of THC.

THC binds with both CB1 and CB2 receptors in the ECS, producing a wide range of effects which researchers are still mapping. Despite being the only phytocannabinoid listed under Schedule I of the U.S. federal government’s Controlled Substances Act for having “no accepted medical use”, more authorities have been endorsing the medical use of this controversial cannabinoid.

In 2014, the American Academy of Neurology — the world’s largest professional association of neurologists and neuroscience professionals — put their stamp on the use of THC in treating certain symptoms of multiple sclerosis and pain, though they held off on pronouncing its effectiveness on other neurological diseases. Other authorities have noted THC’s efficacy in treating a wide variety of mental and physical health issues, from anxiety and PTSD to chemotherapy-associated nausea and appetite stimulation for people with AIDS.

Despite having a slightly longer modern history than THC, CBD has only come into use by the medical cannabis mainstream in the past few years. It was first isolated from cannabis in 1940 by a team led by U.S. chemist Roger Adams, although evidence exists of England’s Queen Victoria using a CBD-rich strain of cannabis in the 19th century to relieve menstrual cramps.

CBD obtains its sought after anti-inflammatory and pain-relieving effects through interaction with CB2 receptors, and it also interacts with CB1 receptors in mitigating THC’s intoxicating effects and reducing the incidence of seizures caused by some neurological conditions. Although it doesn’t cause intoxication like THC, it is still technically psychoactive in its antipsychotic, anxiolytic, and antidepressant effects.

Its capacity to limit the sensitivity of CB1 receptors also shows promise for treating conditions associated with endocannabinoid overactivity, like obesity and other metabolic disorders, liver disease, and cardiovascular issues, whereas CB1 receptor stimulation could be helpful for diseases linked to endocannabinoid deficiencies such as anorexia, migraines, irritable bowel syndrome, and fibromyalgia.

As of the 2018 Farm Bill, hemp-derived CBD is federally legal, as long as it features a maximum 0.3 percent THC content. However, this isn’t enough for some, who point to research which shows that certain CBD effects require the presence of THC.

Tetrahydrocannabivarin (THCV) is molecularly similar to THC, but its extra propyl side chain causes it to produce some markedly different effects. It was first discovered in 1973, and research into its therapeutic potential has picked up recently.

GW Pharmaceuticals, the company behind the FDA-approved, CBD-based medicine Epidiolex, is looking into THCV’s applications in the treatment of type 2 diabetes. A 2013 study showed that the cannabinoid has a moderating effect on obesity-related glucose intolerance.

In addition, THCV has been shown to work as an appetite suppressant, and is being studied for use in weight loss. Its anxiety-curbing effects may be useful for those suffering from PTSD, as THCV can help stem panic attacks without a corresponding loss of emotion. Early research also shows its utility in the treatment of several neurological diseases. It has been shown to reduce tremors associated with ALS, Parkinson’s disease, and Alzheimer’s disease, and to reduce brain lesions resulting from the latter two.

THCV is becoming increasingly valued by recreational-use enthusiasts, as well. It has an intoxicating effect similar to THC in high doses (in smaller doses there is no discernible intoxication), except with a faster uptake and a more intense, euphoric, and clear-headed effect which some describe as caffeine-like. And with an activation temperature of 428 degrees Fahrenheit — 114 degrees higher than THC — it’s possible to vaporize other intoxicants and access a pure THCV high.

Cannabinol (CBN) is created when THC is exposed to UV light and oxygen. Unlike other cannabinoids, it doesn’t occur in cannabis plants from the start; as a plant ages, its CBN content will increase.

At the end of the 19th century, CBN became the first phytocannabinoid to be isolated by scientists. Its chemical synthesis was achieved by Roger Adams’ team in the same year as their discovery of CBD, which is perhaps why the two have been linked throughout their histories.

Its most notable characteristic is its sedative effect — 5 mg of CBN is as effective as 10 mg of the pharmaceutical sedative diazepam, making it the strongest cannabinoid in this regard.

Other studied effects include pain relief, the promotion of bone cell growth, use as an anti-convulsant, lowered blood pressure, and the treatment of skin conditions. Due to its lack of psychoactivity, its appetite stimulation effects are sometimes preferable to those of THC. When combined with THC, some report feeling more “drugged, drunk, dizzy, and drowsy,” though others report no change in feeling.

Research has also shown CBN to be effective against the antibiotic-resistant bacterium MRSA, capable of slowing onset of ALS symptoms and able to control the growth of cancer cells in a type of lung tumor called Lewis carcinoma.

Recent evidence has identified cannabigerol (CBG) as the parent compound of all the other cannabinoids; it had previously been thought of as a minor cannabinoid, as mature cannabis plants contain only trace amounts of it. Now that it has caught the cannabis industry’s attention, breeders are experimenting with genetic manipulation and cross-breeding to produce cannabis strains with higher CBG content. Scientists can also determine the optimum time in a plant’s growing cycle to extract the most CBG.

CBG is a 1964 discovery of Mechoulam and Gaoni, although research on the compound has paled in comparison with their other discovery of that year, THC.

In a 1990 study CBG was found to lower intraocular pressure, making it a possible glaucoma treatment. A 2008 study showed CBG’s effect on the treatment of MRSA, due to its antibacterial and antifungal properties. A 2014 study looked into CBG’s efficacy in fighting colorectal cancer.

CBG is thought to boost anandamide, the endocannabinoid equivalent of THC, which naturally increases dopamine levels and is responsible for regulating various physiological symptoms such as mood, sleep, and appetite. It might obstruct neurotransmitters in the central nervous system, giving it anxiolytic and muscle-relaxing powers. Finally, since it shows the ability to block serotonin receptors, some researchers believe it may have potential antidepressant traits.