How To Tell If Cannabis Is Laced 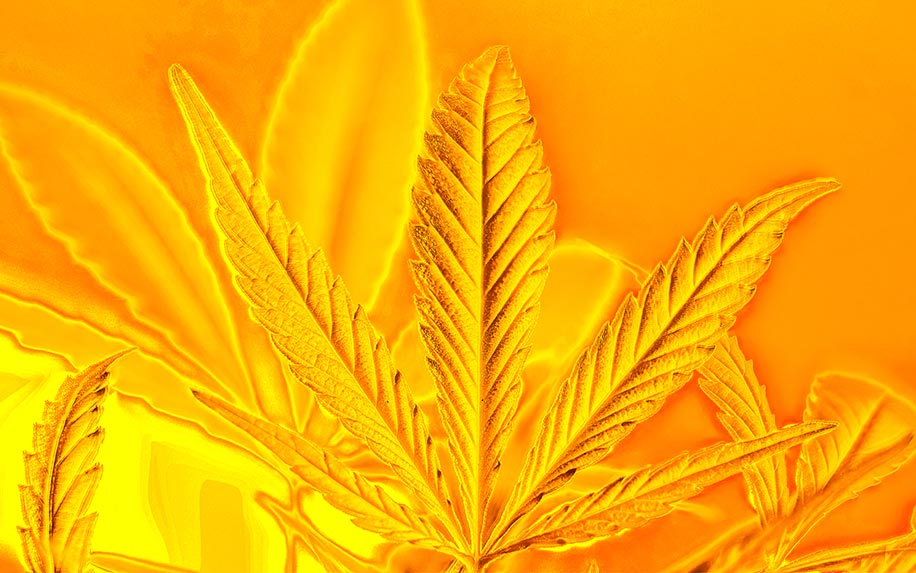 Buyer beware: There are many substances that can be added to cannabis to “lace” it. Image Credit: By SunnyToys on shutterstock.

One of the most powerful arguments for cannabis’ increased usage as both a recreational and therapeutic substance is its lack of toxicity. It’s a well-established fact that cannabis has never been determined responsible for an overdose death in a healthy adult, and the ongoing reform of cannabis law has relied upon that knowledge — with persuasive results.

But this is not true of cannabis which has been laced — i.e. tainted — with other psychoactive ingredients or other adulterants. In countries where cannabis is still illegal (and even in some where it is), rare but scary cases have been reported of dealers who lace cannabis with embalming fluid (formaldehyde), powerful hallucinogens like LSD, and even small amounts of crushed glass to add weight and simulate trichomes, which are the small hairs found on high-quality cannabis.

There’s little risk of encountering laced cannabis at a legal dispensary, but it’s a different matter on the streets (though it’s still quite rare). When dealers lace cannabis, they turn it from a safe substance into something with unpredictable side effects — difficulty breathing, seizures, a raised heart rate, and even heart attacks among them.

What Can Cannabis Be Laced With?

PCP-laced cannabis, also called “wet” or “fry,” has been reported since the 1970s. Due to another of PCP’s nicknames, “embalming fluid,” it is believed to have caused the emergence of formaldehyde-laced cannabis via dealers who mistakenly began using genuine embalming fluid.

In terms of attention, cannabis laced with PCP has absorbed a lion’s share. This is in part due to its dangerous effects on users, and in part to several murders blamed on the combination.

PCP or formaldehyde-laced cannabis is often advertised as a product on its own, as it sometimes sells for a higher price than the low-quality cannabis or synthetic cannabinoids it is used to adulterate. Laced synthetic cannabinoids such as Spice or K2 are particularly prone to such adulteration — rat poison is the latest reported additive to cause deaths in users.

In addition, synthetic cannabinoids are sometimes added to low-quality cannabis, and can have disastrous consequences for consumers.

Cocaine-laced cannabis is another product that is sometimes accurately advertised, as the combination often goes for a higher price. But mostly this is a self-administered combination, with users sprinkling cocaine on top of their cannabis.

LSD is sometimes used to lace cannabis cigarettes — through dosing the tip of the cigarette with the drug, which is absorbed via the user’s mouth. Although LSD isn’t considered to have serious health risks, unintentionally consuming the substance can lead to an unpredictable and potentially unpleasant experience, especially in users without prior exposure to the drug.

Other drugs such as methamphetamine, ketamine, heroin, and a Viagra analog called Sildenafil have been added to cannabis, selling to both a user base that buys cannabis in clubs and on the traditional black market. As all of these are more expensive than non-laced cannabis, their consumption is generally consensual and done with advance notice from the illegal distributor.

Non-psychoactive adulterants are also sometimes added to cannabis. Cannabis laced with glass or laundry detergent adds both the appearance of a higher-quality product as well as weight, the two main reasons why non-psychoactive ingredients are introduced to cannabis. Other products such as food dye or smell adulterants are used to give the appearance of higher-quality cannabis.

One drug that hasn’t yet shown up in any confirmed cannabis samples (contrary to years of widely-circulated rumors) is the opiate fentanyl, which is 50 times stronger than heroin. Despite the lack of evidence, White House officials and the National Institute on Drug Abuse have repeatedly spoken on the dangers of such a combination. Ironically, medical cannabis is often used as a safer counterpart to addictive painkillers like fentanyl.

While real dangers are posed by cannabis that has been doctored with other substances, prominent voices have warned against inflating the dangers of this relatively rare phenomenon. Drug policy expert Leo Beletsky of Northeastern University made the following statement to BuzzFeed News about cannabis laced with fentanyl, but it could easily be applied to the perception of laced cannabis as a whole.

“The danger in a moral panic is that we see this overreaction that leads to a replay of the mistakes of the crack cocaine crisis,” he said.

As seen in the (often intentionally misleading) conversation around cannabis and addiction, it can be challenging to determine just how prevalent of an issue laced cannabis truly is.

How Can You Tell If Cannabis Is Laced?

According to DrugRehab.com here are several ways to tell if your stock is laced, both before and after ingestion.

As many of the potential adulterants respond to different tests, a drug testing kit is the only fail-safe method of telling whether cannabis is pure. This is also a good way of telling whether suspected cannabis was laced with an adulterant, or is just unexpectedly potent — a more common source of laced cannabis reports than most imagine.

A test that works for a variety of adulterants is to rub the bud between your fingers, and see the residue that it leaves. Unlaced cannabis should only drop a few trichomes or crystals, while more residue could be evidence of adulteration with cocaine or ketamine. Trichomes should also have a sticky, resinous texture to them — if they feel scratchy, you might have a case of glass contamination on your hands.

Best practices for ensuring cannabis is unadulterated start with buying from a trusted source and buying whole buds, as ground cannabis may be laced with synthetic products like Spice. Checking its appearance for powder, or smelling it for chemical or exaggerated smells are good techniques as well.

If you ingest laced cannabis, be mindful of a chemical taste and whether it makes your mouth or body feel numb. PCP-laced cannabis can result in disorientation, difficulty breathing, numbness, slurred speech, and erratic urges and behavior. If you suspect you have ingested PCP-laced cannabis, you should immediately seek medical attention. There is no easy way to detect the presence of PCP in cannabis without testing.

Cocaine-laced cannabis can lead to an increased heart rate and shallow breathing, which in rare cases leads to heart attacks and strokes. Numbness, paranoia, agitation and increased energy are also part of the package.

Synthetic cannabinoids like Spice and K2 have been implicated in hospitalizations, violent behavior, seizures and deaths. They are powerful and cheaper than cannabis, which has led to rising reports of their use in doctored cannabis samples.

Adulterants like glass and detergent and other drugs used to lace cannabis can cause adverse health effects in users in the long and short-term. The only definitive answer to the phenomenon is buying from dispensaries, cannabis cafes, or similar establishments — which is another thing to look forward to as more parts of the country move toward legalization.