How to Stay Clean With Cannabis 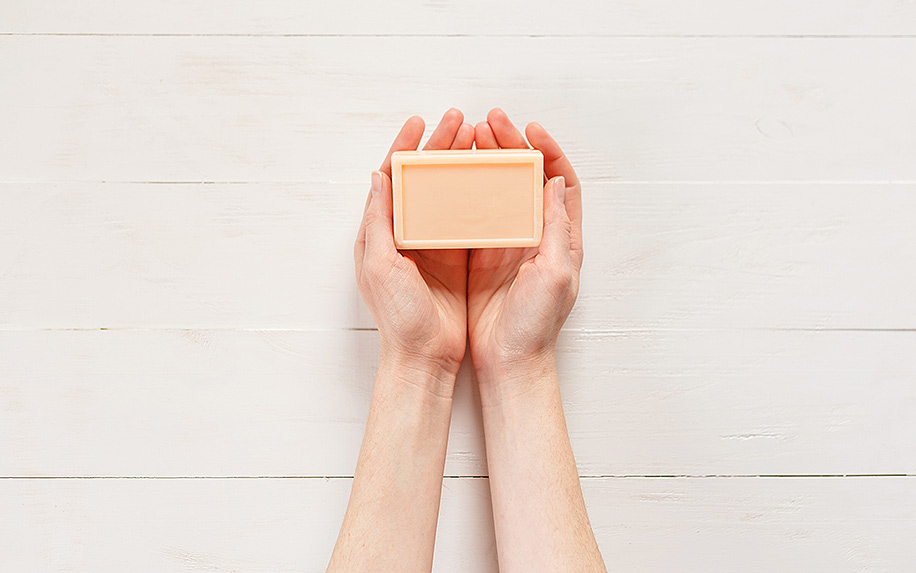 Cannabis contains properties that may make it an effective cleansing agent. Image Credit: By Vladeep on shutterstock.

When you think of cannabis, the first thing that comes to mind is probably not its ability to kill fungus. Nor are you likely to imagine the ways in which it could make your mouthwash more potent. However, while the cleanliness-related properties of cannabis might get less attention than its medicinal (or recreational) qualities, they’re a prime example of the plant’s massive, largely untapped versatility.

Scientists attribute many of cannabis’ hygienic benefits to its cannabinoids, naturally-occurring chemical compounds produced by the plant. Back in 1976, a pair of Dutch researchers discovered that tetrahydrocannabinol (THC) and cannabidiol (CBD), the two most common cannabinoids in cannabis, could kill the bacteria staphylococci and streptococci, which can cause everything from skin problems to staph infections to life-threatening conditions like toxic shock syndrome (TSS). In more recent years, studies have found that lesser-known cannabinoids like cannabichromene (CBC) and cannabigerol (CBG) can be used to treat fungal infections. It may also be effective for reducing body odor as the sebostatic effects (literally a pause in the production of sebum by the sebaceous glands) of CBD can mean less oil for bacteria to grow, and by controlling bacterial growth, you control its smell.

But just because a substance can be used for a certain purpose doesn’t necessarily mean that it’s the best option (see: corn-based biofuels). However, in the case of cannabis there’s a reasonable justification for choosing it over conventional hygiene products: it causes fewer side effects. Since cannabis exerts its various effects by activating the body’s endocannabinoid system (ECS), a network of receptors that controls a wide variety of functions, products containing it don’t require the same harsh chemicals as conventional products. For example, many soaps are notorious for drying out the skin on the hands, but CBD-infused soaps don’t have that effect, since they don’t strip the skin of its oils — rather, they regulate the production of oil via the ECS.

New Cannabis Soaps Promise Big — But Can They Deliver?

Though research is still nascent on all things cannabis-related, and claims are for sure inflated and largely not science-based, anecdotal evidence and consumer interest remains strong. With that in mind, we rounded up a handful of the most well-reviewed cannabis-infused soaps — will they do what they promise? Only time will tell, but in the meantime, they’ll definitely get you clean.

The antibacterial properties of both CBD and eucalyptus oil in this handmade soap make it a potent all-natural option for personal hygiene. With 200 mg of CBD, it also contains more of the star ingredient than many similar products.

Cannabis Hand and Body Wash by MALIN+GOETZ ($24)
A solid option for people with sensitive skin, this American-made product is free of chemicals like parabens, phthalate, and silicone. It’s designed to cleanse and balance the skin’s production of oils without overdrying.

CBD Cleansing Body Bar by Cannuka ($18)
If you like your beauty products to be cruelty-free and environmentally-friendly, this might be the soap for you. It’s certified by PETA, and its ingredients are grown on farms in New Zealand and the United States that use sustainable practices.

420 Cannabis Soap by NW Canna Topicals
Another handmade American product, this vegan, paleo-friendly soap doesn’t contain dyes or fragrances, but it is made with real cannabis leaves. It’s also free of GMOs and gluten, though eating it is not recommended.