How to Make a Cannabis High Less Intense 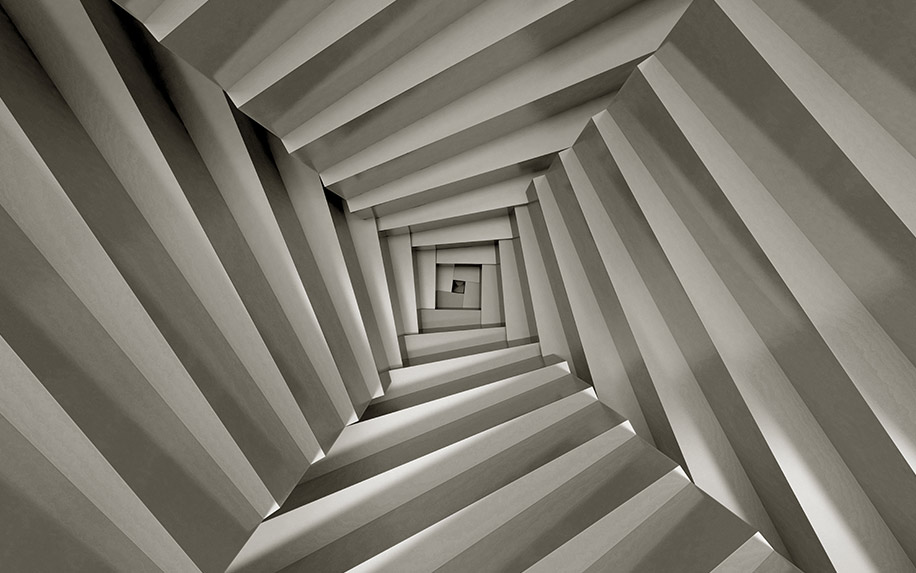 An intense cannabis high can feel stressful, but it’s unlikely to cause any health damage. Image Credit: By Thiago Melo on shutterstock.

The growing popularity of medical cannabis has led many new (and inexperienced) users to give it a try for themselves. At the same time, the edibles segment of the market has been growing at a feverish pace, with many users finding them preferable to smoking the plant — and other highly potent forms of cannabis, such as shatter, have also become widely available. The combination of these three factors has led to a significant increase in accidental overconsumption and the unwelcome side effects it can lead to, especially in cannabis novices.

While these side effects are usually temporary and for the most part won’t cause any long-term problems, they’ve still sparked concerns about safety. For example, for the 8–12 hours edibles can stay in a user’s system, negative effects can range from extreme anxiety, paranoia, and hallucinations to a quickened heart rate. Many people find the experience to be highly unpleasant but bearable for the most part — however, since these effects can last so much longer than those caused by smoking or vaping, edibles have been responsible for a disproportionate number of emergency room visits.

Another common way for new cannabis users to overindulge is when using cannabis concentrates like shatter or wax. These now come with THC contents that can exceed 90 percent, putting users at risk of instant (and often uncomfortable) intoxication. Some vape oils are similarly potent, which is especially concerning given its popularity among teenagers — a 2018 study in JAMA Pediatrics found that 2 million U.S. high schoolers have vaped cannabis.

“I’ve walked down the hallway, and you can visibly see kids who are so stoned that they don’t know where they are,” as one school official told the Indy Star. “They’ll self-report. They’ll come to the nurse and say, ‘I’m too high. Something’s wrong.’” The official said that multiple students had been sent to the emergency room as a result.

Mixing cannabis with alcohol is yet another way to end up with an undesirably intense high, as alcohol has been shown to increase the amount of THC that makes its way into the bloodstream. This can both severely impair your motor skills and aggravate anxiety or paranoia — which is part of the reason why cannabis cocktails might not be such a great idea.

What if you’re taking other drugs such as blood thinners or anti-depressants? Here, the picture isn’t quite as clear, as little research has been done on cannabis’ interactions with other medications. While no major contraindications for cannabis have been identified, some researchers believe it may have synergistic effects when combined with other substances that share similar properties — meaning it could make depressants more depressing or stimulants more stimulating.

Dr. Greg Carter, a professor at Washington State University in Spokane who has done research on medical cannabis for more than 20 years, told US News, “I think for any other drug that is potentially sedating or has some of the same effects as cannabis, it can enhance those effects. That’s not necessarily a drug-drug interaction in the way physicians think of it, but it can enhance the central nervous system depressing effect of other medications.”

What to Do When You Feel Overwhelmed By Cannabis

How you react to cannabis depends on a number of factors — including the type of product you use or ingest, its content of THC, and your personal tolerance levels. Regardless, when you’ve had too much, you tend to notice it. Here are a number of methods (both proven and unproven) that could help you get back to reality when a high gets too hard to handle.

Green Tea: Anecdotally, many cannabis users have reported that drinking green tea can help you come down from an unpleasantly intense high. Aside from the general benefit of keeping you hydrated, green tea is also rich in L-theanine, an amino acid that was found to have anti-anxiety effects in a 2018 study published in the journal Psychopharmacology. However, other studies have found that these effects are minimal, and no clinical studies have examined whether it can be useful in decreasing the severity of a cannabis high.

Lemon Juice: Speaking of beverages, lemon juice is occasionally bandied about by experts like Dr. Dustin Sulak, founder of the cannabis education platform Healer. According to Sulak, “Lemon and other citrus fruit have historically been used as an antidote to cannabis intoxication. The effect is likely due to a terpene called limonene, one of the most common terpenes found in nature.” His website recommends grating the outer rind of the lemon to get the most limonene possible. In principle this could be an effective remedy, but in what will be a common refrain through this section, no scientific studies have yet confirmed that it works.

Cold Showers: It’s also common to see cold showers recommended as an antidote for too much THC. This is also based (loosely) on scientific evidence. Exposure to cold water activates something known as the “mammalian diving reflex,” which signals the brain to reduce your heart rate up to 25 percent in an effort to conserve oxygen. Theoretically, this could help relieve some of the physical symptoms of an intense cannabis high, such as a racing heartbeat, but as with the previously mentioned methods it’s never been studied by scientists in any significant detail.

Exercise: This is another commonly suggested method, and again there’s at least a veneer of a scientific explanation for why it works. While it was once thought that the famous “runner’s high” was due to the release of endorphins in the brain, researchers now believe the response is actually created by the body’s endocannabinoid system — which is part of the reason CBD has become a favorite of triathletes. It can stimulate the release of anandamine, a compound created in the body that closely mimics the effects of cannabinoids in cannabis and is believed to reduce the anxiety caused by excessive THC. Again, though, there’s no scientific evidence to back this up.

Black Pepper: This popular spice is yet another miracle cure, at least according to musician Neil Young and other advocates — and some research supports this idea. A paper published in the British Journal of Pharmacology found it could have a synergistically calming effect when combined with cannabis due to the interaction of its primary terpenoid with THC.

However, Dr. Jordan Tishler, a cannabisMD medical advisor and an instructor at Harvard Medical School, told Lifehacker that he wouldn’t recommend such a trick.

“The practical issue if you’re really that stoned and you’ve put peppercorns in your mouth and chew them up so that they’re really burning you, I’m worried that you’ll inhale the fragments and your lungs will shut down,” he said. “You have a significant risk of a lethal income so I would not recommend that.”

Some users report that sniffing the peppercorns can have a similarly soothing effect, which would help avoid the problems described by Tischler. However, it’s unclear whether this would actually deliver enough of black pepper’s key terpenoid to effectively counteract the effects of the THC.

CBD: A growing body of research indicates CBD could work to counter some of the drawbacks of too much THC, toning down its effects by blocking the intoxicating cannabinoid from bonding with the receptors both compounds interact with, as Dr. Ethan Russo detailed in his 2011 paper “Taming THC.” His research found that CBD has an anxiolytic effect, meaning that it can help suppress the severe anxiety that often accompanies overconsumption. Another study conducted in 2013 and published in the journal Frontiers in Psychiatry confirmed this theory, though the study’s authors cautioned that “the question remains of how the laboratory results translate to the types of cannabis that are encountered by real-world [users].”

A number of companies have taken this information and developed specialized “antidotes” for excessive highs, like the CBD-based tonic CannaRelief. In an informal experiment conducted by Leafly, three over-indulgers reported mostly good results, although they said that in the 20 minutes it took to kick in, their high might have tapered off anyway.

Waiting It Out: While it’s certainly worth giving CBD (or some of the other methods listed above, with the possible exception of eating peppercorns) a try, there’s still only one ironclad way to come down from a cannabis high: wait for it to go away.

A calm, quiet place where you can breathe deeply and rest is ideal, accompanied by a glass of water and some light snacks to help ground yourself in familiar action. If you can’t sleep, listening to music or talking with calm, supportive friends is a helpful way to pass through the most trying parts of the experience.

While this may feel like cold comfort, it can be helpful to remember (or to have someone tell you) that cannabis is unlikely to do any real damage to you, and that as long as you don’t panic and engage in risky behavior like running through a crowded street, you have excellent odds of emerging from your experience with nothing more than a darkly amusing story and a new appreciation for the “start low and go slow” mantra repeated ad nauseum by cannabis experts.