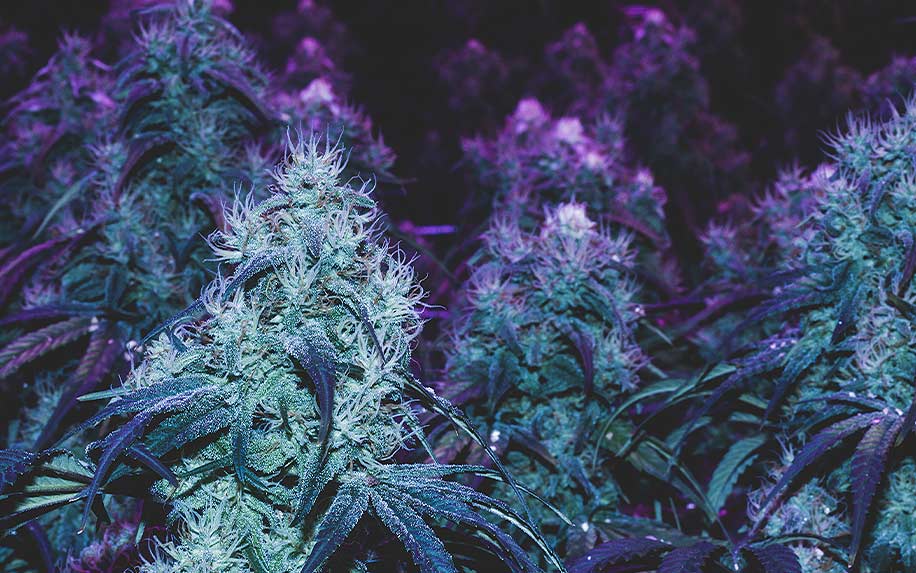 Of all the alcohol-related innovations over the last century or so, few have benefited drinkers more than the creation of the ABV (alcohol by volume) scale. This international measuring system not only provides an easy-to-understand way to compare the strength of different types of booze (for example, beers tend to be around 4.5 percent ABV, while most wines are about 11.6 percent, according to data from the Alcohol Research Group of the Public Health Institute) but it also gives drinkers a way to make health-friendly choices. If you’re given the option of a 4.2 percent ABV Coors Light or a Tactical Nuclear Penguin with 32 percent ABV, it’s pretty clear which is less likely to ruin your morning.

Unfortunately, there’s no such system when it comes to cannabis — but that might be about to change.

Researchers at the University of Bath’s Addiction and Mental Health Group have recently proposed the creation of a “standard THC unit,” which they say could help people choose and use cannabis products more safely. Given the mounting concerns over the potency of edibles, as well as the growing popularity of extra-strength products like wax and shatter, it might be an idea whose time has come.

According to the researchers’ proposal, which was published in the journal Addiction, a standard THC unit would be set at 5 mg. These units would be used for all products and delivery methods, from flower to gummies to skin cream, in much the same way that ABV is used for cider, Scotch, and Sauvignon Blanc alike. In their proposal, the researchers argue that standard THC units would be useful for “[guiding] consumers and [promoting] safer patterns of use.”

In case you’re wondering why the researchers suggested measuring a cannabis product’s potency by its THC content, it’s because not only is THC the most common compound in cannabis, it’s also the one that gives the plant its intoxicating qualities (and most of its side effects).

The researchers’ paper also floated the possibility of developing “standard CBD units” sometime in the future, which would probably be welcomed by the many people baffled by the current mish-mash of dosage guidelines.

As cannabis becomes more accepted in America than ever, the number of people using it continues to rise — and many of them have little or no idea of how much they’re actually consuming. Studies show most medical cannabis patients don’t know how much they’re using, which is less of a reflection on their reading comprehension skills than the inscrutable nature of current dosage guidelines.

There’s also the fact that high-potency cannabis is more widely available than it was in the past. Some studies show that the average strain’s THC level increased 300 percent between 1995 and 2017, which means that old-fashioned rules of thumb like “only take a puff or two and you’ll be fine” aren’t quite as applicable as they once may have been (which itself is a matter for debate).

How Would Standard THC Units Be Used?

Look on the label of any whiskey bottle or beer can, and it won’t take you long to find the product’s ABV value. Standard THC units would be used in much the same way — every cannabis-containing tincture or vape oil container would be clearly labeled with its number of standard THC units.

Presumably, multi-use cannabis products would include both the total number of standard THC units, along with the per-dose figure.

While this would require cannabis brands to overhaul their labeling and packaging, such a move would be nothing new for the industry. Cannabis packaging laws in many states already stipulate that companies include information about THC concentration on all their products. Updating these labels to include the number of standard THC units would be a bit of a logistical headache (more on that shortly), but the payoff for consumer safety would be big enough to justify it.

However, there are a couple of significant catches that could limit the real world effectiveness of standard THC units.

The Problems With Standard THC Units

The first (and perhaps most obvious) issue with standard THC units is that the vast majority of cannabis is still consumed illegally. This isn’t just a problem in places like Idaho or South Dakota where the plant is still completely outlawed. Street dealers and illegal dispensaries continue to thrive in states like California, where cannabis is legal.

Even in Canada, where the plant has been legalized at the national level, legal cannabis sales are lagging far behind the black market, which supplies nearly 80 percent of the country’s cannabis. Here, the problem is the same as in legal American states — most people find cannabis dispensaries too expensive (and in many cases, more limited in terms of selection).

Researchers from the University of Bath have expressed hope that standard THC units would prove to be such an obviously useful idea that they would be adopted even by illegal producers. As the study’s senior author, Dr. Tom Freeman, said in a statement, “Our hope is that the introduction of a system in locations where it is legalized will have knock-on effects to countries where it is not.” However, given that the makers of illegal products have a demonstrated disinterest in protecting consumer safety – see: the black market THC vape crisis — this might be wishful thinking.

A bigger problem, however, might be that standard THC units still can’t give us a clear picture of how a given person could be affected by a cannabis product.

This is also true (to a certain extent) when it comes to alcohol and ABV units. But while the factors that affect alcohol tolerance are relatively well-established — according to the Stanford University Office of Alcohol Policy and Education, these include weight and biological sex — scientists still aren’t sure what makes some cannabis users more susceptible than others to THC’s effects.

As Dr. Perry Solomon told cannabisMD for a story on cannabis-related hospitalizations, a person’s THC tolerance “has nothing to do with sex, age, weight, height, or any of the other parameters you might expert.”

It’s not quite fair to say that this makes standard THC units useless. Even if they can’t give as accurate a prediction of intoxication as ABV units, they’re still a step up from the current system (or lack thereof). At the same time, if scientists are serious about protecting cannabis users’ safety, they need a clearer picture of what makes some people more sensitive to THC in the first place.

As is often the case, the lesson is: More research is needed.