How Long Does THC Stay In Your Hair? 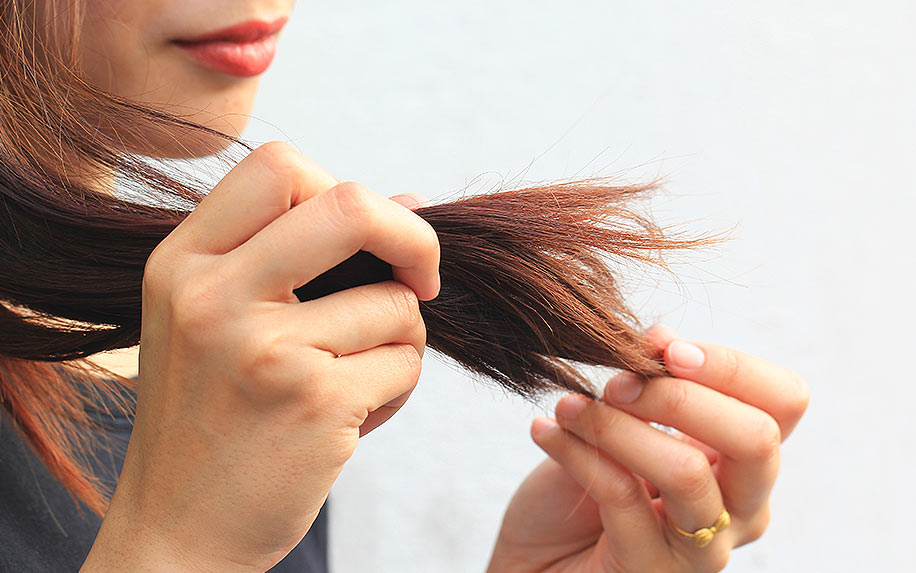 Though they’re widely regarded as accurate, cannabis hair tests have been criticized for a number of problems. Image Credit: By Monthira on shutterstock.

When it comes to employment screenings and parole tests, one cannabis drug test has acquired a reputation for stringency that surpasses all others, save a spinal tap — the hair test, with its 90-day detection window.

Though cannabis hair tests are widely regarded (for better or worse) as accurate, their critics point to a number of problems. These include: the fact that they occasionally turn up false positives, their apparent color bias which shows shows greater concentrations in darker hair, and the possibility of environmental contamination.

However, hair tests are still widely used because they’re less intrusive and require less time to process than urine or blood tests, and can be administered less frequently. And despite their potential drawbacks, for now they’re not going away (unless you live in a state with legal cannabis like Nevada, which recently banned most workplace drug tests).

THC hair tests actually test for carboxy THC (THC COOH), a metabolite of THC which can only get into one’s hair follicles via the bloodstream. Once in the follicle cells, called the hair papilla, it will take 5–10 days for the average person’s hair to pass through the scalp and be detectable, according to leading U.S. testing company Quest Diagnostics.

Testing for THC in Your Hair

Most people’s hair grows at a rate of 0.5 inches per month, and Quest and others sample the 1.5 inches of hair closest to the scalp to come to their verdict on cannabis use in the past 90 days.

While it is possible to detect cannabis use in a longer sample — drug traces can stay in hair for years, as a 2004 study proved when it found opiate traces in the Victorian poet John Keats’s hair 167 years after his death — accuracy wanes outside the 90-day growth window. Dr. Marilyn Huestis, a world-renowned expert on human drug testing and former Chief of Chemistry and Drug Metabolism at the National Institute of Drug Abuse (NIDA) Intramural Research Program, told cannabisMD in a phone interview, “Hair is the worst matrix for THC … Because carboxy THC is a weak acid, you get very low concentrations of it in hair. So it’s one of the least sensitive matrices for identifying cannabis use.”

In 2017, the New York Post ran a sensational story in which a high-ranking New York police officer disputed her hair test failure, claiming that the hair sampled by the test had come from her weave, made of real human hair.

Another issue often brought up is that hair tests pick up more carboxy THC from darker-colored hair, due to the greater presence of eumelanin, which the metabolite bonds with. But this doesn’t disadvantage test subjects by race.

“We call this a color bias, it is not an ethnic bias,” Huestis said. “So whether it be Caucasian dark hair, Asian dark hair, African-American dark hair, it’s the same issue … A person [who] has lighter colored hair will have less of the drug in their hair than someone else.”

Testing labs have dealt with the problem effectively, according to Huestis. “You can get around that color bias by having very low cutoffs,” she said. “So it’s not an issue that the person with lighter hair has no [traces of the drug] in their hair, it’s just that they may have less in their hair.”

As for contamination from inhaling secondhand smoke, Huestis said, “The big issue with hair testing is the potential for contamination from the environment. This is hotly debated in the U.S. Some labs believe they can do it and have no bias, most labs don’t think they can — but they know that if they go low enough you can remove that bias.”

This has incurred more criticism in the U.S. than elsewhere. Cannabis hair tests can be used in places like South Korea without probable cause and lead to legal penalties that would be out of the question in the U.S.

“In Europe they use it extensively,” Huestis said. “They use it in Asia all the time without concern, and they use it in Australia somewhere between us and the rest of the world. But it’s in the U.S. where we’re really concerned with environmental contamination.”

Are There Any Tricks for Passing a THC Hair Test?

Barry Cooper, a former drug enforcement agent who now works in “freedom activism” through his website NeverGetBusted.com, believes that these tests are beatable.

“I passed several hair tests without abstaining,” he told cannabisMD over email. “A combination of bleaching your hair, recoloring, and using a detox shampoo will guarantee that you pass every time.”

However, he recommends caution. “After detoxifying your hair,” he said, “I recommend you pay for a private hair test. The results will only be shared with you so no worries about the courts discovering the results. The idea is to make sure you will pass before submitting to the actual test.”

Quest researchers have tried these end-arounds, and still believe in hair tests. As does Huestis.

“They can shave their head, they can bleach it, they can straighten it, all of those chemicals will help to remove not necessarily all the drug [but some of it],” she said. “[Testers] can take arm hair or leg hair or the very unpopular pubic hair or armpit hair.”

For would-be evaders, there may be consequences. “If you come in with bleached hair, shaved hair or no hair, they may suggest urine testing instead,” Huestis said. “Instead of one hair test every three months you might have to have much more frequent urine tests.”