Hemp Seed Oil Doesn’t Have CBD, But It Does Have These 4 Benefits 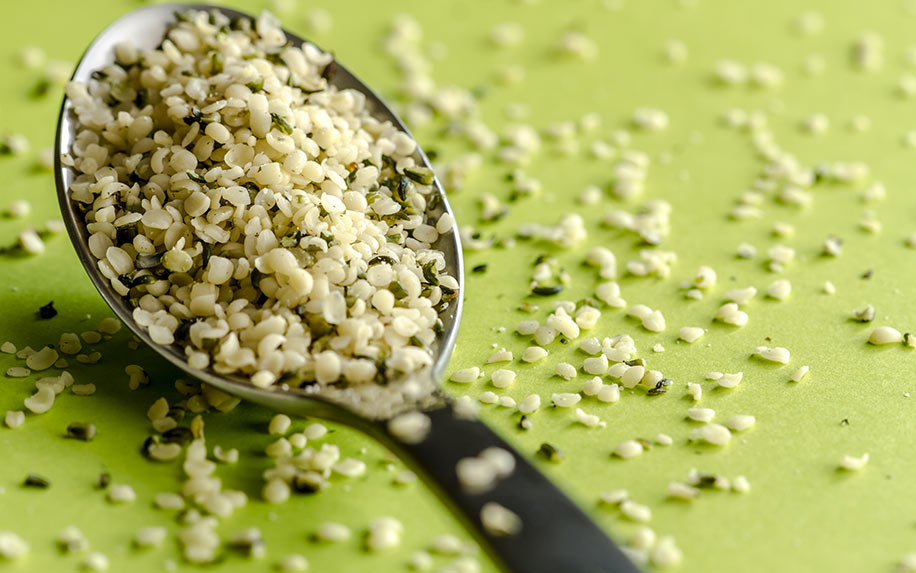 There’s no CBD in hemp seed oil, but that doesn’t mean it’s without merit. Image Credit: By Teri Virbickis on Shutterstock

Before we begin, let’s get one thing out of the way: there’s no CBD in hemp seeds. CBD oil and hemp seed oil are completely different things. If you’re looking for something to take the edge off your anxiety, hemp seed oil is unlikely to help — but that doesn’t mean it’s useless. In fact, it boasts quite a few benefits of its own.

Hemp seed oil is, as you might imagine, an oil that’s extracted from the seeds of the hemp plant. Hemp plants belong to the cannabis sativa genus, which means they’re similar to marijuana plants but not identical.

Hemp itself has a long and rich history of use by humans, from ancient civilizations to modern day Americans. It’s one of the most versatile plants on Earth, and it’s been used for everything from food and clothing to medicine and building materials. Legalized by the 2018 Farm Bill, it’s projected to become one of the most profitable plants in the country before long. Today, hemp seed oil is rapidly becoming the most popular way to enjoy the many health benefits it has to offer.

Skin care and cosmetics brands have jumped on the cannabis beauty trend and are developing products “made from the highest quality hemp seeds” that promise to deliver all of the medicinal qualities of CBD. Since the terminology of cannabis skin care is so vague — for example, “cannabis oil” could refer to anything from non-psychoactive hemp oil or CBD oil to high-THC tinctures — most people simply shrug and trust what it says on the package.

But as mentioned before, hemp seed oil doesn’t contain any CBD oil.

CBD stands for cannabidiol, a chemical found in cannabis plants that doesn’t cause a high. Researchers have studied CBD extensively in recent years, and they’ve found that it has many medicinal qualities that make it an excellent natural medicine. Many of these properties are particularly useful in treating skin complaints, and this is why CBD is the hottest newcomer on the skin care market.

You won’t find any of it in hemp seed oil, though, because CBD is only found in hemp’s stalk, flowers, and leaves. This means that hemp oil that’s been produced using these parts of the plant can contain CBD (usually this will be described as “hemp-derived CBD oil”). But even here there is so little of it in comparison to marijuana plants that it’s not the most potent or environmentally friendly choice. Given the option, you’re better off going for a CBD-rich marijuana-derived product than a hemp one (assuming it’s legal where you live, of course).

But back to hemp seed oil. Despite its lack of CBD, it has been used for decades as a superfood supplement — and for good reason.

The 4 Benefits of Hemp Seed Oil

Hemp seeds are rich in many important nutrients that can give you healthier hair, lift your mood, reduce the signs of aging, and possibly reduce the risk of developing certain cancers. Here are four of the best benefits of using hemp seed oil in your daily diet.

Omega-3 and Fatty Acids
Hemp seeds are abundant in essentials oils such as omega-3 and fatty acids. These nutrients aren’t produced in our bodies, so we have to find them elsewhere (i.e. through our diet). We need them to keep our brains healthy, our skin young, our eyesight sharp, and much more.

For years nutritionists and dieticians have encouraged people to eat oily fish, nuts, and seeds to ensure that our bodies are getting enough of these important oils, but studies show that hemp seeds and the oil that they produce are just as great a source as any other.

Anti-Inflammatory
CBD has become famous for its anti-inflammatory properties and ability to reduce pain, but few people know that hemp seed oil can do much the same thing.

Inflammation is extremely common and causes everyday complaints like tired muscles and joints that we all experience. But it can be more serious than this. Chronic inflammatory diseases like Crohn’s disease can be painful, debilitating, and even life threatening. Because no cure has been developed for them, finding an effective anti-inflammatory that doesn’t cause a long list of side effects is essential. Enter hemp seed oil.

The seeds might not contain cannabinoids like CBD, but they do contain gamma linolenic acid (GLA), a polyunsaturated fat that researchers believe is a potent anti-inflammatory.

Antioxidant
Antioxidants fight off free radicals — tiny molecules inside the body that damage the structure of skin cells and steal electrons from them. These molecules have been identified as one of the biggest contributors to the signs of aging on the skin, so fighting them off is key to maintaining a youthful complexion for longer.

Vitamin E and C are two of the most potent natural antioxidants, and they’re widely used in anti-aging skin care products. But now, researchers think that cannabis and hemp could give them a run for their money. Their natural antioxidant properties have led to them being used in everything from eye shadow to wrinkle creams, as brands take advantage of their wrinkle fighting qualities.

Antidepressant
Finally, you might be surprised to learn that hemp seed oil can help with depression, but apparently, it can — at least, that what researchers are saying. The reason is because of hemp’s terpenes, of which there are about 140. These are the chemicals that give plants their scent and flavors, but they also have medicinal qualities. Scientists think that some of the terpenes found in hemp seed oil (such as limonene) have mood stabilizing properties and could be used to treat depression and other mental illnesses.

This doesn’t mean you should ditch your prescribed antidepressant medications and run out to buy hemp seed oil, course. The research thus far is inconclusive and much more needs to be learned before hemp seed oil should be conscientiously used in this way. Still, it’s a promising sign for the future.