Cannabis Skin Patches: Are They Right For You? 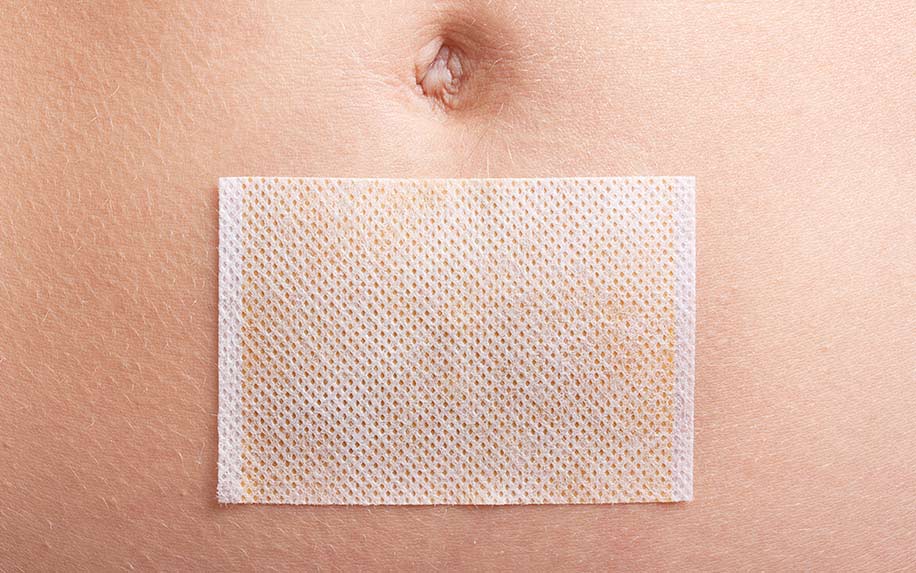 Cannabis skin patches are a new take on a centuries-old tradition with deep historical roots. Historians have found that cannabis poultices (soft masses of medicated herbs applied to a cloth and placed over an affected body part) were a traditional remedy favored by ancient Persian and Indian civilizations, who used them to treat rashes, cuts, and other skin issues.

Today, while their forms are different and their uses more diverse, cannabis skin patches are carrying on this legacy.They can be used to treat anything from inflammation to insomnia, and they’re discreet, easy to use, and side effect-free. They’ve also been shown to be highly effective, making them an attractive option for those who seek the medical benefits of cannabis without the smell or taste.

Modern science has added some interesting new twists, too. While poultices of the past contained ground-up cannabis roots or flower, most patches of today contain isolated cannabinoids — chemicals that have been extracted from the plant through distillation processes. Usually infused into an adhesive “bandage” in gel or liquid form, these cannabinoids have a wealth of medicinal values. Studies have shown that transdermal cannabinoid patches can be effective at delivering relief for pain and inflammation, and anecdotal evidence suggests they could also be used for reducing anxiety levels, soothing menstrual symptoms, and more.

Yet despite their many qualities, cannabis skin patches are still relatively unknown compared with more familiar products, like CBD capsules or vaping.

When Gwyneth Paltrow’s beauty brand Goop made headlines for somewhat questionable body stickers that promised to heal maladies with a mixture of cannabis and, potentially, vibrational frequencies, the reputation of cannabis skin patches took a hit by association. However, the science behind them is actually quite solid. Here’s what you need to know:

The majority of cannabis products (the high quality ones, anyway) contain a wide range of cannabinoids, terpenes, and other natural chemicals found in the plant. In fact, most experts recommend full spectrum oils for precisely this reason, as the “entourage effect” caused by their interplay leads to the best results. However, cannabis skin patches generally contain individual cannabinoids suited for specific purposes.

CBN patches, for example, can help people who suffer with insomnia, as studies have shown that this compound has a sedative-like effect that can help you to drift off into a deeper, more restful sleep. CBD patches, on the other hand, can help to reduce inflammation, while THCA patches are a great option for anyone who wants to treat chronic nausea.

While scientific studies have yet to confirm if this is truly the most effective way to treat a given condition, proponents of cannabis skin patches argue that by delivering cannabinoids directly to the bloodstream (and avoiding any metabolic processes that can alter their chemical composition), transdermal patches work just as well as full spectrum products.

While there are many types of cannabis skin patches, they can be grouped into two broad categories: those for daytime use vs. nighttime use. For example, patches that reduce lower back pain or nausea might be applied before going to work, while patches for insomnia are applied before going to bed. While some contain psychoactive THC, many others will not get you high.

In either, the patches will slowly release cannabinoids into the bloodstream over an extended period of time, often between 8-12 hours, though the effects of some can last over a day (at least according to the manufacturers’ claims). Most use some form of extended-release chemical, like pluronic lecithin organogel, to prevent the cannabinoids from hitting the user’s system too quickly.

The onset time of patches varies widely, but most begin to take effect around half an hour after application.

The Experience Is Much Different Than Other Forms of Cannabis

Cannabis skin patches are generally much more popular among medical cannabis users than those who use the plant for recreational purposes. Anecdotally, many recreational users have expressed disappointment that even patches with the highest THC content available don’t begin to approach the intense highs of smoking, vaping, or cannabis edibles.

Their complaints are well-found — since skin patches release low levels of a given cannabinoid over an extended period of time, they’re extremely useful for treating lingering conditions like anxiety or soreness. By the same token, this makes them ill-suited for providing immediate relief or recreational buzzes.