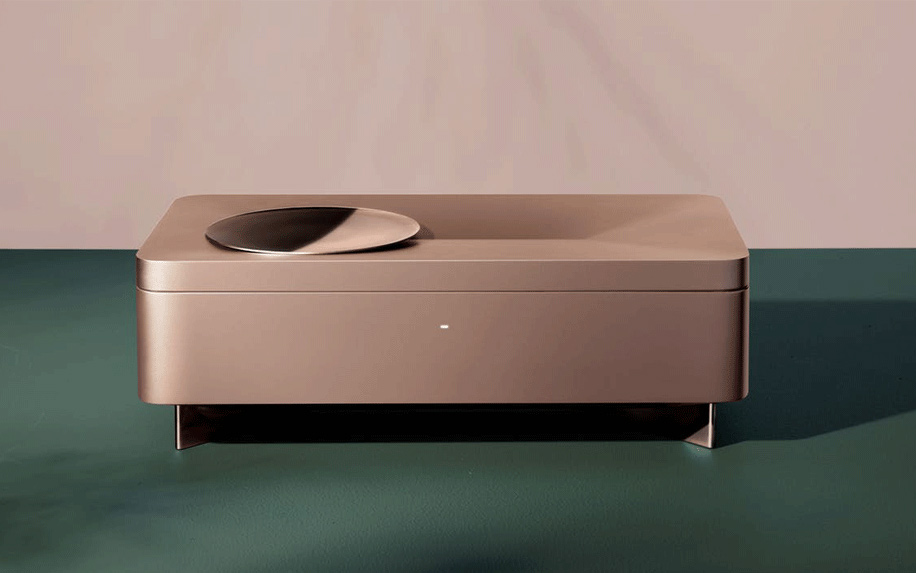 For cannabis-using parents, the best defense against their kids’ curiosity may be keeping it from getting piqued in the first place. Image Credit: By cannabisMD.

For many parents who use cannabis, it can be a challenge to talk with their children about the plant — and keeping it out of kids’ hands can be even tougher. However, a new portable biometric safe might make that particular parenting task a whole lot easier.

While there’s no shortage of sturdy, smell-proof cannabis containers on Amazon or at your local dispensary, the TROVA Go safe may be the most stylish and secure option on the market. Created by Colorado-based entrepreneurs Scott and Jonell Loeppert in collaboration with New York industrial firm Aruliden, it’s certainly not cheap, with a price tag of $249, but it does offer a number of features that other options can’t match.

The most notable one is the safe’s biometric lock, which uses a Bluetooth connection to pair the safe with a special app on the user’s smartphone. Unlocking the safe requires the user’s fingerprint, removing the need for keys that can be lost (or “borrowed”) and avoiding the problems posed by a predictable passcode. The safe also features internal USB ports for charging vape pens or similar items.

Aside from its technological security features, one of the biggest reasons that TROVA Go could be an ideal place for parents to store cannabis is the fact that it doesn’t look like a place one would store cannabis at all. As described on Aruliden’s website, it “neither [resembles] a traditional lockbox nor anything else particularly identifiable.” It’s an apt description — the TROVA Go’s design is somehow both chic and utterly nondescript, which is perhaps understandable coming from a cannabis industry that has taken more than a few pages from the fashion world.

For cannabis-using parents, the best defense against their kids’ curiosity may be keeping it from getting piqued in the first place.

Keeping Cannabis Away From Kids Is a Growing Concern

Though cannabis poisoning in kids has rarely if ever been fatal (in 2017 Fox News reported that an 11-month old baby was the first cannabis overdose-related fatality, though this was hotly contested by a number of medical experts), it does seem to have increased in many states since the plant was legalized.

For example, in mid-August 2019 a team of Massachusetts researchers published a paper in JAMA Network Open that reported a significant spike in cannabis-related poison control calls in the state between 2009-2016 (the state legalized medical cannabis in 2012). According to lead author Jennifer Whitehill, an assistant professor at the University of Massachusetts-Amherst School of Public Health and Sciences, “During the study period, the incidence of pot-related [poison control] calls leapt to 1.1 calls per 100,000 population after legalization, up from just 0.4 calls per 100,000 population prior to legalization.”

Kids exposed to cannabis will show signs of excessive sleepiness, dizziness or trouble walking. Some may also become so lethargic their breathing slows down, which deprives the brain of oxygen, according to the National Capital Poison Center. The younger the child is, the greater the risk upon ingestion.

For this reason, many cannabis-legal states have laws aimed at keeping the plant locked up and away from children. In Michigan, for example, adults over the age of 21 are legally allowed to possess up to 10 oz. of cannabis flower, but anything over 2.5 oz. must be stored in a locked container. In Massachusetts, the threshold is even lower — anything over 1 oz. has to be locked up.

Breaking these rules can come with consequences both mild and severe, ranging from $100 fines to potential custodial loss, depending on the situation.

Many states have also enacted strict cannabis packaging laws aimed at keeping the plant away from kids, using techniques like childproof locks and non-attractive packaging to prevent (or dissuade) children from trying to get into their parents’ personal cannabis collections.

However, these methods have still left much to be desired. As Whitehill told Health Day, “Even despite opaque and tamper-proof and child-proof packaging requirements, we still saw little kids getting into the products and having some bad experiences.”

For parents who’d prefer to avoid that type of scenario, the TROVA Go might be worth the investment.