5 Myths About Cannabis You Should Never Believe 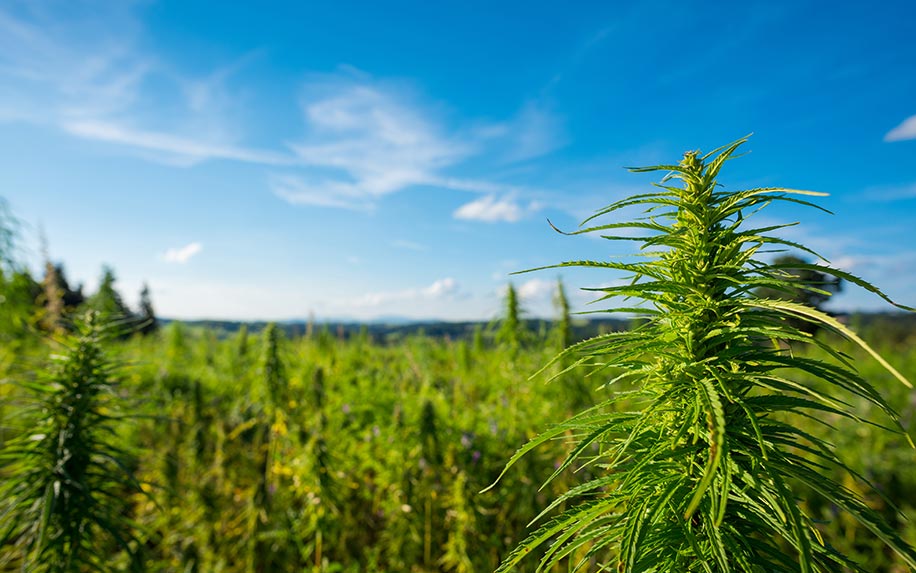 "Cannabis kills brain cells" and "its the gateway drug to harder substances" are just two of the myths you should know about cannabis. Image Credit: By nevodka on shutterstock

Though the debate and misinformation surrounding all things cannabis seems thoroughly 20th- and 21st century modern — from “Reefer Madness” propaganda in the ‘30s to Nixon’s ‘70s “war on drugs” to New York’s ban on CBD edibles today — the story of this medicinal plant did not begin with the machine age. In fact, cannabis was one of the earliest plants to be cultivated by humans — dating as far back as the pre-Neolithic period in Japan, where it was commonly used as a food and fiber source. Following this, the Chinese discovered that hemp could be used to make shoes, paper, and clothes (though, even then, restrictions on the plant were introduced by colonial powers dating back to the 14th century).

While the history of cannabis traces back thousands of years, controversy around its use and safety continues to flare. The United States first restricted cannabis in 1906 and, since then, we’ve spent more than a century living with superstition and general fiction about who can and should use cannabis and what it can and should do.

Even today, as stigmas drop and legalization soars, misunderstandings and myths about cannabis abound. Here, we’ve set the record straight about some of the most common cannabis myths, confirmed by sources — like MIT — that focus on scientific and technological research and facts.

Brain Cells Are Harmed by Cannabis

This myth began when a few animal experiments — most notoriously one involving three monkeys by Dr. Robert G. Heath — were given high doses of cannabis and their brain cells showed some changes in structure. Researchers have since been unable to replicate those findings. In fact, monkey studies were also done by Charles Rebert and Gordon Pryor of SRI International, and Dr. William Slikker of the National Center for Toxicological Research. The monkeys were given a daily dose of marijuana for a year and showed no signs of damage or physical changes to the brain — categorically proving previous experiments to be inaccurate.

So, while alcohol and other drugs have been proven to cause brain damage, there’s no solid proof that cannabis damages the brain.

The psychoactive ingredient of the cannabis plant — THC (tetrahydrocannabinol) — can only be activated when raw cannabis goes through a heating process known as decarboxylation. Otherwise, cannabis remains in its acidic state as THCA, which is a non-psychoactive. In saying this, eating raw cannabis does have some dietary health benefits including iron, folate, calcium, vitamins, and fiber. However, the myth about cannabis harboring the same — or any — medicinal effects in its raw form is another to add to the list.

Cannabis is a “Gateway Drug”

According to researchers in MIT, there’s no scientific evidence that cannabis is a gateway to drugs such as methamphetamines, cocaine or heroin. The MIT folks point to cannabis-using cultures — including Latin America, the Middle East, Africa and Asia — where there is no tendency for people to turn to harder drugs.

It was in the ’60s when people began to claim that cannabis was a “gateway drug.” But events in the ’80s proved this theory to be wrong: In the ’80s, cannabis use declined when cocaine use soared. Cocaine rose as a result of eradication campaigns in Hawaii and California that resulted in a shortage of cannabis.

MIT has also pointed out that cannabis in its illegal state could lead to harder drug use as street dealers typically encourage addiction. But just cannabis use in itself doesn’t mean it leads to more drug use.

Smoking Cannabis Does More Harm to Your Lungs Than Tobacco

A national study by the University of California, San Francisco and Alabama Birmingham, of more than 5,000 adults in the United States over 20 years, found that using marijuana moderately causes less harm to the lungs than tobacco—even though cannabis and tobacco contain many of the same compounds. This is likely because commercial tobacco products contain several chemical additives that impact bronchial tube damage in our lungs. Regardless, smoking is not recommended as it can still cause damage to the lungs.

Cannabis is Stronger Now Than Ever

People will often say that cannabis is more potent now than it was in the ’60s. However, MIT reports that this is a Drug Enforcement Administration (DEA) myth based on government data. The myth was based on the testing of seized cannabis during the ’60s that was left to dry and rot in police lockers, making it deteriorate and test weaker. High-potency cannabis existed in the ’60s, just as premium varieties do today. MIT reports that when government statistics were closely examined, it showed that potency increased by a modest factor in the ’70s, and has not changed much since.

Cannabis Edibles Deliver the Same Effect as Smoking or Vaping

The effects of eating and smoking or vaping cannabis deliver two very different experiences, mainly due to the time difference it takes for THC to take effect. Eating cannabis in the form of edibles can typically take up to 30 minutes to two hours before taking effect, and lasts for about 8 hours.

Smoking cannabis, on the other hand, is usually faster, taking up to 30 minutes to kick in —  lasting for a maximum of two hours. This common misconception can result in nausea, especially for those that are unaware of their tolerance levels.

The Fact About Cannabis
The cannabis plant has been around for so long, there are bound to be more myths that we haven’t cited — and sensational, exaggerated stories and outright falsehoods crop up every day on our social media feeds. Scientific research has debunked many of the most popular myths around CBD and cannabis, but be sure to conduct ample research before taking in misinformation about this useful medicinal plant.