What is The Endocannabinoid System – The Complete Beginner’s Guide 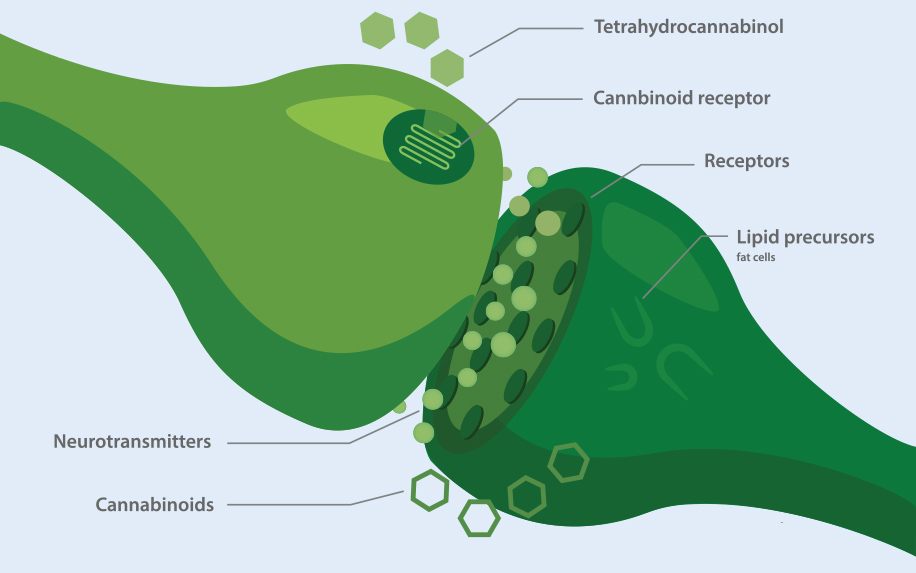 Image Credit: By About Time on Shutterstock

The Endocannabinoid system (ECS) is a natural regulator of bodily functions, including mood, appetite, memory, etc. There is virtually no physiological process not affected by it. It is, therefore, awe-inducing to realize the ECS was totally unknown to scientists and doctors just one generation ago.
The name Endocannabinoid System is derived from the fact that bodies of complex animals hold natural chemicals that resemble the activity of tetrahydrocannabinol (THC). THC is the cannabinoid that is the main psychoactive component of Cannabis. Regardless of the importance of the ECS in regulating the human body’s biochemistry and physiology, knowledge of the system remains limited among scientists.

What Does The Endocannabinoid System Do?

The endocannabinoid system is responsible for regulating so many of our bodily functions. It warns and protects our body when aid is needed. Here is a list of all of the bodily functions it protects and regulates:

The Endocannabinoid System and Cannabinoid Receptors

There are also two primary cannabinoid receptors. These are CB1 and CB2 receptors. CB1 is best known as the neuromodulatory receptor in the brain. CB1 is where THC exerts its effects on short-term memory, pain, emotion, hunger, etc. CB1 is actually the most plentiful G-protein coupled receptor in our brain which is why it is so important.

One example is neuropathic (nerve-based) pain. Neuropathic pain is often associated with multiple sclerosis, diabetes, and HIV/AIDS. It is notoriously difficult to treat with conventional pharmaceuticals. Beyond the brain, CB1 receptors can be found throughout the spinal cord and peripheral nervous system where they have a crucial role regulating pain, itch and muscle tone.

The Endocannabinoid System also impacts our gastrointestinal tract. CB1 influences two important functions of digestion. These are propulsion and secretion. The endocannabinoid system also dictates endocrine function, fertility, and cellular function, like in the spread of cancer. CB1 is better studied but not the only cannabinoid receptor in our body. CB2 is less studied but the non-psychoactive receptor has important effects relevant to medical marijuana. CB2 receptors are mostly found outside the brain and are often found within our immune system, specifically on immune cells, allowing them to act on pain and inflammation.

CB2 is, however, expressed in the brain under harsh conditions such as traumatic injury or degenerative diseases. Many disorders with fibrosis (development of scar tissue) may be targets for drugs that impact CB2, including liver cirrhosis, and certain heart and kidney disorders.

Transient receptor potential vanilloid-one (TRPV1) is a third receptor and is a target of anandamide and cannabidiol, but not THC. TRPV1 controls pain signals but the receptor is able to be desensitized if continuously stimulated. This raises therapeutic possibilities for agents to effectively treat certain types of neuropathic pain.

All in all, the Endocannabinoid System (ECS) is a recently discovered regulatory physiological system that holds promise for improvements in human quality of life. Unfortunately, it has not received proper attention from the medical or scientific community. Given the illegality of cannabis, some synthetic cannabinoids have been made for pharmacological use. More research expenditures are necessary to rectify these shortcomings.