What THC Stands For – A Beginners Guide To THC 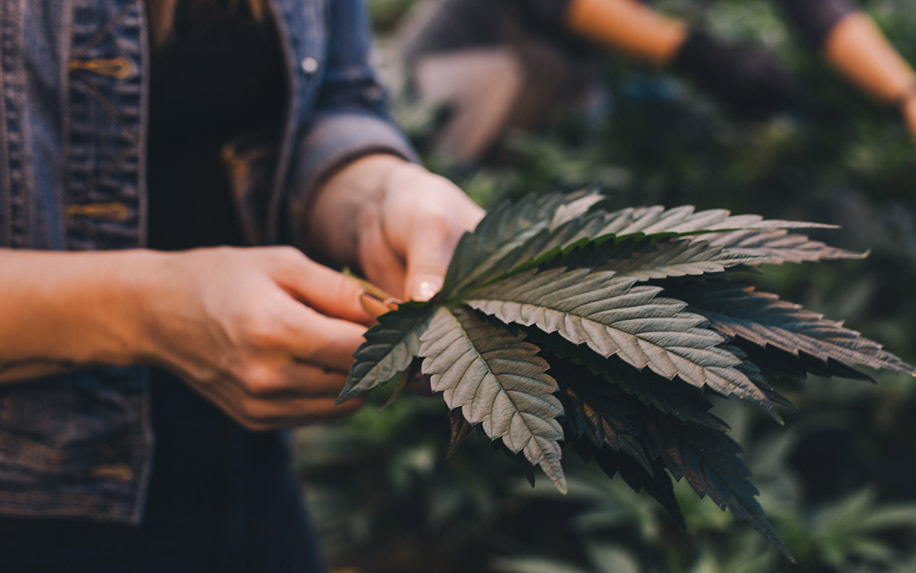 So yes we could just simply say THC stands for Tetrahydrocannabinol, also we could say that THC is scientifically known as -trans-Δ⁹-tetrahydrocannabinol. However, it does mean so much more. We look into its history & claimed benefits to find out just what is THC? First lets be really scientific. With a chemical make-up of C₂₁H₃₀O₂ , a molecular mass of 314.464 g/mol. Fancy words, it is one of over 100 well known active ingredients known as chemical compounds found in the resin secreted glands of the cannabis plant. These glands are mainly found around the reproductive organs of the plant, it is often why people want Female plants too. THC is a bright, colorless and glass-like solid that becomes sticky when heated which explains why its so thick inside THC vaporizers and so on. It is believed to give protection to the plant against high levels of harmful UV light while also preventing animals from eating the plant, if the other effects were not already enough.

THC mimics the natural chemical endocannabinoid that is produced in the brain known as anandamide aka bliss molecule (a neurotransmitter that binds to the THC receptors). When THC is consumed, it releases dopamine in the brain. As a result of this, it makes you experience euphoria, which is commonly referred to as a “high”. This high feeling comes with hallucinations and delusions and its effects usually last up to two hours and start roughly fifteen to twenty minutes after consumption depending on how you take it. Consuming THC also interferes with the hippocampus (part of the brain associated with forming new memories) by altering the information process.

The History of Medical Cannabis

The history of cannabis as a form of medicine dates back years. The National Cancer Institute has stated that cannabis use for medical purposes has been used for thousands of years. In fact, In Ancient China, people used hemp (a member of the cannabis plant family) due to its high-protein seeds, fiber, and oil for making rope, clothes and for medicine. They also used the cannabis plant for medical purposes too mainly to alleviate pain and treat various other conditions. While it started in China, word quickly spread, and so did the plant. It traveled through Asia making its way to the Middle East and onwards to Africa.

In 2737 B.C, The Chinese Emperor Shen Neng (one of the first leaders of the ancient world prescribed cannabis-infused tea to his people in order to treat conditions like rheumatism, poor memory, malaria, and even gout. By 200 A.D, a Chinese surgeon known as Hua Tuo was the first person to record cannabis as an anesthetic during surgery.

Taking a big leap through history, in 1906, the FDA (Food and Drug Administration) was created due to the lack of regulation on heroin, morphine and, opium. As a result of the lacking regulation, many people became addicted to these substances and this created what was known as the morphine addiction crisis. At this time, however, the FDA felt no need to control cannabis use. It wasn’t until 1914 when the FDA officially made cannabis an illegal substance.

The Claimed Medical Benefits of THC

New studies emerging are also indicating that THC alone may help treat people with various medical conditions whether they are physical or mental. One of the major milestones in scientific research shows that THC can help treat seizure disorders such as epilepsy, so much so that it stops seizures dead in its tracks. The FDA have approved several cannabis-based drugs for epilepsy. People who are using THC as a form of medication for epilepsy are stating that since they have begun THC/medical cannabis treatment they haven gone from a coupld of hundred seizures a day to only a hand full every few days or weeks (if they don’t miss a dose). Other conditions THC can treat are:

Pre-clinical and clinical studies show evidence that, when used properly, THC is said to have many medical benefits. While THC is associated with getting “high”, the chemical compound is far more complex than what people think and make it out to be. is a useful treatment to overcome nausea and to stop vomiting. It also increases your appetite. THC has been clinically proven to kill cancer cells while keeping good cells healthy and preventing them from becoming unhealthy.

What are The Side Effects of THC?

A current scientific study shows that THC works in conjunction with the different cannabinoid compounds that are also present. The interaction between THC and the rest of the cannabinoid family will mean that medical research will be more complicated than first thought. But it also reveals that the benefits of THC are broader and more diverse than even the most optimistic predictions. Studies also show that without using proper dosing calculations and methods THC can lead to psychosis and schizophrenia. Here are 5 of the potential consequences of the euphoric effect THC brings, especially when dosing isn’t taken into consideration.

THC remains an illegal substance in much of The United States and the rest of the world. So, If you are  considering purchasing THC for medical purposes, it’s essential that you double and triple check your state laws beforehand. It’s also vital to consult your family doctor, especially if you are already undergoing an established treatment plan for an existing illness. This is because very little is known about how THC interacts with other pharmaceuticals and in order for your doctor to treat you well, he or she needs to know all the facts.

Even now, there is much to be learned about THC. Scientists and researchers are working tirelessly to unearth the facts about this compound and how it can affect our bodies.