This Is Tetrahydrocannabinol: A Quick Guide to THC 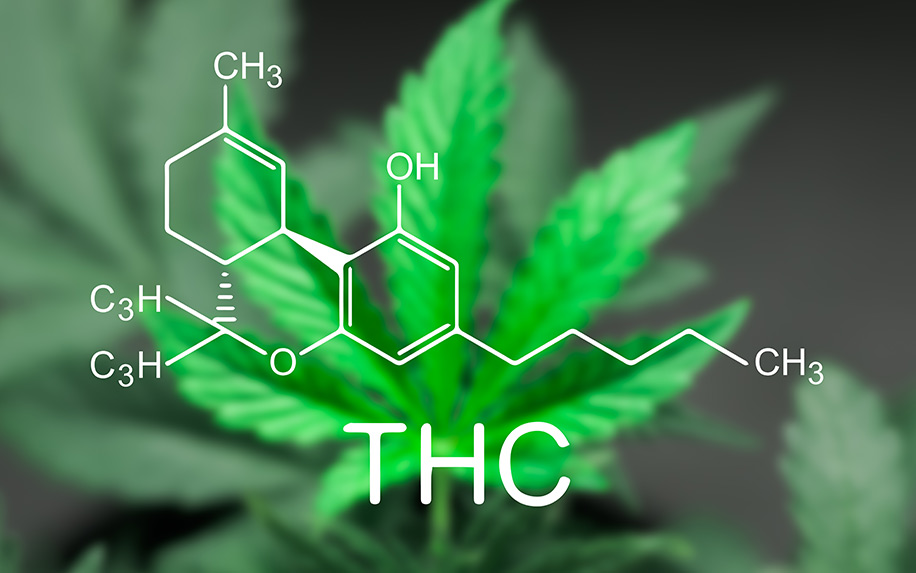 Throughout its life, a cannabis plant will produce more than 500 chemical compounds. Of these, 113 are cannabinoids — and trans-delta-9-tetrahydrocannabinol (THC) is the best known and most studied. It attracts such great interest for a simple reason: it’s what gives cannabis its psychoactive effects.

The intoxicating effects of THC on the brain and the central nervous system contributed to cannabis’s bad 20th-century reputation, but the medical cannabis movement in the United States has helped to rehabilitate the image of this misunderstood cannabinoid in recent years by focusing on its many positive effects on health. Along with the good publicity came newfound tolerance for THC’s recreational uses, which have led to a brand-new era of THC appreciation.

What Is THC and What Does It Do?

THC is one of two primary active ingredients found in cannabis — the other being cannabidiol (CBD), a non-psychoactive cannabinoid with no intoxicating effects. THC was first isolated in 1964 by Raphael Mechoulam and Yechiel Gaoni at the Weizmann Institute of Science in Israel. Mechoulam, known as ‘the Father of Marijuana Research,’ would go on to discover the first naturally occurring endocannabinoid in the human body, anandamide, whose function mirrors that of THC (and is now thought to be the primary cause of the “runner’s high” long coveted by endurance athletes).

In the human body, THC bonds with receptors in the endocannabinoid system (ECS), which acts as a regulatory system for physiological processes as varied as mood, appetite, cognition, and perception. In 1988, researchers Allyn Howlett and William Devane first discovered ECS receptor sites in the brain in a US government-funded study at the St. Louis University School of Medicine. Though cannabis research had been slowed by its legal status as a controlled substance, the U.S. government still put funding toward cannabis research in hopes of producing evidence to support the War on Drugs. Instead, this discovery was to be the start of a wider recognition of THC’s role in medicine.

As the medical cannabis movement has gathered strength, more evidence of THC’s capacities has been found. Since it can act as a stimulant, depressant, or hallucinogen, it can affect everything from dopamine production to sleep patterns to the ability to perceive the passage of time. As research is still restricted, studies on THC’s effects have not reached the critical mass deemed necessary for worldwide legal recognition. But this body of research is growing by the month.

THC Is Not the “Bad Cannabinoid”

With the emergence of non-psychoactive cannabis extracts like CBD as a pillar of the medical cannabis movement, many have started to see THC’s intoxicating properties and its adverse effects on short-term memory and motor coordination as extraneous. There are also several open questions of side effects and long-term impacts: dependency, mental health, and physical issues have all been shown by certain studies to be affected by THC. Once again, the lack of cannabis research has prevented any conclusions from being reached — though CBD’s newly-legal status may help spur more extensive investigations.

While THC and CBD share some broad overlap in terms of the conditions they can affect, they interact with different parts of the body and brain, since the ECS has two types of receptors and they respond differently to each cannabinoid. CB1 receptors, which only bond with THC, are concentrated in the parts of the brain responsible for mental and physiological processes such as memory, cognition, emotion, and motor coordination. Triggering these receptors induces the psychoactive effects associated with cannabis, which is why THC gets you high and CBD does not. THC can also bond with CB2 receptors, and its presence makes CBD’s own effects on these receptors much stronger.

What does this mean in practice? To use one common example, it makes THC an extremely effective pain reliever, since it can bond with the brain’s CB1 receptors, which are 10 times as plentiful as the μ-opioid receptors that morphine interacts with — and, interestingly, the most common neurotransmitters in the brain overall.

However, THC does its best work as part of a team. This is due to the “entourage effect,” a term coined by a group of researchers working with Raphael Mechoulam in 1998, which describes the way that the compounds in cannabis work together — not just THC and CBD, but the terpenoids, flavonoids, and other cannabinoids that work in concert to create “the sum of all the parts that leads to the magic or power of cannabis,” as chemist Chris Emerson put it in Scientific American.

And, as a growing number of states and countries are acknowledging, THC is used as more than just medicine — it can simply be used to spark joy. In this age of cannabis optimism, it seems the world finally has space for this, too.