THC vs THCA – What Is the Difference? 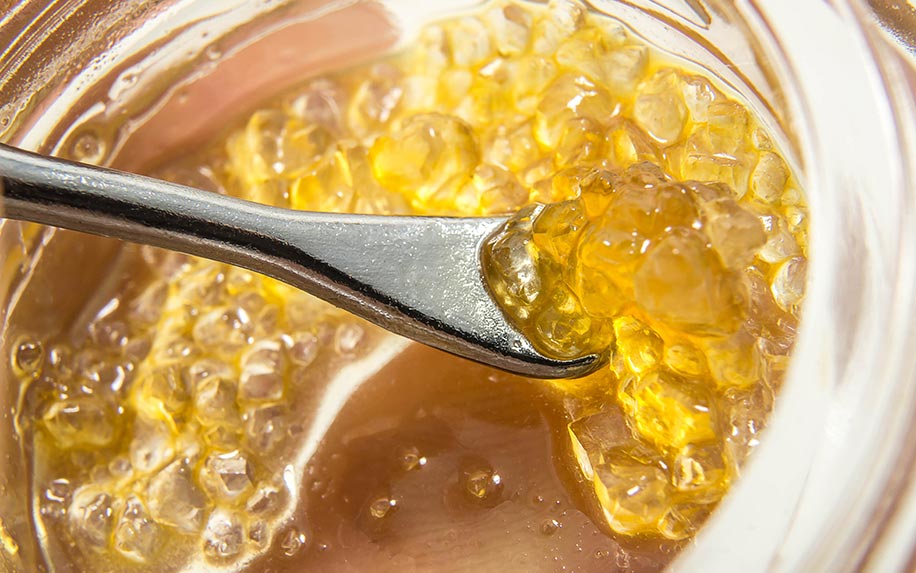 When the cannabis plant is alive, it contains THCA (tetrahydrocannabinolic acid). THCA slowly converts to THC (tetrahydrocannabinol), the psychoactive cannabinoid which is best known for its medical benefits this is the one and only difference between the two. THCA is the non-psychoactive precursor to THC, and will not convert until the plant is decarboxylated. This is when you would experience the feeling of euphoria. The full psychoactive effects of THC are experienced only when THCA has been heated to a specific level.

How THCA is Converted Into THC

In the raw plant, most cannabinoids remain in their original acidic forms. They go through a decarboxylation process before they become the usable cannabinoids that we are more familiar with such as CBD and THC. THCA doesn’t produce the same effect as THC as it can’t successfully communicate with the brain’s CB1 and CB2 cannabinoid receptors. Due to the fact that the chemical compound can’t interact with the receptors, it, therefore, won’t produce the psychoactive effects of the THC molecules.

Decarboxylation also reduces the size of the molecule allowing it to affect the CB1 receptors. Once they are smaller, they can have an effect on the CB1 receptors which in turn, causes the euphoric effect. THCA in lab tested cannabis plants is heated to produce THC for use in medical marijuana treatments.

THCA is thermally unstable and can be altered quite easily with the application of heat. Exposure to heat decarboxylates THCA, turning it into psychoactive THC. Something as simple as sunlight can convert THCA to THC. The raw plant, when exposed to sunlight and heat for a period of time will slowly convert the cannabinoid acid to its psychoactive form.

Cannabinoid acids can even convert to cannabinoids at room temperatures of 77 degrees and above. Depending on the makeup of the THCA extract, it can convert from 20% to 67% of its THCA to THC in just 10 days when stored at room temperature. When the dried cannabis plant is vaporized or smoked, the high heat instantly converts THCA to THC although not all the THCA will be decarboxylated.

What Is THCA Used For and What Are its Benefits?

The raw cannabis plant can be juiced or turned into edibles to produce high amounts of THCA which are becoming known as a super-food due to its nutritional and medical benefits.

THCA works as a strong anti-inflammatory and may be able to relieve symptoms associated with epilepsy, migraines arthritis, lupus, as well as other inflammatory conditions. Studies have shown that it may also be able to reduce nausea and vomiting associated with cancer treatment such as radiation and chemotherapy. It has been used to prevent the onset of diabetes due to its regulation of blood sugars and may also prove helpful in treating or preventing neurodegenerative diseases due to its neuroprotective properties Some positive results have been found but further research is needed.

THCA can also be used in topical creams for the treatment of rashes, bruising, sore muscles, acne, insect bites, minor abrasions, and even eczema. People have reported using THCA to improve insomnia and sleeplessness, reduce muscle spasms and relieve pain, however, more research is needed to determine the full benefits of this cannabinoid.

THCA and THC can be used in conjunction to reduce the effects of the THC’s, so larger doses can be metabolized with less euphoric effect. THCA can also be used with CBD and CBN and other cannabinoids.

Currently, most of the research centers around the use of the decarboxylated of cannabinoids, but as the studies and research improve, we may find bottles of THCA infused juices on the shelves in the near future.