“THC Is Bad For You” and Other Cannabis Myths, Debunked 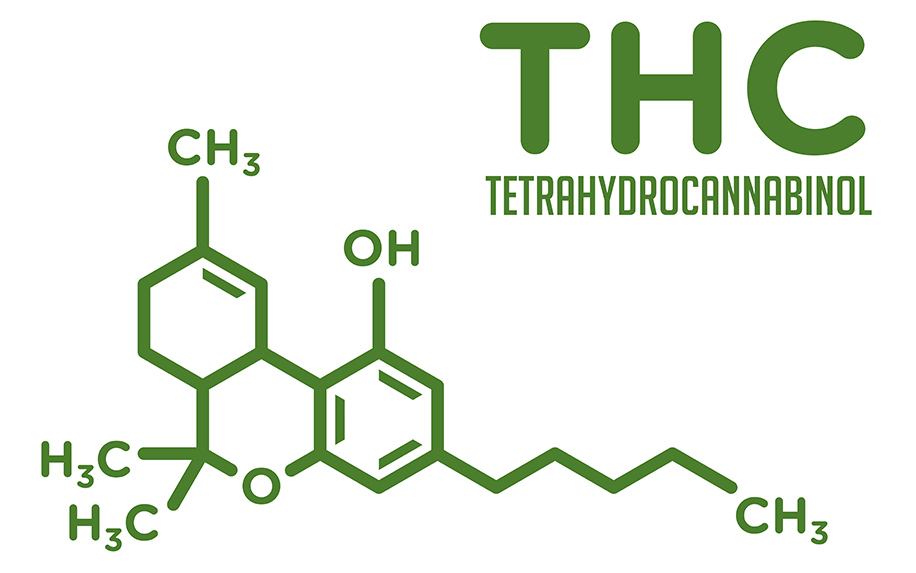 THC can be good for you and bad for you. Which point is true, both? Image Credit: By stockish on shutterstock

It’s hard to shake a bad reputation, but, in the 21st century, cannabis has managed to do just that. Its redemption has been tied up in the medical marijuana movement, which has loudly — and effectively — touted the many health benefits of cannabis while downplaying its other uses. Much of the current excitement around cannabis is focused on cannabinoids, the natural compounds that make it such a versatile medicinal remedy. With the emergence of non-psychoactive cannabidiol (CBD) as one of the most beneficial cannabinoids, tetrahydrocannabinol (THC) can seem superfluous, and its psychoactive effects dangerous.

But this false dichotomy — CBD is good, THC is bad — does a disservice to both the cannabis plant and the people who could benefit from it. THC does quite a bit more than get you high: Its pain-relieving qualities have allowed many to trade their prescription pain medications for medical cannabis, and its ability to stimulate appetite, reduce nausea, and (potentially) prevent tumors give it potent cancer-fighting properties.

At the same time, THC isn’t quite as harmless as its most enthusiastic fans might claim. To make an informed decision about whether THC is right for you, it helps to investigate the individual arguments in favor of (or against) using it. With that in mind, here are some of the most commonly believed myths about cannabis and THC:

1. THC is a gateway to harder drugs: According to the National Institute on Drug Abuse (NIDA), the idea that “marijuana is a gateway drug” doesn’t quite match the reality.

On one hand, research does suggest that THC users have a higher likelihood to use other drugs later in life, as well as an increased risk of addiction. And studies on rats have shown that THC can increase their receptivity to other drugs.

However, the NIDA cautions against mistaking causation for correlation — in other words, using cannabis (or alcohol) doesn’t necessarily cause people to then try substances like heroin or cocaine; instead, they might try it first simply because it’s easier to acquire.

2. THC makes you paranoid: The truth is, it’s complicated. While many cannabis users use the plant to treat the symptoms of anxiety, THC can actually trigger it in some people. This is because THC leads to a biphasic response in the human body — meaning that lower doses can have a relaxing and therapeutic effect, while higher doses can trigger the opposite.

Studies investigating the effects of THC have shown that the margin for error is quite small. For example, one study gave cannabis users differing amounts of THC and subjected them to a mock interview afterward. Those who took 7.5 mg of THC felt less stressed than the study’s placebo group, while those who took 12.5 mg of THC were more likely than both groups to report a negative experience.

Given that the average joint with a THC content of 15 percent can deliver 40 mg of the cannabinoid, it makes sense that THC could cause paranoia, particularly in those already prone to anxiety.

3. THC causes schizophrenia: There is a long-debated relationship between cannabis use and schizophrenia in the mental health community — again, the key issue is one of correlation versus causation.

The most recent research indicates that it’s probably the former. Studies investigating the relationship between heavy marijuana use and schizophrenia have also found a greater incidence of alcohol abuse (and the abuse of other drugs) among people diagnosed with schizophrenia. As Dr. Nora Volkow, the director of NIDA, told NPR, “People who have an emerging schizophrenic disorder may be consuming marijuana, trying to self-medicate because they just don’t feel right.”

4. You can fail a drug test by breathing in secondhand THC: NIDA weighed in on this common fear, and their verdict is that failing a drug test due to secondhand cannabis smoke is possible but unlikely. They point to studies showing that little THC is released in the air when a person exhales, and conclude that unless people are in an enclosed space, breathing in close-range smoke for hours at a time, they aren’t likely to fail a drug test.

5. You can get high off secondhand marijuana smoke: These same extreme conditions would have to be replicated for a bystander to receive even a mild, short-term high. But it could affect those nearby in other ways. NIDA cited a recent study on rats which found that secondhand marijuana smoke can do as much damage to their heart and blood vessels as secondhand tobacco smoke does — but more research is necessary before we know what effect it has on humans.

Sometimes the skeptics do get it right, though. Here are some myths trotted out by the pro-THC side that don’t stand up to closer inspection.

1. You can’t overdose on THC: While it’s a much-celebrated fact that cannabis has never caused a fatal overdose, non-fatal overdoses are much more common. This again comes back to the body’s biphasic response to THC, with a proper dose producing the therapeutic effects many cannabis users seek, while a heavier dose could produce opposing effects in terms of anxiety, sedation, and delirium.

2. You can’t get addicted to THC: Though cannabis withdrawal is less symptomatic than that of other drugs, those who stop their THC intake report irritability, mood, and sleep difficulties, decreased appetite, cravings, restlessness, and other kinds of physical discomfort. Psychological dependence is an underreported part of the picture as well.

NIDA figures show that four million people met the diagnostic criteria for a cannabis use disorder in 2015, with 138,000 seeking treatment. These figures are disputed by some, who claim that the stigma around cannabis inflates these numbers. Others point to an overall trend of increased THC content as a reason for growing problems with addiction.

3. A THC high makes you a better driver: A 2013 survey from Liberty Mutual Insurance and Students Against Destructive Decisions found that 23 percent of teenage drivers in the United States admit to occasionally driving impaired. Of these drivers, 75 percent said that driving under the influence of cannabis has no detrimental effect, and may even improve their driving.

If so, their results are atypical. Federal research has shown that driving under the influence of cannabis leads to more crashes, a conclusion borne out in several studies of states where cannabis has been made legal.

4. Don’t like THC? There are cannabis strains with less: Although there are some important differences between cannabis strains, there’s been so much cross-breeding in recent years that the name of a given strain rarely reflects its actual lineage.

Researchers have proven this point by testing samples of the same strain from different cities, and have often found that they are completely different in content from each other and from their labeling.