Terpenes From Cannabis and Pharmacology 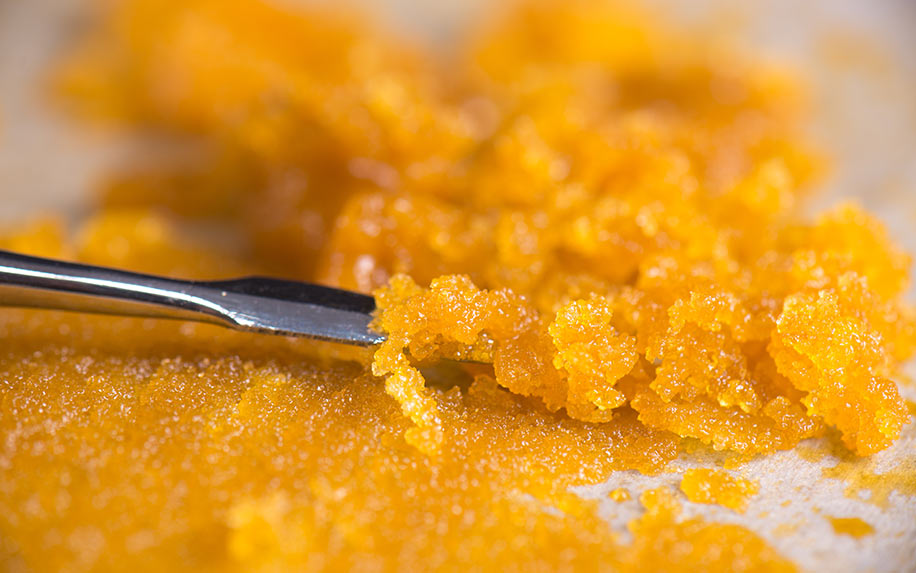 CBD can be used to make natural beauty products with many medicinal benefits. CBD oil is derived from Marijuana, an amazing plant that has many uses that can benefit humanity. Marijuana is a particularly interesting plant. This article discusses the unique nature of this botanical and pharmacological specimen.

Marijuana contains over 100 terpenes with various degrees of bioactivity. The terpenes discussed within are often considered the primary terpenes in marijuana. Many of them have biological activities relevant to not only medicine and science, but culture and ecology as well.

Terpenes, derived from the word “turpentine”, are natural products within nearly every living creature. Terpenes are lipids i.e natural fats, synthesized from repeating hydrocarbons (hydrogen+carbon) called isoprene units. Isoprene is nature’s most common building block and accounts for about one third of hydrocarbon emissions into the atmosphere.

Terpenes, the most common language in the world, are classified depending on the amount of isoprene units in the particular terpene. A terpene with isoprene units is called a monoterpene, sesquiterpenes contain, diterpenes, sesterterpenes, triterpenes and so forth.

Terpenes and terpenoids are actually two different classes of compounds, though you will sometimes see an author use the word terpenoids inclusively with terpenes. Terpenoids (-oid as in alike), are terpenes that have been modified with additional molecular functional groups, often naturally by plants as a response to environmental stress. Terpene synthesis is an intermediary in the production of cannabinoids like THC (Δ⁹-tetrahydrocannabinol) and CBD (cannabidiol).

Terpenes function in conjunction with other types of terpenes as catalysts or they can even prevent formation of compounds within plant and animal metabolisms.

Through understanding of terpene functionality, scientists and farmers are able to manipulate cannabinoid ratios of specific marijuana strains.

Terpenes and their counterparts terpenoids, are synthesized in the resin ducts and trichomes of the Cannabis plant. They are highly concentrated in the trichomes within the flowers, and to a lesser extent are found on the leaves, stems, and roots. Other plants that secrete terpenes similarly are citrus. Which produces high amounts of Limonene just in the surface of the rind. Plants from the family Pinaceae secrete high amounts of the Pinene terpenes.

Plants produce terpenes to interact within their particular ecosystem. Due to the aroma of certain terpenoids pollinators may be attracted and deterred by these volatile organic compounds. Terpenes can even act as defensive compounds for plants, through toxicity to an attacking organism, or by drawing predators of pesky herbivores. The viscous nature of terpenes concentrated in trichomes can even act as a mechanical defense by trapping insects.

Terpenes occur in mixtures naturally like an ecological bouquet.

Marijuana plants have what cannabis culture refers to as “terpene profiles”. Terpene profiles give various strains of Cannabis their distinctive flavors and aromas, meaning different strains chemical composition and medicinal properties will vary.

“The antimicrobial effects of many spices containing terpenoids suggest that cultural preferences for certain flavors may have developed throughout history due to health promoting or food preservation benefits (Goff and Klee, 2006).”

Aroma of particular terpenes gives us some clues as to which mixture of them a particular strain of marijuana contains.

Humulene (relict names ɑ-Caryophyllene and α-Humulene), is a terpene similar to β-Caryophyllene, it’s found in clove, and deemed “humulene” do to it’s presence in the plant Humulus lupulus the hop plant. Humulene can constitute up to 40% of the essential oil when isolated from aromatic hop varieties known as noble hops. Isomerization of β-Caryophyllene and humulene is common meaning they occur in mixtures naturally often.

Much of the research being done on the medicinal effects of β-Caryophyllene and humulene terpenes, is due to their analgesic properties.

Pinene terpenes are common in both nature and Cannabis, α-Pinene has green wood and pine scents like a forest after rain.

β-Pinene, has muskier aromas like mint and basil and is found in lime, ginger, nutmeg, mace, bitter fennel, rosemary and sage.

Both α-Pinene and β-Pinene are aromatic constituents of, you guessed it, tree sap. Due to the lipophilic nature of Pinene terpenes they are able to pass the blood brain barrier and can interact directly with the brain. Pinene terpenes are a constituent of many different popular strains of marijuana.

Limonene has two isomers with similar chemical properties but different odors, the more common Limonene referred to as Dipentene has a pleasant citrus like odor, and the less common isomer D-Limonene has a piney and turpentine like odor. Limonene terpenes may play a protective role against cancer and can be absorbed through the skin.

“Lemon oil vapor increases metabolism of dopamine in the hippocampus and serotonin in the prefrontal cortex and striatum which may explain its anxiolytic and antidepressant effects in mice (Kumiya et al., 2006).”

Dipentene has potential chemopreventive and antitumor activities although more clinical trials need to be conducted. Cancer cells are able to proliferate in part by preventing apoptosis, also known as programmed cell death.

Dipentene as well as cannabidiol (CBD) may have modulatory roles in apoptosis, and the anticarcinogenic properties of Cannabis may be due to the entourage of terpenes and cannabinoids functionality.

Myrcene an unsaturated hydrocarbon, is common in marijuana, allspice, cardamom, hops, bay, and wild parsley. Myrcene has aromas like peppery, balsam, fruit, geranium, and must. It’s even a component of citrus, strawberries, guava, and mangoes. It’s used in many foods as flavoring and has many industrial applications like air fresheners, cleaning supplies, and topical care products. When administered to rats myrcene was found to bioaccumulate in fatty issues like the brain, liver, testes, and kidneys.

Linalool has aromas like coriander, floral, lavender, lemon, and rose. Linalool is used agriculturally as an insecticide, as well as in beauty products and industrial applications. Linalool is one of the primary aromatic terpenes in lavender essential oil. Studies suggest linalool may enhance liver health. Linalool is an unsaturated hydrocarbon, therefore it evaporates easily, due to this it interacts with saliva and mucous membranes before being metabolized into bodily excretions. Linalool may have anticonvulsant effects mediated by the NMDA glutamate receptors (Brum et al., 2001).

Certain terpenes are cosmopolitan in plants and tied to primary metabolism meaning growth and photosynthesis. They are important for transferase and binding of proteins from the cytoplasm to the wall in cells. Carotenoids are triterpenoids that are involved in the pigmentation within plant cells and therefore influence photosynthesis. Chlorophyll has a diterpene side chain formed from phytol, a natural alcohol that plants use to synthesize the vitamins E and K. Diterpenoid carboxylic acids known as gibberellins act as internal plant growth regulators (Hedden et al, 2012).

A common feature of terpenes and cannabinoids is being lipophilic and hydrophobic, like the texture of tree sap, meaning they readily bond with proteins and do not with H₂O. Scientists believe that the biological activity of many terpenes is due to them partitioning into cell membranes and modulating transferase of cell bound proteins (Edris, 2007; Maffei et al., 2011; Solórzano-Santos et al., 2012). Terpenes are an important part of the animal metabolism and are sometimes added to protein cells to enhance their attachment to the cell membrane in a process known as prenylation.

The most obvious effect terpenoids can have on the central nervous system is odor perception. There are several hypotheses as to why terpenes affect the human brain. It could be due to the cellular, biochemical, and molecular similarities between plants and humans, or due to the similarities of the human nervous system and that of insects, both of these hypothesis are probably accurate.

Environmental conditions are often modified by marijuana growers to achieve strains with specific terpene profiles. This usually involves weaning plants off of nutrients with unfertilized H₂O over a week and a short drought period, usually a day or so. Vaporizing is a promising form of oral administration for volatile terpenoids. The chemical profile of cannabis can be used for discriminating between varieties and when grown under controlled conditions the chemical profile can be reproduced.