What Are Terpenes in Cannabis? Here’s an Insight 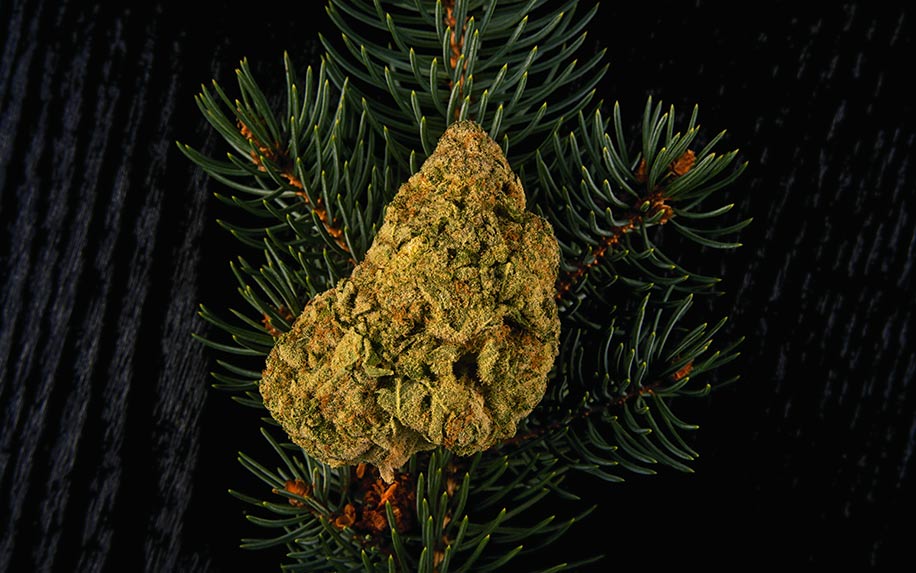 The latest info on medical marijuana has the whole internet buzzing about a new topic: What are terpenes?

The word “terpene” refers to a set of chemicals that are naturally occurring in cannabis and other plants. Terpenes, or terpenoids, are chemicals that produce a powerful aroma — their smell and taste are thought to act as a defense for a plant against insects or animals that may want to eat it. The terpenes can be a repellent so that insects will not want to eat the leaves, for example. In other cases, the terpenes can even attract animals with their aroma and flavor — specifically, animals that are predators to herbivores! (FYI – some insects can also produce terpenes for similar reasons, but these are not used as often by humans).

Different varieties of the cannabis plant are often bred with varying amounts of these chemicals and they can be used for a variety of functions. You see, cannabis plants are a combination of chemicals, and cannabis strains are not the same from one to the next. They are different because of their potency in any one of the many cannabinoids (chemicals in cannabis) that make up the entire cannabis plant family. The word “cannabinoids” often refers to cannabidiol (CBD) or tetrahydrocannabinol (THC), which are the two main components of the plant. The cannabinoids are used for treating a variety of illnesses and their symptoms, and the body responds to them in different ways.

THC and CBD interact directly with the endocannabinoid system to have a variety of effects. For example, they can be anti-inflammatory or have a relaxing effect. For this reason, CBD oil is often used in creams to treat conditions such as eczema.

In combination, the two chemicals can have different effects on the body — the full spectrum of these effects is not yet fully known. However, scientists are coming closer than ever to understanding the combination of these chemicals. Dr. Ethan Russo, a pharmacologist, has stated that CBD is thought to have a balancing effect for THC, making the chances less likely that a person will experience weird brain changes, such as delusions or paranoia when taking medical marijuana. He observed that in Sativex, a cannabinoid medicine used in some places outside of the U.S. for multiple sclerosis, a very low number of patients experienced these psychoactive effects when taking the THC and CBD blend, which balanced the two cannabinoids out in equal parts.

Terpenes and The Entourage Effect

Terpenes in cannabis are thought to work the same way in what people often refer to as the “entourage effect.” The entourage effect is what happens when the different parts of cannabis balance each other out in their effects. So, like with CBD supposedly balancing out the psychoactive effect that THC can have on the brain, some terpenes are believed to balance out CBD and THC.

Terpenes are often used as their own since they make up a large portion of the oil that can be extracted from a plant and used for perfumes, cosmetics, and food (think: essential oils). They are the most fragrant part of the plant and explain why different cannabis strains often have different aromas and flavors. Beyond someone’s preference on a smell or taste, terpene blends in medical marijuana have shown (anecdotally) that one terpene profile of marijuana may be better for one condition, and another one may benefit another. The results may also vary from person to person.

Terpenes interact with the endocannabinoid system to bind other cannabinoids to the ECS receptors. They can affect neurotransmitters, some of which have direct effects on mood. For instance, some terpenes can affect how much serotonin or dopamine your body uses, which are two neurotransmitters that are strongly related to mood.

Other functions of these chemicals can be the increased use of THC and CBD by the brain. This can be either positive or negative, depending on the effect and the condition being treated. THC may benefit one condition, but be detrimental to another area of the brain or the body, affect your symptoms and your mood. So, use caution! But realize that the entourage effect and the cannabinoids and terpenoids themselves are still being investigated.

Dr. Ethan Russo has commented that the most important influence in the entourage effect is CBD, rather than terpenes. There have been no randomized, double-blind, placebo-controlled studies on the way terpenes affect cannabinoid receptors, so there is no scientific way to tell if the aromatic chemicals have any medicinal value. Additionally, there seems to be a complicating factor in the way marijuana is stored and used — researchers at the University of Mississippi have found that drying out marijuana buds makes the terpenes less effective. Terpenes evaporate very quickly and easily, so any anecdotal (word-of-mouth, non-scientific) reports of their benefits may be due to the placebo effect (in short, your mindset can actually affect the way your body feels and make you think that you’re seeing effects from the terpenes, CBD, THC, or anything else). Keeping this in mind, some mood-lifting properties of cannabis may not be due to the terpene profile, but to your mindset.

All the anecdotal evidence considered, it may be helpful to know what people are referring to when they say that certain cannabis strains have certain effects. This way, you will know to be cautious about any growers who advertise specific effects of their cannabis flowers, considering the questionable nature of the entourage effect and the known risks of THC and CBD in any given strain. This is especially important as more states are considering legalizing marijuana and new precautions must be taken by consumers to be responsible in how they use it — such as in cases where children have gotten their hands on their parents’ chewables.

Here are the most common terpenoids you’ll hear about from growers:

Myrcene is the most common terpene found in cannabis strains and is thought to be anti-inflammatory and provide pain relief. It is also found in bay, wild thyme, parsley, and cardamom. Essential oils from these plants are often advertised for similar effects since the terpene (as with other terpenes) are not unique to cannabis.

Limonene has a more direct effect on neurotransmitters and has been said to affect focus, concentration, and mood. (Sounds like “lime” for a reason — it is found in citrus peels. Think of the way it lifts your mood to smell a fresh lemon or orange peel.)

Linalool can also be used for mood because of its relaxant effect. It is also often used in insect repellents and its effects depend on the way it’s used. Some people have found that it can cause dizziness and drowsiness when inhaled, and skin irritation or allergic reactions when used directly on the skin.

Pinene has also been used to help with memory, which is one statement that Dr. Ethan Russo has also found to be fairly consistent in his work. It is used in fuels and is found in pine nuts produced by pine trees. It may be used in some essential oil blends as a eucalyptus oil and has a distinct smell that can repel insects. It’s being explored for its potential as an anti-cancer chemical.

To sum it all up, terpenes are pretty fascinating and may smell and taste great. These factors alone can lift your mood. If you’re looking for hard-and-fast scientific evidence that they will cure your symptoms, be advised that research is still in the works and in the U.S. is limited to a few labs around the country. With more states legalizing marijuana, it may become easier to do more research into the entourage effect and see if terpenes can lessen some of the risks of medical marijuana by affecting receptors in the endocannabinoid system.