Myrcene: Everything You Need to Know About This Cannabis Terpene 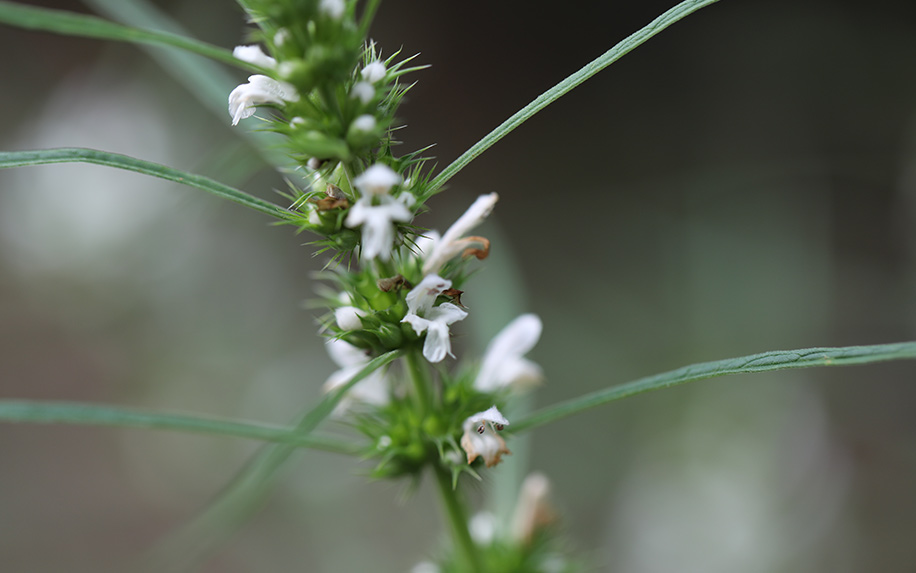 Myrcene is one of hundreds of different organic compounds called terpenes. Image Credit: By Rattiya Thongdumhyu on shutterstock.

Myrcene (known in scientific circles as β-myrcene) is one of hundreds of different organic compounds called terpenes, that are secreted as essential oils in highly fragrant plants. It doesn’t just smell nice, either. It’s responsible for many of the medicinal benefits of shrubs and trees like lavender, ylang-ylang, sage, pine, citrus, peppermint, lemongrass, berries, fruit plants — and cannabis plants.

It’s not the only terpene found in cannabis, but it’s one of the most distinctive. The aroma of cannabis is an instant giveaway and the odors of different strains are made distinct by their terpenes, which resemble berry or pine or pineapple or diesel, with many more scents and flavors in between. Cannabis connoisseurs can often identify strains by their varied and distinct terpene aromas — even though there are more than 200 terpenes at different levels and concentrations across strains to give them their telltale fragrance and flavor, and in many cases, aromatherapy and health benefits.

Myrcene: a Terpene in the Spotlight

Secreted alongside other chemicals in cannabis, including the cannabinoids THC and CBD, there’s some evidence that certain terpenes — myrcene being one of them — can actually change the characteristics of a given cannabis strain. This means terpenes and their effects on cannabis are becoming an increasingly important topic for cannabis consumers, as well as researchers looking at how terpenes can potentially change the properties of cannabis to provide different types of results — and offer potentially new benefits in treating health conditions.

Myrcene is one of the 10 most common terpenes in cannabis, but it’s also a major component in the essential oils of highly fragrant flowers and plants, including ylang-ylang, wild thyme, cardamom, parsley, and hops. It works as an intermediate organic compound creating several different fragrances. Myrcene has an earthy, musky odor and flavor, and gets its name from a medicinal shrub in Brazil, Myrcia sphaerocarpa, which has traditionally been used for centuries to treat diarrhea, dysentery, diabetes, and hypertension.

Myrcene is one of several cannabis terpenes currently under the microscope for their potential impact and benefits. Already there’s some strong evidence suggesting myrcene has its own psychoactive properties, and that it can modulate and manipulate the mind-altering effects of THC — the main cannabinoid in cannabis responsible for creating the high.

This has given birth to the hotly debated “Mango Theory,” which posits than since mangoes are loaded with myrcene, eating the fruit before using cannabis creates a “super high.”

There is, however, evidence to support myrcene having sedative and calming effects. Studies with mice have also shown myrcene to be a muscle relaxant (at high doses) and an anticonvulsant, which could help with seizures. Myrcene is also a major terpene in lemongrass, and research shows lemongrass essential oil to have beneficial anxiolytic effects in calming anxiety — which speaks to myrcene’s anti-anxiety properties.

While research on terpenes in general is burgeoning, and more myrcene research is needed, the early results are also showing that in addition to its relaxing and calming effects, this top terpene has the following additional potential properties beneficial for our health:

Currently, in a broad set of studies, researchers are looking particularly closely at myrcene’s anti-inflammatory properties, as inflammation plays an underlying part in many conditions and diseases.

Researchers are also excited at myrcene’s potential to help people with type 2 diabetes maintain better control over their blood sugar. There’s demonstrated evidence that myrcene improved glucose tolerance in diabetic rats comparable to metformin (one of the main pharmaceutical medications prescribed today to help people with type 2 diabetes control their blood sugar levels), without having any effect on normal rats’ blood glucose levels.