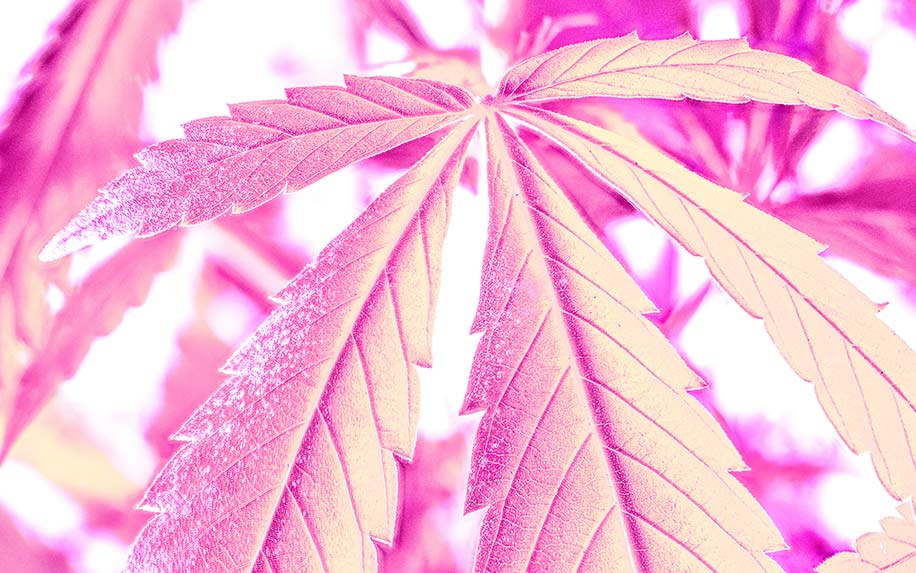 Cannabis terpenes have been getting a lot of buzz lately, and few are buzzier (in the most literal sense) than humulene.

Humulene, also known as alpha-caryophyllene, is one of the cannabis plant’s hundreds of terpenes, and it’s also responsible for making beer taste good. The scientific reference book Comprehensive Natural Products II: Chemistry and Biology states that, “Humulene is believed to be partly responsible for the pleasant aroma of whole hop cones,” and that, “High-quality aroma hops are usually … high in humulene.” (Interestingly, another terpene found in both beer and cannabis, myrcene, appears to have the opposite effect.)

In the cannabis plant, humulene also affects aroma — it’s usually described in terms like “earthy,” “musky,” or perhaps unsurprisingly, “hopsy.” Like other terpenes such as limonene and linalool, it’s found in the sticky resin produced by the plant’s hair-like trichomes. Before the plant is harvested, humulene helps protect it from insects, hungry herbivores, and other environmental threats.

In humans, humulene has an interesting array of potential medical uses (which we’ll discuss shortly). As for risks? You’re unlikely to encounter any from using cannabis, unless perhaps you dab a cannabis concentrate like wax. Some experts believe that humulene and other terpenes could degrade into toxic substances when heated to extremely high temperatures, a belief that’s largely based on a 2017 study in the journal ACS Omega that said the growing emphasis on terpenes was of “great concern due to the oxidative liability of these compounds when heated.” However, humulene wasn’t one of the specific terpenes examined in that study, so there’s no firm proof either way.

The Medical Properties of Humulene: What the Science Shows

As with most terpenes, the studies involving humulene usually extract it from non-cannabis sources. However, the chemical structure and activity of humulene from hops or black pepper is the same as that from cannabis, so it’s possible to draw reasonable inferences.

Here’s what the science has found so far:

Humulene could be a powerful anti-inflammatory.
In 2007, Brazilian researchers writing in the European Journal of Pharmacology investigated the ability of humulene and a closely related compound to treat a range of inflammatory conditions in mice. Humulene proved effective at relieving every symptom the researchers tested — including the unpleasant-sounding “oedema formation caused by histamine injection” — which led them to conclude that humulene “might represent [an] important [tool] for the management and/or treatment of inflammatory diseases.”

Humelene might make a potent pain reliever.
Brazil certainly seems to produce an unusual amount of top-tier terpene research — a different team published a study in the journal Planta Medica in 2008 that illuminated the antinociceptive (i.e. painkilling) properties of humulene. The researchers found that “alpha-humulene exhibited a rapid onset and relatively good absorption following oral and topical administration,” which they took to be evidence of the “topical and systemic anti-inflammatory and antinociceptive properties“ of the terpene from a variety of sources.

Humulene could help kill dangerous insects.
Aedes aegypti, better known as the yellow fever mosquito, is one of the most lethal insects on the planet. Aside from carrying yellow fever, it’s also the bearer of deadly diseases like dengue and the Zika virus.

In late 2015, at the height of the panic over the Zika crisis, Brazilian researchers published a study in the journal PLOS One that found the essential oil of a South American tree, one of whose primary components was humulene, was unusually effective at preventing the spread of yellow fever mosquitoes and their larvae. The study’s authors concluded that humulene “[was] responsible, at least in part, for the deterrent effect of the oil.”

Humulene might relieve asthma and allergies.
According to a 2009 paper in the British Journal of Pharmacology, humulene could potentially help people with allergies breathe easier (though the study itself was conducted on mice). The study in question sought to investigate the ability of humulene to relieve airway constriction caused by allergic inflammation. According to the researchers (who, once again, were Brazilian), the results were good enough to “suggest the potential of α-humulene as a candidate for the treatment of asthma and other allergic diseases.”