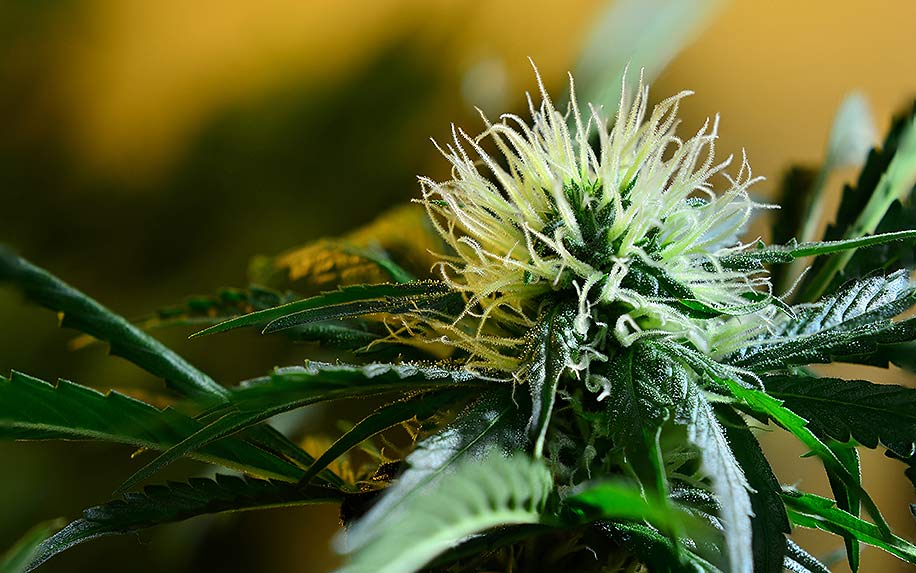 Studies indicate quercetin could have anticancer, anti-inflammatory, and antioxidant properties. Image Credit: By Gleti on shutterstock.

There are over 500 compounds present in the Cannabis sativa genus of plants, and flavonoids are some of the rarest, with scientists estimating that they comprise just 2.5 percent of the plant’s dry weight. However, they’ve also drawn increasing attention from researchers (and consumers) in recent months thanks to their potential medical benefits.

Quercetin might be one of the more versatile flavonoids found in cannabis, with studies indicating that it could have anticancer, anti-inflammatory, and antioxidant properties, among others. Like other flavonoids such as kaempferol or apigenin, it’s also found in a wide range of plants — such as red onions, kale, and capers.

In fact, quercetin is present in so many popular fruits and vegetables that a 2015 study from researchers at Oregon State University found that it was one of the most commonly-eaten flavonoids — the average person consumes around 25-50 mg per day. There’s a chance you might be wearing quercetin right now, too: It’s a versatile natural dye, producing colors ranging from brownish-orange to a subtle yellow. Quercetin is also becoming an increasingly common ingredient in makeup and skin care products.

One of its most intriguing potential uses, though, is in the treatment of certain types of cancer, where a number of early studies have shown somewhat promising results. However, a number of significant issues may prevent it from being adopted as a mainstream treatment in the near future.

What Scientists Know About Quercetin So Far

In 1996, a team of U.K. researchers conducted a clinical trial on human subjects to determine if quercetin could help inhibit the proliferation of cancerous cells. The results they found were encouraging — as the study’s authors wrote in the journal Clinical Cancer Research, quercetin could be “safely administered by I.V.” and showed “evidence of anti-tumor activity.”

Another study, conducted in 2013 by a collaborative team of Swiss scientists and researchers from UCLA, made an even stronger endorsement of quercetin’s anticancer effects. Their work showed that oral administration of the flavonoid “inhibited the growth of pancreatic cancer cell lines,” and also “caused significant cell apoptosis and reduced tumor cell proliferation.” While the study came with a major caveat — it was only conducted on mice — it seemed to suggest that quercetin had a bright future as a cancer-fighting treatment ahead of it.

However, these studies (and a number of others) have not been enough to convince the American Cancer Society (ACS) that quercetin is a viable cancer treatment. Currently, there’s not even a mention of the flavonoid on the ACS’ website.

But what about quercetin’s other uses? In a 2009 review of the existing research on the flavonoid, a paper published in the Journal of Young Investigators took an in-depth look at quercetin’s antioxidant properties. It found that the compound could insulate the brain against oxidative stress associated with diseases like Alzheimer’s and Parkinson’s, as well as “[protect] against the more obvious environmental causes of free radicals, such as smoking.”

The study’s author concluded that quercetin “had the structure to act as [a] powerful [antioxidant],” but also raised major questions about the compound’s bioavailability, as multiple studies have shown contradictory results. Some have even suggested that quercetin doesn’t necessarily need to be absorbed into the body to be effective — raising a host of confusing questions that have yet to be answered.

In the meantime, the Food and Drug Administration (FDA) is taking a hard line on any health claims involving quercetin. In March 2017, the agency sent a warning letter to a brand called Cape Fear that touted its quercetin tablets as an antihistamine and anti-inflammatory treatment. A little over a month later, the FDA sent another warning letter to the brand DoctorVicks admonishing the company for its claims that its quercetin-infused vitamins could protect against heart disease and cancer.

For now, it seems to be unlikely that cannabis-derived quercetin treatments will replace conventional therapies in the near future — whether for cancer, Alzheimer’s, or any other condition for that matter. However, if and when the federal prohibitions on cannabis research are loosened, there’s always the possibility that scientists could make a surprising (and beneficial) breakthrough.