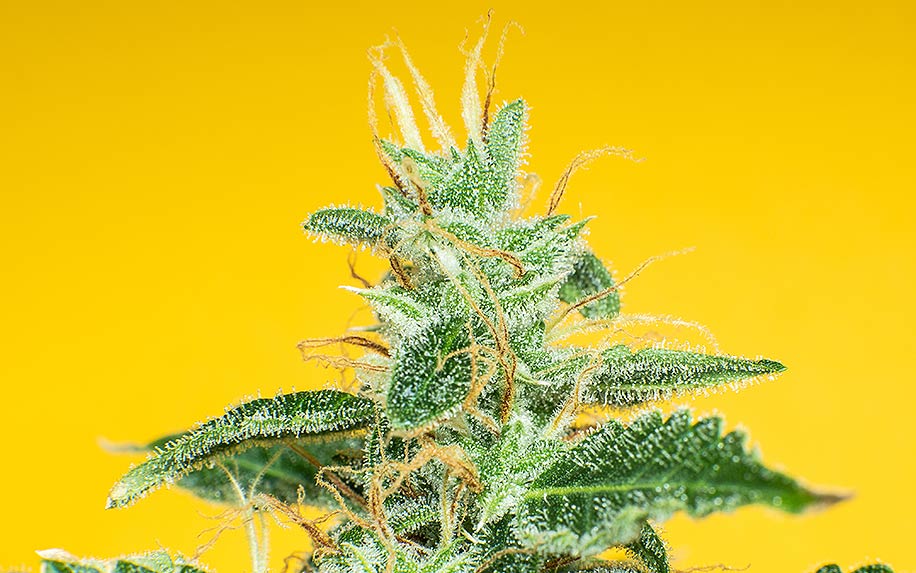 Luteolin’s neuroprotective possibilities — literally the ability to protect the brain — stand out in the field of flavonoids. Image Credit: By Lifestyle discover on shutterstock.

Although the flavonoid compounds in cannabis only make up about 2.5 percent of the dry weight of leaves and flowers, they play an important — if often overlooked — role.

On their own or in cooperation with terpenes like bisabolol and camphene, flavonoids help determine the color, taste, and odor of the cannabis plant. These qualities help protect the plant against UV damage, pests, disease, and oxidative stress, among other threats.

In some important ways, flavonoids also impact the plant’s regulatory system — much the way that cannabinoids do in people. Flavonoids affect many of the basic growth and life processes of the cannabis plant, playing a role in photosynthesis, respiration, sex-determination, and morphogenesis (which determines the plant’s shape).

When consumed by humans, flavonoids have shown some exciting if not widely-reproduced effects. On the whole, the 23 flavonoids present in cannabis have demonstrated some intriguing antiviral, antibacterial, anti-inflammatory, anti-carcinogenic, and pain-relieving properties (among others). But there’s a reason that the Food and Drug Administration (FDA) has never approved any drugs based on a flavonoid — they are generally found in low, variable concentrations, making consistent supply a challenge.

This may be changing. Scientists out of the University of Guelph in Canada recently developed a system for isolating flavonoid genes and metabolically engineering them — which makes their therapeutic use more of a practical possibility, as reported by The Star. This development, combined with the wellspring of new cannabis research, has opened up the subject of cannabis flavonoids to renewed interest.

One of the most unique (and potent) of these previously obscure compounds goes by the name of luteolin.

Luteolin: An Answer to “Brain Fog”?

Like most flavonoids, luteolin is found in many plants aside from cannabis, from vegetables like celery and broccoli to herbs like thyme and oregano to fruits like navel oranges. One of the most notable, however, is Reseda luteola, better known as “dyer’s weed,” to which luteolin imparts a bright yellow color. Found throughout Eurasia, the plant has been used as a source of dye since at least the first millennium B.C., though it began to fall out of favor in the early 1900s with the advent of cheaper manmade yellow dyes.

Herbal extracts containing high doses of luteolin have also been used for centuries in traditional Eastern medicine, valued for their potent antioxidant and anti-inflammatory effects on everything from cancer to hypertension. Western studies have also shown interest in the flavonoid, finding preliminary promise in a spate of health conditions and capacities that include cardiovascular health and the fighting of viral infections, diabetes, and several forms of cancer.

But one more potential application has continued to pop up in clinical trials, and it’s one that stands out in the field of flavonoids — luteolin’s neuroprotective possibilities.

A 2015 collaboration between Tufts University School of Medicine in Boston and University of Athens Medical School in Greece found that luteolin’s antioxidant, anti-inflammatory, neuroprotective, and memory-boosting abilities improved attention in children with autism spectrum disorders and cut “brain fog” in mastocytosis patients, a rare disorder that manifests in a number of inflammation-centric symptoms.

The term “brain fog” refers to a constellation of symptoms that include reduced cognition, an inability to concentrate and multitask, and impaired short- and long-term memory. Many immune disorders include this hard-to-diagnose condition, as scientists believe its symptoms may arise due to the presence of inflammatory molecules, causing brain inflammation.

One (very) small-scale 2017 study published in the journal CNS Neuroscience and Therapeutics drilled down on luteolin’s beneficial effects on autism, finding that the flavonoid improved the symptoms of a 10-year-old boy with autism. The study authors wrote “these data suggest that ASD [autism spectrum disorder] symptomatology may be improved by agents documented to control activation of mast cells and microglia.”

Other inquiries have sought to compare luteolin’s anti-inflammatory power with those of other flavonoids — and the results were encouraging. In a 2010 study, researchers from the United States Department of Agriculture (USDA) Agricultural Research Service investigated the ability of six flavonoids — luteolin, quercetin, chrysin, eriodicytol, hesperetin, and naringenin — to fight inflammation. Of all these, luteolin was found to have the most significant inhibitory effect on TBK-1, an enzyme known to trigger inflammation.