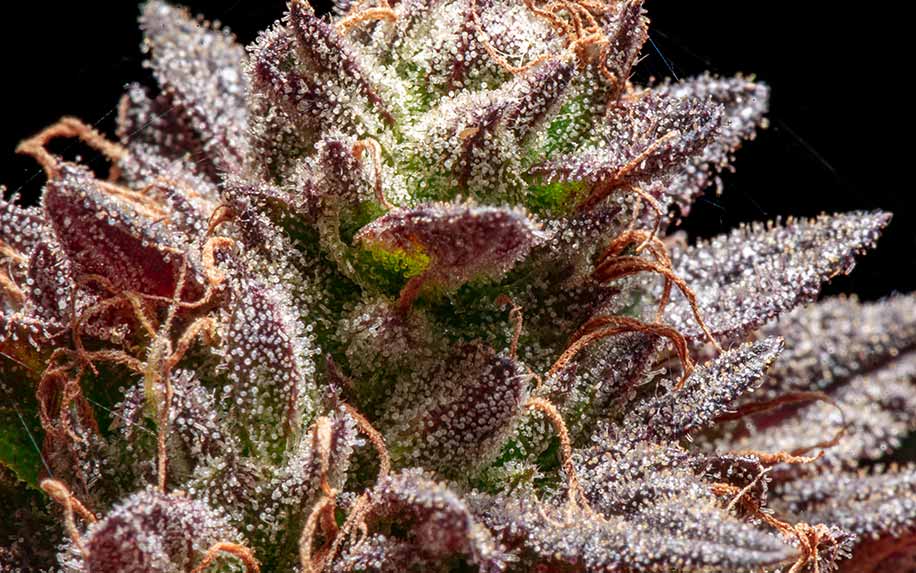 Kaempferol is a bitter-tasting compound found in a staggering number of foods, from apples and raspberries to beans and spinach. It’s also found in cannabis. Image Credit: By Shawn Allison on shutterstock.

Flavonoids are a diverse and versatile family of organic chemicals: Scientists have identified around 6,000 of them so far, many of which serve useful purposes for both the plants that produce them (like providing pigmentation or warding off insects) as well as the humans that consume them. Only a tiny fraction of these are present in the cannabis family of plants — most scientists put the number at 23 — but they’re beginning to earn a reputation for their previously-obscure therapeutic benefits.

One of the most notable is kaempferol, a bitter-tasting compound that is found in a staggering number of foods, from apples and raspberries to beans and cabbage to squash and spinach. It’s also found in a number of herbs, such as aloe and gingko biloba. Since it’s so widely prevalent, it’s perhaps unsurprising that it’s one of the most commonly-consumed flavonoids — a 2013 study published in the journal Advances in Nutrition suggested it could comprise as much as 17 percent of the average person’s daily flavonoid intake.

While federal restrictions on cannabis research have prevented scientists from delving deeply into cannabis-derived kaempferol up until this point, its abundance in other sources have allowed researchers to study it in relatively rigorous fashion (at least as far as flavonoids in general are concerned).

What they’ve found could be of particular interest to people living with cancer — but there are some significant issues to be resolved first.

Kaempferol, Cannabis, and Cancer: What Scientists Know So Far

Kaempferol is classed as a phytoestrogen — a plant nutrient that, especially when consumed regularly in childhood, is linked with decreased rates of breast cancer.

As such, kaempferol’s potential as a cancer treatment has been the subject of numerous scientific studies. In 2013, Korean researchers writing in the journal Toxicological Research reviewed the existing scientific literature in an attempt to determine the flavonoid’s potential in causing apoptosis (i.e. cellular death, which is actually a positive in this case) of different types of cancer cells.

Since then, a number of other studies have shed further light on kaempferol’s potential uses against cancer. For example, a 2016 paper in the journal PLOS One examined its potential for treating pancreatic cancer — which is one of the most difficult-to-treat cancers today, as the American Cancer Society puts the five-year survival rate at just 7 percent — and found the flavonoid to be a “protective and easily available anti-pancreatic cancer reagent that can inhibit the aggressive growth and frantic migratory activity of pancreatic cancers.”

And in 2019, Chinese researchers published a paper in the journal Biomedicine and Pharmacotherapy found that “kaempferol produced anti-breast cancer effects in vivo and in vitro mainly by inhibiting cell proliferation, preventing cell migration, and inducing apoptosis.”

However, that study also highlighted one of the main problems with using kaempferol as an anti-cancer treatment — the delivery method. Like many flavonoids, it has a low bioavailability, meaning that it’s difficult for the body to absorb and process. As a result, scientists haven’t yet been able to figure out an effective mechanism for delivering enough kaempferol to have a consistent effect on human patients.

Harvesting enough of the flavonoid, especially from cannabis, is also a looming challenge. But here, there’s an encouraging precedent at least. In July 2019, Harvard researchers were able to successfully engineer another cannabis flavonoid (known as FBL-03G, it’s one of the few flavonoids unique to the plant) and use it to kill 70 percent of pancreatic cancer cells in mice.

Whether or not this process can be replicated with kaempferol — or whether it will prove as effective in humans — isn’t yet known, but it does show that scientists are just scratching the surface of cannabis’ (and its flavonoids’) medical potential.