Know Your Cannabis Flavonoids: Cannaflavins A + B 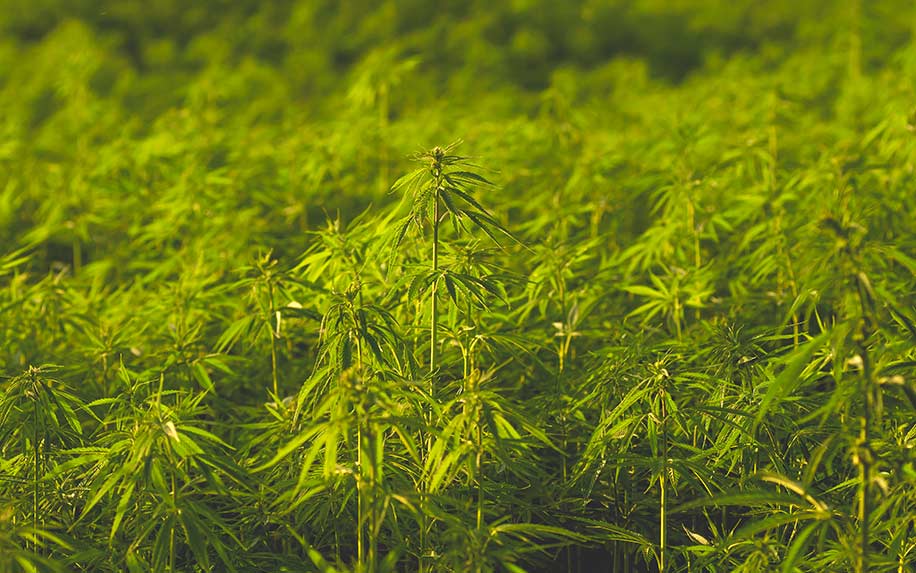 Cannaflavins are present in about 0.014 percent of marijuana and hemp plants. Image Credit: By jessicahyde on shutterstock.

Cannaflavins A and B, hailing from an overlooked class of cannabis compounds called flavonoids, may become the latest cannabis extract to claim the medicinal spotlight, thanks to a new study highlighting long-dormant claims of their anti-inflammatory powers.

Cannaflavins A and B are two of the 23 flavonoids that have so far been identified in cannabis. While these two flavonoids are unique to cannabis, most of the other flavonoids it contains are present elsewhere — in fruits, vegetables, and other plants.

As in most other plants displaying non-green pigmentation, cannabis owes some of its coloring to flavonoids such as anthocyanins, which can give rise to purplish coloration in both cannabis flowers and berries. These colorations can protect against UV exposure.

Together with terpenes like limonene and pinene, flavonoids also help to deliver the odor and flavor that users seek — but pests prefer to avoid. And though little has been proven to date, researchers believe that flavonoids are among the compounds that work in synergy with cannabinoids to create the “entourage effect,” which increases the plant’s effects more than the intake of individually extracted compounds.

On their own, flavonoids have been shown to have antioxidant, anti-inflammatory, antibacterial, and antiviral properties. But since they are present in such small quantities, they have proven difficult to extract in an economically feasible way — at least until now.

Cannaflavins A + B: A Replacement for Aspirin?

In the 1980s, Dr. Marilyn Barrett first identified Cannaflavins A and B while she was a PhD student at the School of Pharmacy of the University of London. She was looking for compounds that would counter the inflammation in the knee joints of patients undergoing surgery for rheumatoid arthritis.

Her team’s results, published in 1985 in the journal Biochemical Pharmacology, found that these cannaflavins had anti-inflammatory effects 30 times greater than aspirin. But due to the laws surrounding cannabis research, the difficulty of extraction and synthesis, and the presence of stronger NSAIDs (non-steroidal anti-inflammatory drugs) in countering inflammation, these results were never followed up on.

Recently however, conditions have changed. Canada’s Cannabis Act of 2017 has led to the flourishing of cannabis-related research, and there is greater interest in natural remedies over side effect-laden NSAIDs, the use of which can lead to kidney damage. And a team of researchers out of the University of Guelph’s Department of Molecular and Cellular Biology in Ontario, Canada may have resolved the second difficulty, in developing a method of cost-effective extraction and purification called “in silico” genome mining.

“You can’t just grow fields and fields of the plant and expect to get enough of the bioactive compound out of them, because they’re in such low amounts and, since they’re complex chemicals, they’re hard to get at,” Tariq Akhtar, the assistant professor who leads the venture, told The Star. “Extracting and purifying them is possible, but it’s not economically viable.”

Cannaflavins are present in about 0.014 percent of the plant by dry weight. The new process identifies the genes in cannabis responsible for the cannaflavins, making it possible to metabolically engineer Cannaflavin A and B without growing the whole plant.

In collaboration with the University of Guelph, the researchers patented the method. Now medical cannabis firm Anahit International has licensed the process with an eye toward commercial development.

Akhtar feels that the resulting compound may be an advance in pain management. “What’s interesting about the molecules in cannabis is that they actually stop inflammation at the source,” Akhtar told The Star. “And most natural products don’t have the toxicity that’s associated with over-the-counter pain relief drugs, which, even though they’re very effective, do come with health risks. So, looking at natural products as an alternative is a very attractive model.”

Other researchers have tried to isolate Cannaflavins A and B as well. In 2014, researchers writing in the journal PharmaNutrition suggested that sprouting hemp seeds, which don’t produce cannabinoids, could potentially serve as a rich source of flavonoids. While this process hasn’t yet yielded commercial fruit, it’s another sign that flavonoids could become a household name quicker than one might expect.