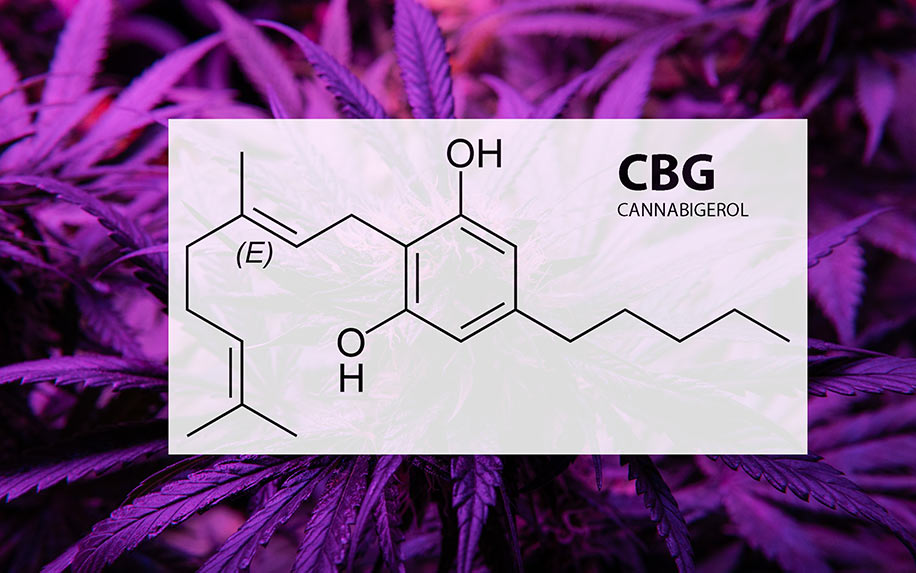 Although it seems like only yesterday that CBD became a household name, people are already searching for the “next big thing” in cannabis. Some have suggested that skin-friendly terpenes might fit the bill, while others think that flavonoids like cannaflavins A + B (which could be a superior alternative to aspirin) are a dark horse contender. However, it’s another cannabinoid — CBG — that could have the clearest path to prominence.

CBG, or cannabigerol, is a non-psychoactive compound sometimes known as “the mother of all cannabinoids,” a class of over 110 organic chemicals found in the cannabis plant. It gets this name because its precursor, cannabigerolic acid or CBGA, is the “stem cell” from which other cannabinoids like THC and CBD are formed. However, CBG itself is only present in trace amounts in most modern cannabis strains — it usually comprises around 1-2 percent of a strain’s total cannabinoid content.

This makes extracting it and manufacturing CBG-rich products an expensive proposition — a gram of CBG isolate tends to cost at least $45 — but it hasn’t stopped CBG oils, toothpastes, face creams, and other items from hitting the market, and so far they’ve proved to be a hit with consumers. As the CEO of Steve’s Goods, a Colorado-based CBD company that was among the first to launch a line of CBG-specific products, told Forbes, “[CBG is] definitely gaining momentum. We have personally administered CBG to thousands of people at over 50 events. It’s the most requested product on our website and we provide education to thousands of receptive people both in person and online every month.”

It all sounds very exciting … but what exactly is CBG supposed to do, and why are people so excited about it?

What Are the Medical Applications of CBG?

CBG has been studied for a wide range of potential purposes, from relieving glaucoma symptoms to easing the discomfort of people with irritable bowel syndrome. Here are some of the most promising findings:

CBG could slow the growth of cancerous tumors.
A number of studies have suggested CBG could be a useful treatment for several types of cancer. A 2009 study in the journal Trends in Pharmacological Sciences found that CBG was one of several cannabinoids “shown to exert anti-proliferative/pro-apoptotic effects … in a panel of tumor cell lines,” that included human breast, prostate, and colorectal cancers. Along with CBD, it was the only cannabinoid to inhibit the growth of prostate cancer cells.

More recently, a 2014 study in the journal Carcinogenesis bolstered the idea that CBG could be effective at treating colorectal cancer (CRC). Although it was conducted on mice rather than human subjects, the researchers found the results encouraging enough to state, “CBG hampers colon cancer progression in vivo and selectively inhibits the growth of CRC cells … [it] should be considered translationally in CRC prevention and cure.”

CBG might help you relax and feel better.
A 2006 study with the delightful title of “A cannabigerol extract alters behavioral despair in an animal model of depression” found that, at least for rats, CBG could be a useful tool for alleviating depression. No similar trials have been conducted on humans, but a 2010 paper in the British Journal of Pharmacology found that CBG has the potential to inhibit 5-HT(1A) receptors, often known as serotonin receptors, which are often a target for antidepressant drugs.

Interestingly, a 1975 study on cannabinoids’ ability to block the brain’s uptake of GABA (a chemical associated with anxiety and tension) is often cited as evidence of CBG’s anti-anxiety potential — but the study actually found that cannabinoids like THC and CBD were much more effective.

CBG could protect your brain.
In 2015, researchers writing in the journal Neurotherapeutics investigated how CBG could affect the brains of mice with Huntington’s disease, a fatal and incurable neurodegenerative disease that involves the breakdown of brain cells, leading to symptoms similar to Alzheimer’s.

They found that CBG was “extremely active as neuroprotectant … improving motor deficits and preserving striatal neurons against [toxicity].” CBG also seemed to help repair cells that had already been damaged. This gave the researchers a positive impression of the potential “for the use of CBG, alone or in combination with other phytocannabinoids or therapies, for the treatment of neurodegenerative diseases such as [Huntington’s disease].”

CBG might be effective at treating drug-resistant bacteria.
Like its fellow cannabinoid CBC, CBG is a useful antifungal agent, but it really shines in an antimicrobial role. A 2008 paper from Italian researchers revealed that CBG “showed potent activity against a variety of methicillin-resistant Staphylococcus aureus (MRSA) strains of current clinical relevance.”

In plain English, that means CBG could offer protection against staph infections that can’t be treated with ordinary antibiotics.