CBD vs CBN: What’s the Difference? 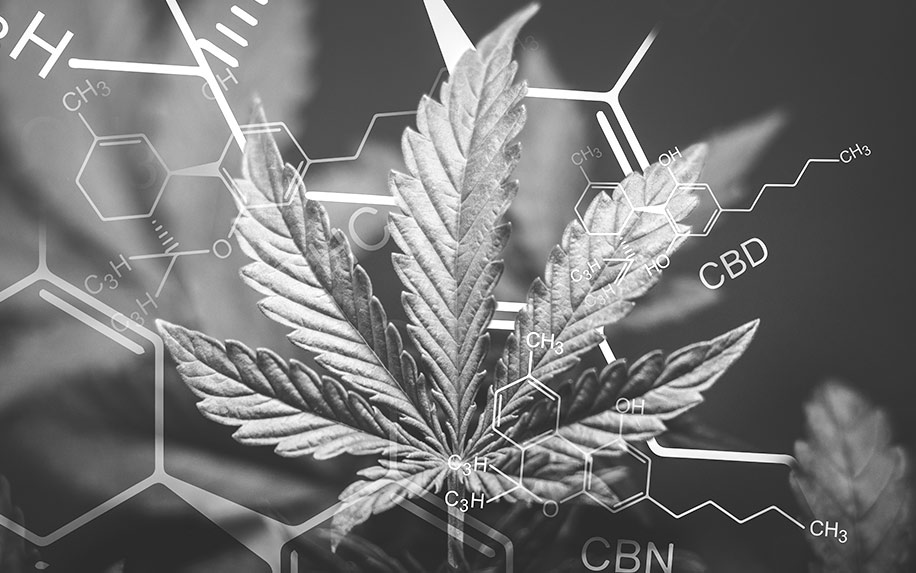 It’s important to understand the difference between CBD and CBN. Image Credit: By Lifestyle discover on Shutterstock

There are more than 100 cannabinoids in the cannabis plant, and sometimes it seems like most of them have nearly identical names. Just when you’ve figured out that “cannabidiol” means “CBD,” along comes “cannabinol”, or “CBN.” Like the names would suggest, they’re incredibly similar — but they have some big (and important) differences.

If you’re wondering why you — or anyone else, for that matter — should care about the ways in which these obscure chemical compounds complement or contrast with each other, it’s because cannabinoids like CBD and CBN are about to be in everything. Cannabis has already infatuated the skin care industry, the fitness world, and even American universities, and there’s no sign that this trend will be stopping any time soon.

It’s not just empty buzz, either. Cannabinoids represent one of the biggest potential breakthroughs in health and wellness in recent memory, and researchers have only scratched the surface of what they can offer.

However, all cannabinoids aren’t created equal. Some are sedatives, some are stimulants, and some can even do both (depending on how much you use). So while you might be familiar with what CBD has to offer, it could come as a surprise to learn that CBN offers a far different range of potential benefits.

A Quick Guide to CBD

As mentioned before, cannabidiol is CBD’s full name, and it’s one of the more abundant cannabinoids in the cannabis plant. Unlike tetrahydrocannabinol (THC), CBD has no psychoactive effects and cannot get you high.

CBD has become the current darling of the cannabis industry, thanks in large part to its ability to fight anxiety without causing a high. After the passing of the 2018 Farm Bill, it’s also become widely available across the country — only three states still outlaw its sale. It can be derived from both the hemp and marijuana plants, though the latter is more potent.

In recent months, CBD has become popular to take for a variety of health issues — and for good reason. Studies have indicated that it could potentially treat everything from seizures to autism, without causing the harmful side effects that current treatments have been known to induce.

In fact, at times it’s easier to find a health condition that CBD hasn’t been reputed to treat. It’s been touted as a remedy for ailments as diverse as anxiety and stress, post-traumatic stress disorder (PTSD), obsessive-compulsive disorder (OCD), nausea, and osteoporosis.

It’s also an anti-inflammatory, a pain reliever, a calm- and sleep-promoter, and a boon to your immune system — though at the moment the only FDA-approved CBD medication is Epidiolex, which helps to reduce certain types of seizures.

When it comes to using CBD, the choices are similarly endless. You can take it as a supplement, as a tincture, and even as a suppository. People will often vape it, eat it, or apply it as a topical cream to relieve muscle pain (though there’s little evidence this actually works.)

What CBN Has to Offer

While CBD has been the subject of many scientific studies (not to mention news articles), research into CBN has been much more limited. Scientifically known as cannabinol, it was the first cannabinoid to be discovered, thanks to the efforts of a British chemist in the 1940s. Unlike CBD, CBN is not initially present in the cannabis plant. It occurs naturally over time when cannabis is exposed to heat, oxygen, and UV light — under these circumstances, the plant’s THC degrades and eventually yields CBN.

So is it psychoactive? At the moment, there’s no clear consensus. For example, one study says CBN has a very mild psychoactive effect — though nowhere near as psychoactive as THC — and another says that CBN is not psychoactive. More research is needed to confirm which view is actually correct.

CBN is said to be a powerful sedative that can help with insomnia. It’s also a useful appetite stimulant, helping people who suffer from a low appetite caused by an illness. CBD, on the other hand, is known to have the opposite effect, which is why it’s sometimes touted as a weight loss supplement.

They do share some similarities, however. Like CBD, CBN has been shown to have antibiotic powers against harmful bacteria — including methicillin-resistant staphylococcus aureus (MRSA), which is resistant to other antibiotics. Cannabinol is also showing promise in helping with inflammation, osteoporosis, and seizures.

Thus, while CBD and CBN have some important differences, they also overlap in certain areas. Further research is needed into the medicinal properties of both compounds (especially CBN), but the early results are highly encouraging for people seeking an alternative to conventional pharmaceuticals.